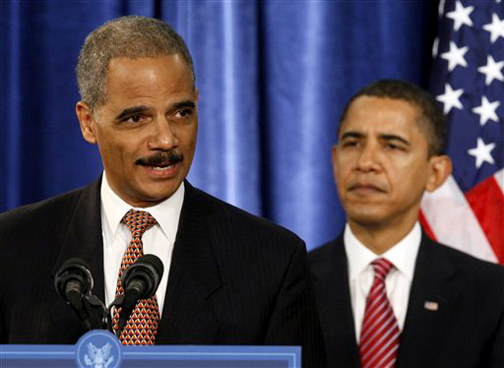 The Trump administration announced Wednesday its decision to release previously unseen documents relating to the “Fast and Furious” gun scandal that embroiled former Attorney General Eric Holder’s Department of Justice; confirming the records will be disclosed in days.

The sensitive material -which is set to be released to the House Intelligence Committee- had been previously withheld by Holder and former President Barack Obama, who used “executive privilege” to conceal the documents from the American people.

“The Department of Justice under my watch is committed to transparency and the rule of law. This settlement agreement is an important step to make sure that the public finally receives all the facts related to Operation Fast and Furious,” said Attorney General Jeff Sessions.

“We need to find out the truth, exactly what happened, how it happened, why it happened. We need Mr. Trump, President Trump, to unseal the documents, reverse executive privilege so that we know what happened, and that we can hold the people accountable that are responsible,” said the brother of murdered Border Patrol Agent Brian Terry. 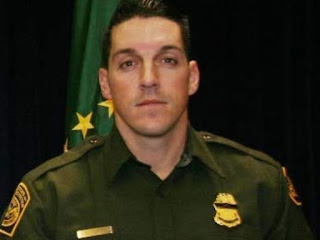 Brian Terry was killed in 2010 by an illegal immigrant with a weapon used in the botched "gun-walking" program Operation Fast and Furious.

Operation Fast and Furious was a covert mission ran by the Bureau of Alcohol, Tobacco, and Firearms (ATF) that allowed Arizona gun store owners to knowingly sell weapons to members of Mexican drug cartels in the hopes of tracking the firearms back to Mexico.

Thousands of guns went missing, with some showing up at crime scenes across the border.

By William Lajeunesse I FOX News 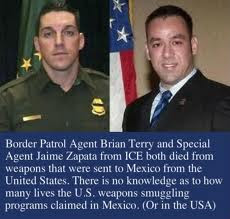 Photo: Border Patrol Agent Brian Terry and Special Agent Jaime Zapata from ICE both were killed in 2010 by an illegal immigrant with weapons used in the botched "gun-walking" program Operation Fast and Furious. 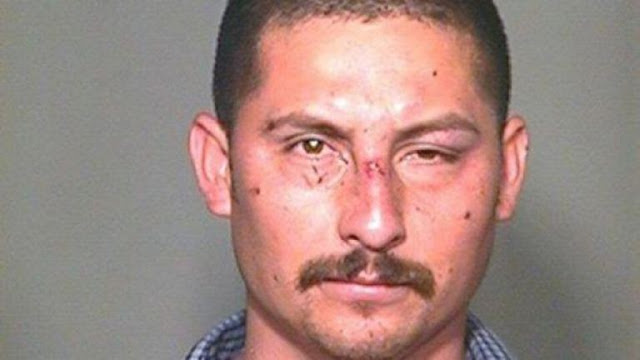 A $250,000 reward had been sought for information leading to the arrest of Osorio-Arellanes, who was captured at a ranch on the border of the Mexican states of Sinaloa and Chihuahua. U.S. authorities have said they will seek his extradition.

Terry was killed on Dec. 14, 2010 in a gunfight between Border Patrol agents and members of a six-man cartel "rip crew," which regularly patrolled the desert along the U.S.-Mexico border looking for drug dealers to rob.

The agent's death exposed Operation Fast and Furious, a Bureau of Alcohol, Tobacco, Firearms and Explosives (ATF) operation in which the federal government allowed criminals to buy guns in Phoenix-area shops with the intention of tracking them once they made their way into Mexico. But the agency lost track of more than 1,400 of the 2,000 guns they allowed smugglers to buy. Two of those guns were found at the scene of Terry's killing.

The operation set off a political firestorm, and then-Attorney General Eric Holder was held in contempt of Congress after he refused to divulge documents for a congressional investigation.

Four members of the "rip crew" have already been sentenced to jail time in the U.S. Manual Osorio-Arellanes was sentenced to 30 years in federal prison after pleading guilty to first-degree murder in February 2014.

In October 2015, Ivan Soto-Barraza and Jesus Sanchez-Meza were convicted by a federal jury of nine different charges, including first-degree murder and attempted armed robbery.

That same month, Rosario Rafael Burboa-Alvarez, accused of assembling the "rip crew," was sentenced to 27 years in prison after striking a plea agreement with prosecutors.

The last remaining member of the "rip crew," Jesus Rosario Favela-Astorga, is believed to still be at large.

http://www.foxnews.com/us/2017/04/12/fast-and-furious-scandal-suspected-triggerman-in-border-agents-murder-arrested.html
Posted by Frances Rice at 10:03 AM