The Chicken Littles Are Hammering Trump on Trade, but Charles Payne's Truth Bombs Blow Their Theories to Smithereens 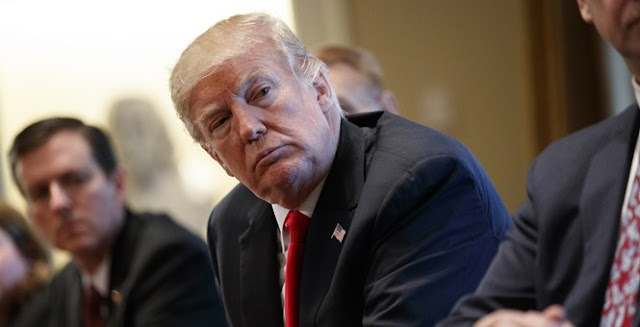 President Trump’s Thursday decision to begin the process of keeping his campaign promise to protect the American industrial base by imposing tariffs on imported steel and aluminum has seemingly gotten everyone in a tizzy, oddly uniting Big Business, top globalists, the IMF, the GOP Establishment and even liberal Democrats, all of whom never agree on anything yet are united that this particular decision will mean nothing short of an economic apocalypse for the United States.

Truly, to hear these folks tell it we’re looking at an economic scenario to rival the bleak hellscape of The Walking Dead, minus the zombies (unless you count liberals as zombies, which arguably wouldn’t be that far off).

So maybe I’m exaggerating a bit, but Chicken Little does sound pretty reasonable by comparison.

The American Chemistry Council, a group that represents some of the world’s largest corporations, including Procter & Gamble, 3M, DuPont and ExxonMobil, says the tariffs will have “punishing” effects for the economy.

Anheuser-Busch, the largest beer maker in world, said the plan would “put jobs at risk and would be against the US consumer.”

Columbia University’s Jeffrey Sachs writes on CNN.com of President Trump firing the first shot in a “delusional and destructive trade war,” and that “United States as a whole, and the world, could suffer enormously from Trump's reckless ignorance.”

Forbes contributor Steven Hanke even called Commerce Secretary Wilber Ross not just a protectionist, but an “arch” protectionist, as if the “arch” is supposed to make him more like Dr. Evil.

Pennsylvania’s Pat Toomey, a Club for Growth supported candidate who barely won reelection by less than 2 percentage points in a state Trump won for the GOP for the first time in almost two decades BECAUSE he promised to get tough on trade, considers Trump’s proposal “a big mistake.”

Liberals, too, are in agreement. The folks at Vox think Trump “decided to put the global economy at risk because he was in a pissy mood.”

Hell, even Senate Minority Leader Chuck Schumer is on board, saying on a recent cable appearance, “To say that trade wars are a good thing is just wrong.”

Other nations are naturally piling on, but only because they see signs that their thus-far lucrative gravy train might be ending.

Li Xinchuang, vice chairman of the China Iron and Steel Association, thinks Trump’s move is “stupid” and “does no good to everyone except a few American steel enterprises.”

Because really, if China doesn’t care about American steel enterprises, should anyone?

Canadians are also apoplectic, “flabbergasted” even, at the prospect of America actually standing up for its own manufacturers.

And of course, the International Monetary Fund (IMF) warned the decision would not only hurt the United States, but other countries as well.

Because apparently the meaning of capitalism these days is for the United States to allow other countries to impose tariffs on its goods at will and never respond in kind to protect its own workers and industrial base.

Thankfully, Trump’s decision isn’t without its defenders in in the media, led of late by Fox Business host Charles Payne, who says he is not a “protectionist” but wants, like most people slandered with the term, fair trade for all.

Lately, Payne has waged a heroic Twitter war with those who would sacrifice America’s industrial base on the altar of globalism.

As Payne brilliantly points out, despite the grim prognostications of those who seemingly know better, tariffs not only have worked for America in the past, but are currently working for our competitors now.

“I know tariffs are bad but...” Payne tweeted, “It seems to be working very well for the fastest growing economies in world.” The Fox Business host then listed several nations that employ tariffs and the 10 year average growth of each one.

Here are a few more truth bombs from Mr. Payne:

“Let's be clear, the EU is against tariffs when America uses or considers them but they levy 10% on all US car imports we only have a 2.5% rate on their car imports. #justsaying”

“Currently there are certain nations that take advantage of our civility and commitment to rigid belief that "free trade" really exist when there are hundreds of active cases at the WTO at any given moment. China isn't going to risk $500 billion to protect cheap subsidized steel.”

As for a trade war and the prospect for higher prices, Payne isn’t too concerned.

“The gauntlet has been thrown!” Payne tweeted, “During campaign when candidate Trump said he would push back against unfair trade including using tariffs I asked Trump voters if they would be willing to pay more for products to make a transition back to US production and everyone said ‘yes.’”

“There will be no trade war,” writes Payne.

“Sure, but who would China sell $505,597,100,000 stuff Americans bought from them last year? Cuba? China isn't going to do anything the new Emperor isn't going to risk toppling his fragile empire.”

Of the strong history of so-called “protectionist” policies, the venerable Pat Buchanan, who has been brilliant on this issue for decades, opines:

"Save for President Cleveland’s 2 percent tax, which was declared unconstitutional, there was no income tax.

So much for the "kooky" theory that trade protectionism equals economic disaster!

Buchanan laments the post-1962 demise of a Republican Party that had been, throughout its history, willing to campaign and win on protecting U.S. industry (just as Donald Trump did in 2016).

“Where in the history of great nations,” Buchanan asks, “Britain before 1850, the USA, Bismarck’s Germany, postwar Japan and China today, has nationalism not been the determinant factor in economic policy?”

Payne promises to release a report early this week on the average tariffs for the fastest growing countries in the world. Will those who view the data still insist that America cannot possibly protect its industrial base and win economically?

In a piece last July arguing against Trump’s trade policies, even the Atlantic had to admit that “Many economists and industry experts agree that the United States faces unfair competition and artificially low prices that have damaged the domestic steel industry.”

“But they don’t agree that a tariff is the right approach for addressing the problem,” the piece continued, because tariffs “could backfire,” or something.

Sure, it’s a nice argument, but if tariffs have worked in the past for the United States and continue to work for the rest of the world, it’s not one bolstered by history or reality.

Not that the Chicken Littles have ever been concerned with either.