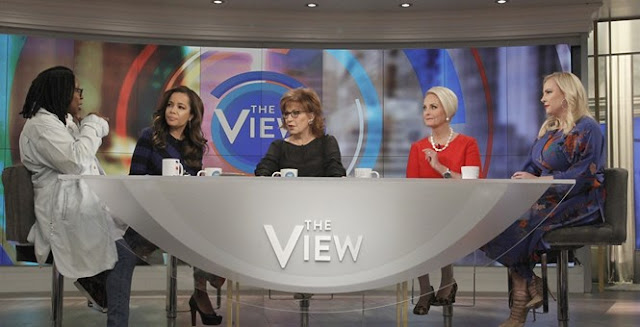 Meghan McCain called the Clintons a “virus” on “The View” Tuesday in response to remarks Hillary Clinton made in India Monday calling Trump voters racist and sexist.

McCain also said Clinton’s messaging is maybe not the best for the Democratic party coming into the midterm elections.

"His whole campaign: 'Make America Great Again' was looking backwards,” Hillary told a crowd in Mumbai of Trump. “You know, you didn't like black people getting rights, you don't like women, you know, getting jobs, you don't want to you know see that Indian American succeeding more than you are, whatever your problem is, I'm going to solve it.' So it was a symptom."

“She ran one of the worst campaigns ever,” McCain said in response to Clinton’s remarks, “she didn’t do the kind of ground game in Wisconsin and North Carolina that she should have. I think at this point if you can’t stop making this about virtue-signaling and race, a lot of it was about poverty, a lot of it was about the economy, a lot of it was this anti-Washington sentiment, anti-establishment sentiment that we should’ve seen growing within the Tea Party.”

“Honestly, I have to tell you,” she added. “It’s one thing to lose to President Obama. It’s an entirely other thing to pull off losing to President Trump. And you gotta come up with a better excuse than this.”

McCain warned that Hillary’s messaging could backfire in the upcoming midterm elections.

“If your messaging is that you want to go back in time, that women can’t think for themselves, that our husbands, and our bosses, and our sons tell us what to do, that’s quite the message going forward into midterms and [the] general election,” she said.

“The Clintons are a virus in the Democratic Party. You have to move on,” she said.

“Well I thought that it was time for them to back off right now,” Behar agreed, “I don’t think that they’re helping the party right now.”

https://townhall.com/tipsheet/laurettabrown/2018/03/13/meghan-mccain-calls-the-clintons-a-virus-over-hillarys-latest-remarks-on-trump-voters-n2460511?utm_source=thdailypm&utm_medium=email&utm_campaign=nl_pm&newsletterad=
Posted by Frances Rice at 10:39 AM