Washington’s Fantasies Are Not People’s Reality 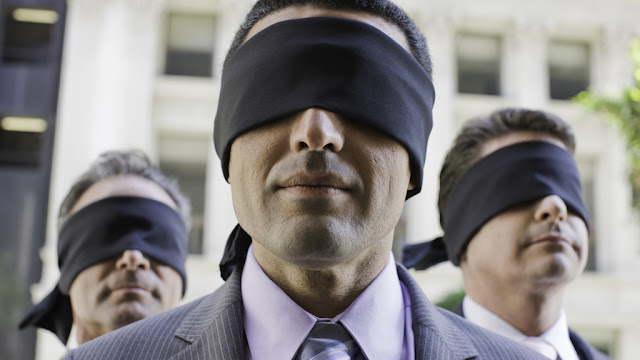 The Beltway’s sober and judicious foreign-policy establishment laments Donald Trump’s purported dismantling of the postwar order. They apparently take the president’s words as deeds and their own innate dislike of him as disinterested analysis.

But is the world really imploding after 70 years of supposed “calm”?

In other words, Trump did not inherit an especially stable world. So has any elite expert over the past two years attempted to make sense of how some positive and much-needed change abroad was guided by Trump, someone without political and military experience and with a flawed character—and how and why that sometimes happens in history?

In truth, after 2016, the United States is increasing its financial commitments to NATO. Several European members of the alliances may finally be addressing their prior unmet obligations and increasing defense spending.

The United Nations at least understands from Ambassador Nikki Haley that the United States will call out, rather than aid and abet, its occasional anti-Semitic lunacy.

The president did not arbitrarily cancel the North American Free Trade Agreement. Instead, the agreement is up for renegotiation on terms other than the expectation that the United States will always accept asymmetrical deals as part of its required role as the continent’s superpower.

The world itself is not in chaos as alleged. It seems a far safer place than it was between 2009 and 2016. ISIS is no longer a viable threat, promising to establish a new caliphate, in between beheading, burning alive, and drowning the innocent on video.

Israel is once again a strong U.S. ally. Saudi Arabia for the first time in its history is considering real reform. The Palestinians are beginning to understand that they can still damn, even threaten the United States, but not necessarily with U.S. aid money.

Iran is no longer harassing or hijacking U.S. ships. It is not so frequently boasting about what it will do to the Great Satan and Israel, much less sending missiles near U.S. carriers.

The world did not fall apart when the U.S. moved its embassy to Jerusalem or withdrew from the Paris Climate Accord. That fact instead exposed so-called elite predictions of Armageddon as the hysteria.

Syria expects to be bombed each time it uses chemical weapons that were declared “nonexistent” by an outgoing Obama Administration.

North Korea is not boasting any longer of incinerating American West Coast cities, but at least feigning consultation with China about denuclearizing the peninsula.

China understands that for two decades a naïve West has let it cheat at will on trade agreements, on the spurious idea it would become more pro-Western and democratic, the more that the West subsidized its breakneck modernization. Now it is at least talking about discussing its asymmetrical relationships with all its trading partners.

America Remains the Best and Only Option

Europe offers no alternative paradigm to a supposedly renegade United States. The German model of open borders and economic mercantilism no longer works all that well for Germany. The EU is more fearful of dissolution than preening of expansion.

Mexico understands that the era of exporting its human capital to avoid social justice reform at home is coming to a close. So, too, is the ruse of championing its poor only when they are long gone. America is tiring of the strange gymnastics of illegal immigration.

Millions are subsidized by the U.S. social services safety net to send back to Mexico $30 billion in annual remittances, as their home government gratuitously tars their benefactor as racist and imperialist.

The U.S. economy did not implode in early 2017 and take down the world with it. The stock market did not crash. Our labor non-participation rate did not spiral.

Instead, the country may be on its way to achieving its first 12-month period of 3 percent growth in 12 years. The stock market is at record highs, despite a few bumps, and unemployment at near-record peacetime lows.

There is also not so much talk of always increasing electricity rates, destroying the coal industry, banning more fracking, and subsidizing more Solyndra-like crony “green” companies.

Instead, the United States is now the world’s largest energy producer. Soon we may be our own largest petroleum producer.

American companies are more likely to come home than to keep pulling up and moving abroad.

Silicon Valley tech companies have never done so well under a president they hate so much.

The U.S. military for the first time in eight years is recovering its former strength.

One way or another, there will likely be no more Bowe Bergdahl deals, decreased security at U.S. embassies and consulates in the Middle East, Iran Deals, or “strategic patience” and “lead from behind” doctrines.

When outnumbered Americans are trapped in a shootout abroad, it is more likely help will be on the way than the requests of the beleaguered would be put on hold.

The Obama “reset” doctrine has long been humiliated and buried.

Likewise, the Obama finger shaking of “cut it out” to Putin seems to be recalibrated by expelling Russian diplomats, hitting back at Russian mercenary attackers in the Middle East, and arming Ukrainian defense forces, as the U.S. tries to improve its missile defenses and upgrade its nuclear forces.

No one is talking any more about bargaining with Vladimir Putin to slash the American nuclear umbrella.

I don’t think new Secretary of State Mike Pompeo is aiming for a Nobel Prize. James Mattis and John Bolton likely disagree on a lot, but probably not on unchanging human nature and how to react to it.

Japan and South Korea certainly do not think America has abandoned them. They seem so far more eager to show the United States that they are strategic partners. They may well believe that the Trump Administration is more likely to come to their aid in extremis than were its mellifluous but otherwise inert Obama predecessors.

The Establishment is Still Willfully Blind

The above is the reality. To the degree it has been achieved in 16 months by a president who shouts, pouts, cajoles, threatens, exaggerates, and proves unpredictable and mercurial is a commentary on the establishmentarians and their own grasp of human nature.

Donald Trump’s postwar order did not give us alienated allies in the Middle East, a rubbery NATO, North Korean intercontinental missiles, Iran on an ascendant arc in the Middle East, China’s new Greater East Asia Co-Prosperity Sphere, Putin unbound, and bewildered enemies like Cuba and Iran wondering why they were courted as friends.

This same strange Washington disconnect between fantasy and reality reigns at home.

After nearly two years of hysteria, there has never been proof adduced of Trump-Russian collusion. Robert Mueller’s legal team—the party affiliations of its lawyers, their past involvements with players in contemporary scandals, and their leaking and scurrilous behaviors and communications—is a textbook example of how to create conflicts of interest and ensure an absence of public support.

The more Washington journalists scream of collusion, the more they are willfully blind to one of the most disturbing scandals in American history brewing right under their noses.

Many in the hierarchy of the Obama FBI, Justice Department, and national security team likely were involved in illegally spying on U.S. citizens.

They were massaging and warping the FISA courts to issue their warrants, unmasking many of the names of those surveilled, and then leaking them improperly and illegally to the media.

Nearly a dozen top Justice Department and FBI officials already have been fired, reassigned, or retired. None, except James Comey, are now gone because of what Donald Trump did to them. They’re out as a result of their misguided zeal and careerist miscalculations, for what they tried to do to the duly elected president of the United States.

The resistance to getting to the bottom of the Uranium One scandals, the Hillary Clinton illegal private email server, the trafficking in classified documents, the Clinton Foundation façade, and the politicization and weaponization of Obama-era U.S. intelligence services is not because there was no wrongdoing.

Rather, the silent fear is more that a disinterested investigation would lead to discoveries of such a magnitude of wrongdoing by some of the most influential Americans of the present age, that to seek their indictments would undermine the structures of the Washington establishment.

How, after all, could the U.S. Department of Justice indict now-retired Hillary Clinton for these crimes:  For giving false testimony, for illegally using a private email server, for unleashing her husband to do quid pro quo Clinton Foundation deals—or for hiring a foreign national to compile a hit dossier of gossip and rumor, much of its gleaned through the active and bought collusion of Russian operatives, and empowered by the Obama FBI and Justice Department to undermine the credibility of the Trump 2016 campaign, and later his transition and presidency?

It is one thing for several in the FBI and the Justice Department to be relieved of their jobs.

But it is quite another to investigate why the likes of John Brennan, James Clapper, Ben Rhodes, Susan Rice, and others were apparently trafficking in the surveillance of American citizens.

Or reexamine whether Huma Abedin, Cheryl Mills, James Comey, or Andrew McCabe misled investigators or perjured themselves or made up things to Congress.

Or reexamine what exactly ex-President Bill Clinton was doing with Russian interests to prompts such huge gifts to the Clinton Foundation and such generous largess to himself—lucre that mysteriously has ceased to flow since November 2016.

The media likewise for the last year has joined the stampede.

It is apparently unaware that its shock at Donald Trump’s rhetoric, behavior, and comportment had nothing to do with the reality of his governance.

In all its self-righteous exclamation that the new journalism meant reporters had to be advocates of social justice and opponents of the likes of Donald Trump, the American media almost turned into a propaganda ministry of 90 percent negative coverage of the president.

Yet by any fair standard, he had not as president done things 90 percent wrong.

The longer, like Captain Ahab, they hunt down the mythical white Trump whale, the more they are ruining the very reputation of journalism as they once inherited it.

So, we live in two worlds. One is the material cosmos of concrete action and deeds.

The other reality is little more than the unfiltered fears, anxieties and fantasies of ill-informed television talking heads, groupthink opinion journalists, and progressive zealots who have conflated a sometimes-uncouth president with all their own apprehensions, and called the result Nazism and fascism.

When this depressing period in American news and commentary is over, the liberal order will not like the verdict.