An Open Letter to Sergey Brin 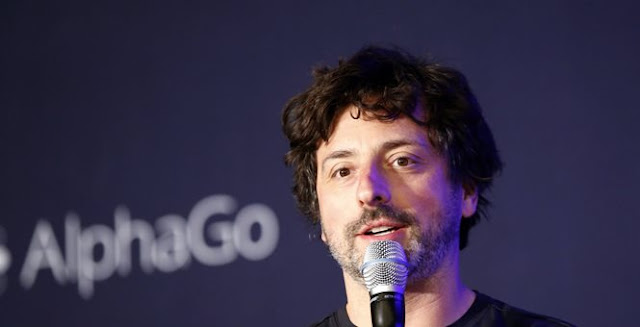 Dear Mr. Brin: Fifty years ago this week, when I was a 21-year-old college senior, I was in the Soviet Union, sent by the government of Israel to smuggle in Jewish religious items and smuggle out names of Jews who wanted to escape the Soviet Union and could then be issued a formal invitation to Israel.

I was chosen because I was a committed Jew and because I knew Hebrew and Russian. I was no hero, but the trip did entail risk. The Soviets did not appreciate people smuggling out names of Soviet citizens who sought to emigrate, information the Israeli government and activist groups in America used to advocate on their behalf.

My four weeks in the USSR were, of course, life-changing. This young American, lucky beyond belief to have spent his entire life in the freest country in the world, experienced what it was like to live in a totalitarian police state.

People feared merely being seen speaking with a Westerner, lest the KGB arrest and interrogate them. People arranged to meet me at a certain tree in a certain park and only spoke to me while walking to avoid eavesdroppers. I met with Jewish engineers, doctors and professors who could find no work because they were known to the government to be "otkazniki," or "refuseniks" -- Jews who had applied for exit visas to leave the Soviet Union and been refused permission. I'm sure you know of them from your parents.

I left the Soviet Union angry and grateful -- angry there are people who have the audacity to tell other people what they could and could not say, and grateful beyond measure to have been born in America, where no one could tell anyone what they could say. From that day to this, I have never taken freedom, especially freedom of speech, for granted.

Why I am writing to you about this?

Because, beyond my wildest dreams, two things are happening in America.
One is that for the first time in America's history, free speech is seriously threatened.

In 1977, when Nazis sought to march in Skokie, Illinois -- those terrible human beings chose Skokie because it was home to many Jewish Holocaust survivors -- virtually every liberal and conservative organization, including Jewish organizations, defended the Nazis' right to march. Because in America -- and only in America -- it was understood that even if the most loathsome speech was not protected, all speech was at risk.

Today, decent people -- people who abhor Nazism and every other form of evil, left or right; people like Jordan Peterson, Ben Shapiro and Ayaan Hirsi Ali -- are shouted down, threatened, disinvited or never invited to speak at America's universities.

The other thing that is happening is even more frightening. The company that you co-founded, Google, the greatest conduit of speech in world history, is also suppressing speech. I have asked myself over and over: How could the company founded by a man whose parents fled the Soviet Union do this?

It so boggles the mind that I have to hope you are simply not fully aware of what your company is doing.

So, in a nutshell, let me tell you what Google has done to one organization, Prager University (better known as PragerU). Every week, PragerU releases a five-minute video on virtually every subject outside of STEM (science, technology, engineering and math). Some of the finest minds in the world have presented these videos -- including professors from Harvard, Stanford and MIT; four Pulitzer Prize winners; three former prime ministers; liberals; conservatives; Democrats; Republicans (including never-Trumpers); gays; and, of course, many women and members of ethnic and racial minorities.

Yet YouTube, which Google owns, has placed hundreds of our videos on its restricted list. In addition to the inherent smear of being labeled "inappropriate for children," this means no family that filters out pornography and graphic violence, no school and no library can see those videos. Among those restricted videos is one during former Canadian Prime Minister Stephen Harper defends Israel.

Had someone told me 50 years ago that a company led by the son of Soviet Jewish refuseniks would suppress a video by a world leader defending the Jewish state, I would have told them they were out of their mind. That's one reason I can only assume, or at least hope, that you are not fully aware of what your company is doing.

In fact, PragerU has repeatedly asked Google over the past several years why any of our videos are on the restricted list, and we have received either a runaround or silence. We have never received a substantive explanation.

We have no desire to see government intervene in private business to protect free speech. But your company has availed itself of protections under law that shield it from liability for defamation, copyright infringement, etc. Your company's arrogance is such that a vast number of Americans -- liberals as well as conservatives -- are worried that the major conduit of speech in the Free World doesn't care about free speech.

Mr. Brin, along with millions of other Americans, I fought to bring your parents from a land with no freedom to the Land of the Free. None of us has ever asked for anything in return. It was our honor to work for liberty in general and for Soviet Jewry specifically.

What Americans most want from immigrants is that they help keep America free. I never had any doubt that those leaving the Soviet Union would fulfill that mission.

Freedom of speech is the most fundamental of all freedoms. It's what your parents yearned for and bequeathed to you. Please don't help take it away from those who made it possible -- the people of America.

Dennis Prager is a nationally syndicated radio talk-show host and columnist. His latest book, published by Regnery in April 2018, is "The Rational Bible," a commentary on the book of Exodus. His film, "No Safe Spaces," comes to theaters fall 2019. He is the founder of Prager University and may be contacted at dennisprager.com.