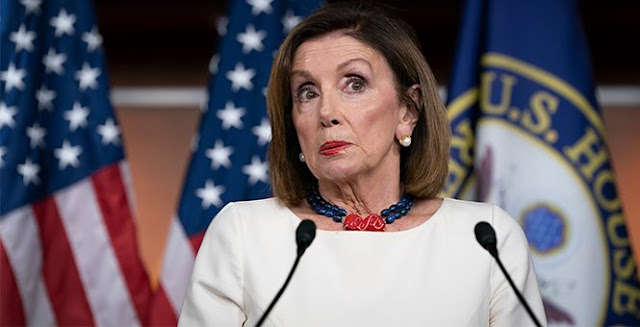 Ciaramella is a holdover from the Obama administration and a registered Democrat. He's been accused of leaking like crazy. He worked with Joe Biden, he's a vocal critic of President Trump, and he invited a DNC operative inside the White House to attend meetings. He also helped instigate the investigation into Russia collusion. So, of course, Democrats believe his second-hand complaint about President Trump's phone conversation with Ukranian President Zelensky over the actual transcript of the call itself.

Also, Ciaramella huddled for “guidance” with the staff of House Intelligence Committee Chairman Adam Schiff, including former colleagues also held over from the Obama era whom Schiff’s office had recently recruited from the NSC. (Schiff is the lead prosecutor in the impeachment inquiry.)

And Ciaramella worked with a Democratic National Committee operative who dug up dirt on the Trump campaign during the 2016 election, inviting her into the White House for meetings, former White House colleagues said. The operative, Alexandra Chalupa, a Ukrainian-American who supported Hillary Clinton, led an effort to link the Republican campaign to the Russian government. “He knows her. He had her in the White House,” said one former co-worker, who requested anonymity to discuss the sensitive matter.

The report claims that federal records show Ciaramella attended a state luncheon with Joe Biden's office back in October 2016. You'll never guess who else was there? Former FBI Director James Comey and former National Intelligence Director James Clapper. You can't make this stuff up! The report says it was strange for Ciaramella, a relatively low-level GS-13 federal employee, to have been there. And it describes Ciaramella's invitation as "unusual," saying it "signaled he was politically connected inside the Obama White House."

With Ciaramella’s name long under wraps, interest in the intelligence analyst has become so high that a handful of former colleagues have compiled a roughly 40-page research dossier on him. A classified version of the document is circulating on Capitol Hill, and briefings have been conducted based on it. One briefed Republican has been planning to unmask the whistleblower in a speech on the House floor. On the Internet, meanwhile, Ciaramella's name for weeks has been bandied about on Twitter feeds and intelligence blogs as the suspected person who blew the whistle on the president. The mainstream media are also aware of his name.

No wonder Democrats and the media have kept such a tight lid on the whistleblower's identity. Now William Barr needs to investigate the origins of the whistleblower's complaint so we can get to the true conspiracy here, which is more and more looking like just another attempt to overturn the results of the 2016 election.