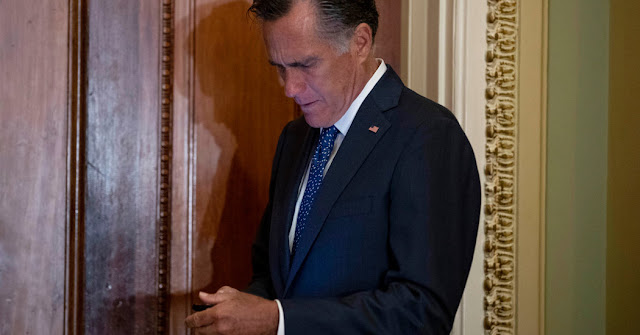 Sen. Mitt Romney, one of President Trump’s top Republican critics, on Sunday appeared to confirm the existence of a shadow Twitter account with the handle @qaws9876 with the name Pierre Delecto.

Just spoke to @MittRomney on the phone, and asked him about Pierre Delecto. His only response: "C'est moi." Updated my story accordingly: https://www.theatlantic.com/politics/archive/2019/10/mitt-romney-middle-impeachment-fight/600373/ … 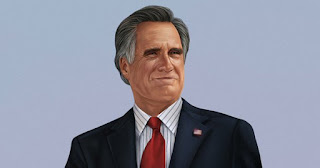 The Liberation of Mitt Romney
The newly rebellious senator has become an outspoken dissident in Trump’s Republican Party, just in time for the president’s impeachment trial.
theatlantic.com

A writer for The Atlantic, who just wrote a profile on the Utah Republican and his tense relationship with the president, asked Romney about the mystery Twitter account. He said Romney responded in the affirmative: “C’est moi,” which in French means "It's me." 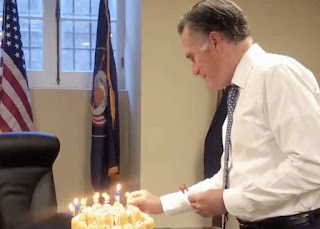 Many took to social media to make fun of the name, which reminded users of the Anthony Weiner saga with Carlos Danger. Seth Abramson, a writer for Newsweek, took to Twitter to joke, “Stop me if you heard this one: Pierre Delecto, Carlos Danger and John Barron walk into a bar…”

I think people on both sides of the aisle can admit that Pierre Delecto is an amazing fake twitter name.

John Barron was reportedly the name of Trump’s purported spokesman in the 1980s — actually Trump himself responding to reporters. The Washington Post, citing the book “Never  Enough: Donald Trump and the Pursuit of Excellence,” reported that Trump’s father, Fred Trump, would also use a phony spokesman named “Mr. Green.”

Romney, R-Utah, took a series of shots at President Trump in an interview that aired Sunday, saying that some of the president’s rhetoric appealed to racism and claiming that under his leadership, the U.S. was abandoning allied Kurdish fighters in Syria.

“The places where I would be most critical of the president would be in matters that were divisive, that appeared to be appealing to racism or misogyny, and those are the kinds of things I think that have been most, most harmful long term to the foundation of America’s virtuous character,” Romney, who said he wrote in his wife, Ann, when he voted in 2016, told “Axios on HBO.”

Although Romney noted he still votes with Trump 80 percent of the time, he and the president have clashed in recent years, with Trump ridiculing Romney over his 2012 defeat against incumbent President Obama. Trump recently branded Romney a “pompous ‘a–‘ who “choked” in his own run for the White House.

Earlier this year, Romney penned an op-ed in which he attacked Trump’s conduct and said “he has not risen to the mantle of the office.”

https://www.foxnews.com/politics/social-media-responds-to-mitt-romneys-apparent-pierre-delecto-twitter-account
Posted by Frances Rice at 8:20 AM