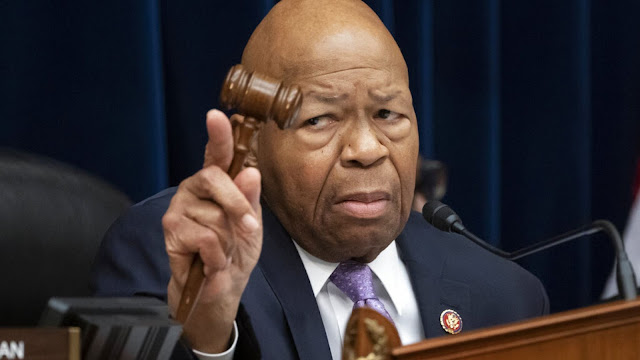 Rep. Elijah Cummings, the powerful House Democrat who represented Baltimore for more than two decades and was a vocal critic of President Trump, died early Thursday after battling health problems, his office said in a statement.

Cummings, who was 68, died at Gilchrist Hospice Care, a Johns Hopkins affiliate. As chairman of the House Oversight and Reform Committee, he was one of the most powerful Democrats in Washington, and played a key role in the House Democrats' ongoing efforts to impeach Trump.

His office said in a brief statement that he died "due to complications concerning longstanding health challenges." Cummings had been in ill health the past few years, navigating the Capitol in a motorized cart and using a walker.

"He worked until his last breath because he believed our democracy was the highest and best expression of our collective humanity," his wife, Maya Rockeymoore Cummings, said Thursday.

CLICK HERE TO READ THE REST OF THIS ARTICLE
Posted by Frances Rice at 9:00 AM