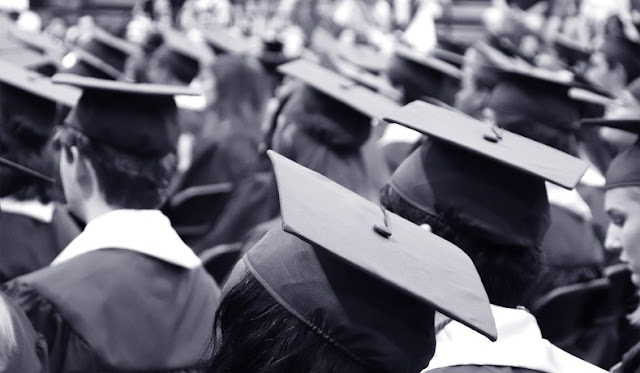 In turning out woke and broke graduates, they have a lot to answer for. (Pixabay)

What do widely diverse crises such as declining demography, increasing indebtedness, Generation Z’s indifference to religion and patriotism, static rates of home ownership, and a national epidemic of ignorance about American history and traditions all have in common?

In a word, 21st-century higher education.

A pernicious cycle begins even before a student enrolls. A typical college-admission application is loaded with questions to the high-school applicant about gender, equality, and bias rather than about math, language, or science achievements. How have you suffered rather than what you know and wish to learn seems more important for admission.

The therapeutic mindset preps the student to consider himself a victim of cosmic forces, past and present, despite belonging to the richest, most leisured, and most technologically advanced generation in history. Without a shred of gratitude, the young student learns to blame his ancestors for what he is told is wrong in his life, without noticing how the dead made sure that almost everything around him would be an improvement over 2,500 years of Western history.

Once admitted, students take classes from faculty who, polls reveal, are roughly 90 percent liberal. According to one recent survey, Democrat professors on average outnumber Republican faculty by a 12-to-1 ratio on the nation’s supposedly diverse campuses. But such political asymmetries are magnified by a certain progressive messianic self-righteousness that turns the lectern into the pulpit, the captive class into a congregation. The rare conservative professor is more resigned to the tragedy of the universe and, in live-and-let-live fashion, vacates the campus arena to the left-wing gladiators who wish to slay any perceived heterodoxy.

Campus activism has replaced the old university creed of disinterested inquiry. Students are starting to resemble military recruits in boot camp, prepping to become hardened social-justice warriors on the frontlines of America’s new wars over climate change, gun control, abortion, and identity politics. In Camp Yale or Duke Social Warrior Base, they learn just enough about purported historical oppression to make them dangerous, as they topple statues, demand the renaming of streets and buildings, and swarm professors deemed politically incorrect.

They are quite ready as a mob to dish it out against unorthodox individuals, and yet they’re suddenly quite vulnerable and childlike when warned to lighten up about Halloween costumes or a passage in Huckleberry Finn. The 19-year-old student is suddenly sexually mature, a Bohemian, a cosmopolitês when appetites call — only to revert to Victorian prudery and furor upon discovering that callousness, hurt, and rejection are tragically integral to crude promiscuity and sexual congress without love.

The curricula in the social sciences and humanities are largely politicized. Culture, history, and literature are often taught through the binary lenses of victims and victimizers, as a deductive zero-sum melodrama. There is little allowance for tragedy, irony, and paradox or simply the complexities of the human experience.

That preexisting slavery, imperialism, and atrocity were as common in the New World, Asia, and Africa as in Europe is rarely mentioned in the boilerplate campus indictment of the West.

The reason that the Aztecs were in Mexico and Central America rather than Madrid was not that they were morally superior. Nor was it that they lacked imperial impulse. Rather, they lacked ocean-going technology, sophisticated maritime navigation, gunpowder, horses, steel, and a military tradition dating back to Rome. So they confined their genocidal sacrifices and imperial conquests to their neighbors on the Mexican peninsula.

Stranger still, the actual structure of the university is as reactionary as its governing ideology is radical.

In a society where almost no one has lifetime job security, professors take for granted archaic ideas of tenure as a modern career birthright. Yet they seem reluctant to extend such costly indulgences to other part-time instructors who are less fortunate.

The dirty little secret on campuses is that a legion of exploited, temporary lecturers, usually without multiyear contracts, are paid far less than tenured professors — often to teach the same classes. In short, an entire caste of low-paid faculty who lack the perks and benefits of their liberal permanent superiors subsidize thousands of colleges and their supposedly liberal agendas.

The academic mentality is to feel angst about the distant plight of the would-be illegal immigrant waiting to cross the border; the angst is a sort of medieval penance for ignoring the exploited lecturer under one’s nose who indirectly supports the perks of the tenured.

Progressive college administrators, in the abstract, love unions and collective bargainers as long as they stay off campus and far away from their own exploited teachers. Tenure was originally designed to protect the sometimes unorthodox and even heretical views of the faculty. Today, however, professors who preach “diversity” in lockstep do not want to hear diverse ideas and values, among either students or faculty.

Tenure has become not protection for against-the-grain expression but a merit badge for the party faithful coming up through the ranks. Try giving a public lecture on campus about the ill effects of abortion, the inconsistencies of global-warming advocacy, respect for the Second Amendment, or skepticism over identity politics. The result would be a student version of the Jacobin Reign of Terror.

The federal government guarantees student loans to pay skyrocketing tuition and room and board. That guarantee has empowered crony-capitalist universities to hike their annual costs far above the rate of inflation — without much worry over what happens to their customers when and if they graduate.
Elsewhere in the real world, buyers receive guarantees when they pay for services. Consumers are appraised of the risks of taking out high-risk loans. But most colleges and universities are exempt from such oversight.

At first, students don’t seem to object — at least when they are in school and still mesmerized by luxury apartments, latte bars, Club Med fitness centers, and dreams of six-figure salaries upon graduation as payback for their progressive fides. Apparently, campuses have adopted the logic of car dealers who jack up the prices of their autos at buying time with all sorts of hip, extra accessories that hypnotize consumers into taking out multiyear loans to purchase luxury models beyond their means.

Eighteen-year-olds entering college are seldom warned by campus financial officers exactly how long their debt obligations will last — or which majors are likely to lead to better salaries after graduation. None are given itemized bills that are broken down to show where their money is going. Many who will remain in debt for years might have wished to know how much they paid for the vast swamp of non-teaching facilitators and high-paid administrators.
Colleges today can never assure students that after graduation they will at least test higher on the standardized tests than when they entered.

If colleges could do that, they’d long ago have required exit examinations to boast of their success. Instead, the higher-education industry insists that almost any baccalaureate degree is a good deal, without worrying about how much it costs or whether their brand certifies any real knowledge. Again, the logic is that of consumer branding — as we see with Coca-Cola, Nike, and Google — in which status rather than cost-benefit efficacy is purchased. Does anyone believe that a graduating senior of tony Harvard, Yale, or Stanford knows more than a counterpart at Hillsdale or St. John’s?

The net result is a current generation that owes $1.6 trillion in college loans to the federal government. And that debt is now affecting the entire country, including those who never went to college, who as taxpayers eventually may be asked to forgive some if not all the debt.

An entire generation of Americans has costly degrees; many cannot use them to find well-paying jobs, and they increasingly forgo or delay marriage, child-rearing, and buying a car or home until their mid-twenties or thirties. All that pretty much sums up the profile of Antifa, Black Lives Matter, and Occupy Wall Street adherents — or the environmental-studies major who is shocked that a skilled electrician makes three times more than he does.

Colleges are turning out woke and broke graduates. They are not up to ensuring the country that they will pass on to the next generation an America that’s as prosperous, secure, and ethical as what they inherited and have so often faulted.

Ignorance, arrogance, and ingratitude are now the brands of the undergraduate experience. No wonder a once duly honored institution, higher education, is now either the butt of jokes or cynically seen as a credentialing factory.

NRO contributor VICTOR DAVIS HANSON is the Martin and Illie Anderson Senior Fellow at the Hoover Institution and the author, most recently, of The Case for Trump. @vdhanson

https://www.nationalreview.com/2019/10/universities-breed-anger-ignorance-ingratitude/
Posted by Frances Rice at 9:28 AM