The Rise of Young Black Conservatives 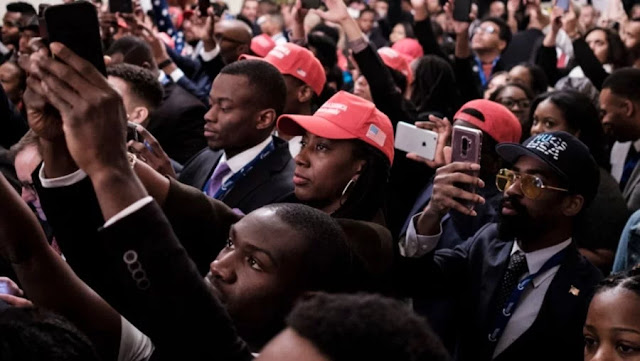 This past weekend, I spoke for the second time at the second annual Black Leadership Summit in Washington, D.C., hosted by Turning Point USA. Turning Point was founded in 2012 by then-18-year-old Charlie Kirk. Its website describes its goal as seeking "to identify, educate, train, and organize students to promote the principles of freedom, free markets, and limited government." 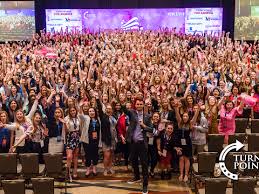 In an interview with Business Insider, Kirk asked: "Have you ever seen a conservative shout down a liberal speaker on campus? Isn't that kind of strange, though, that the left does that every day and conservatives don't?" He argues: "We live in a broken culture. Where the conservative movement is making gains really quick and where the left is really struggling right now is that we are offering remedies for a broken culture."

Not too surprisingly, Turning Point is not without controversy. A column in the conservative Washington Examiner written by a college senior insists: "TPUSA is initially attractive to many young people due to the organization's savvy marketing using memes, posters, and catchy slogans such as 'socialism sucks.' And at first glance, this may seem like a good thing for the conservative movement.

"But everyone should be concerned by the mainstreaming of TPUSA and Kirk. ... In reality, it's an organization that pulls kids too young to know any better into a group that's deeply troubled and dishonest at its core."

A piece in the Wall Street Journal written by a senior at Dartmouth criticizes groups like Turning Point for receiving funding by wealthy donors. The student wrote: "These groups are well-organized, well-funded political operations, not grass-roots gatherings or student-led movements. There's nothing necessarily wrong or unethical about them, but they often convey a deliberately false image of themselves as bottom-up movements when in fact they are top-down, highly purposive national organizations. Students approached by their recruiters -- or handed "educational" material by their activists -- should ask about their sponsors and objectives." 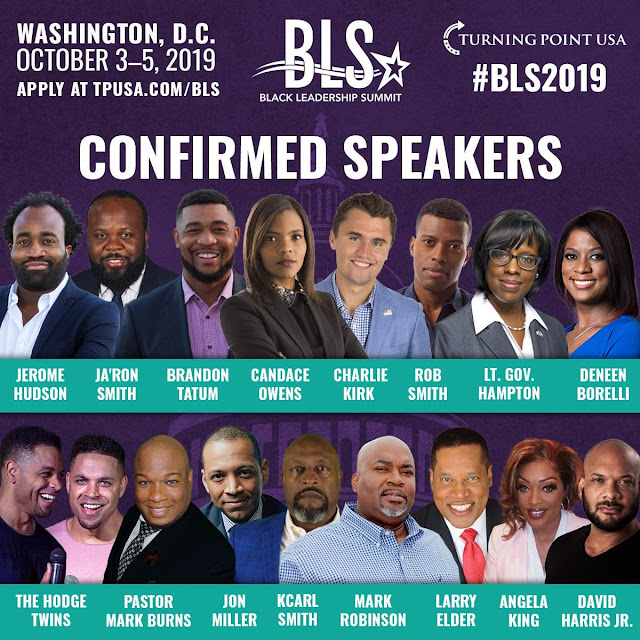 What I know is this: Some 400 young blacks recently gathered in D.C., where they heard criticism of Democrats, liberals and the left. Speakers such as former Turning Point Communications Director Candace Owens, now a podcast host for Prager University, questioned blacks' overwhelming allegiance to the Democratic Party, arguing that the party pushes the narrative of systemic, structural and institutional racism for power and votes. After I spoke, young person after young person came up to me and said things like, "You introduced me to economics professors Thomas Sowell and Walter Williams," and, "because of you and your books and videos, I began to question the horrible things I was taught about the 'racist' Republican Party."

These young people did not think of themselves as victims. They recognized their good fortune as Americans living in a country of opportunity where their own future will be bright if they work hard. In my speech, I quoted black liberal Harvard sociology professor Orlando Patterson, who 28 years ago wrote: "The sociological truths are that America, while still flawed in its race relations ... is now the least racist white-majority society in the world; has a better record of legal protection of minorities than any other society, white or black; offers more opportunities to a greater number of black persons than any other society, including all those of Africa." 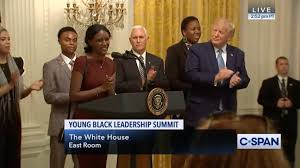 At last weekend's summit, the narrative of "structural racism" by the police was challenged with facts, studies and data. The Democrats' opposition to private vouchers was questioned, given studies showing that school choice improves reading and math scores, graduation rates and parental satisfaction. Democratic policies of reparations, race-based preferences, government-mandated minimum wage and taxes on job creators were challenged.

I have known Sowell and Williams for nearly 30 years. Their presence loomed large this weekend in Washington, D.C. For years, they were lonely voices questioning blacks' devotion to the Democratic Party. They have long argued that the welfare state has destabilized families, encouraging women "to marry the government" and men to abandon their financial and moral responsibilities. They have long argued against the job-destroying impact of the minimum wage. They have long argued that one's fate is determined not by racism but by one's willingness to invest in oneself through education, hard work and sacrifice.

Turning Point's Black Leadership Summit shows that Sowell's and Williams' books, columns, television appearances and speeches have spawned a generation of hopeful young black men and women who believe in themselves. These bright, energetic young people get it. As then-first lady Barbara Bush said, "Your success as a family, our success as a society, depends not on what happens in the White House, but on what happens inside your house."