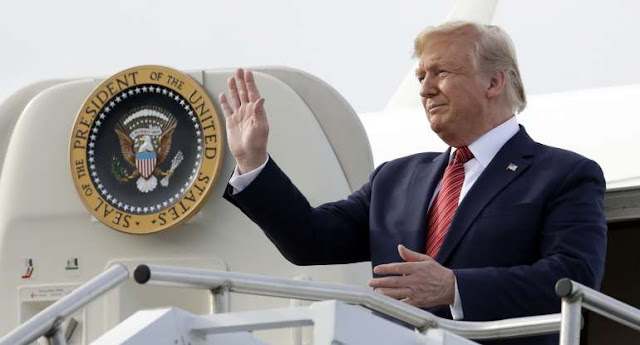 The unnamed whistleblower whose complaint about President Donald Trump's July 25 call with Ukraine President Volodymyr Zelensky was not just a CIA agent in the Obama administration, but a member of the team investigating candidate Donald Trump in the 2016 election, according to Paul Sperry, a media fellow at the Hoover Institution and a former D.C. bureau chief for Investors Business Daily. Ironically, the whistleblower dug up dirt on Trump from — drumroll, please — Ukraine!

Furthermore, the whistleblower may have a grudge against Trump, because according to Sperry, he or she lost a job when Trump became president.

If this report is true, it seriously undermines the Democrats' narrative of a public servant just doing his or her duty by reporting untoward — nay, impeachable! — actions taken by the president. If the whistleblower is guilty of exactly the thing Democrats are accusing Trump of doing, this house of cards impeachment may collapse.

He also revealed more about the anonymous figure: "The whistleblower is a registered Democrat & CIA analyst who was detailed before the 2016 election to the Obama White House, where he worked on the NSC's Ukraine desk & met w anti-Trump Ukrainian officials before being sent packing by the Trump NSC & becoming disgruntled," Sperry tweeted.

So, a Deep State operative who worked with Ukrainian officials to dig up dirt on Trump during the 2016 election becomes the main source for Democrats' effort to impeach Trump — for allegedly asking Ukraine to dig up dirt on former Vice President Joe Biden, his likely 2020 challenger. That's more than a little hypocritical, right?

By the way, I still maintain that Trump hiring Paul Manafort, the GOP campaign operative who also worked for former Ukrainian Prime Minister Viktor Yanukovych — who later worked directly with Russian President Vladimir Putin — was a key mistake. Investigating Manafort may have been in Ukraine's interest at the time, and Manafort was Trump's biggest liability when it came to later debunked claims of Trump-Russia collusion.

Yet if investigations into Manafort are justifiable, how much more so is an investigation into Hunter Biden, who got a cushy $50,000-per-month job on the board of the Ukraine gas company Burisma Holdings while his father was the point person for the Obama administration on Ukraine? Joe Biden admitted to using a quid pro quo to get Ukraine to fire a prosecutor whose office was in charge of a Burisma investigation.

The Democrats' hypocrisy on Ukraine reeks to high heaven. Regardless of whether or not Sperry's reports on the whistleblower are true, Democrats have pressured the country's prosecutors to investigate Trump and welcomed Ukrainian dirt on Trump.

In May 2018, Democratic senators sent a letter to Ukraine's prosecutor general, Yuriy Lutsenko, asking him to reopen investigations into Trump related to the Robert Mueller probe. They also suggested their support for military aid to Ukraine was conditional on the investigation into Trump.

In February 2018, Rep. Adam Schiff (D-Calif.), chairman of the House Judiciary Committee, told Russian pranksters that he would welcome dirt on Trump from Ukrainian officials. In the prank call, Schiff asked about recordings of Russians "discussing the compromising material on Mr. Trump," and said, "Well obviously we would welcome a chance to get copies of those recordings." Schiff, who is largely leading the impeachment inquiry, himself has potentially troubling ties to Ukraine.

Ukraine is a notoriously corrupt country, and political parties often accuse the other side of corruption. Such allegations should be taken with a tremendous grain of salt. For instance, Zelensky came into office after campaigning against the corruption of former President Petro Poroshenko, who enjoyed a close relationship with the Obama administration and ties to the EU.

Ukrainian officials have also tried to present evidence of wrongdoing on behalf of American Democrats and their allies in Ukraine, specifically involving foreign meddling against Trump and for Hillary Clinton in the 2016 election. Naturally, this comes from officials in Zelensky's administration, accusing former officials in Poroshenko's administration of working to further American Democrats' untoward schemes.

Yet Sperry's tweets may offer an early confirmation of the Zelensky administration's claims. It certainly seems plausible that the Obama administration, while launching an investigation into Trump's potential ties to Russia, would have asked for dirt from Ukrainian officials.

How ironic would it be if Trump were impeached for doing something similar to what the Obama administration did against him during the 2016 campaign?

Did Biden Save This Ukraine Firm Responsible for $1.8B in Missing Aid? His Son is on the Board...