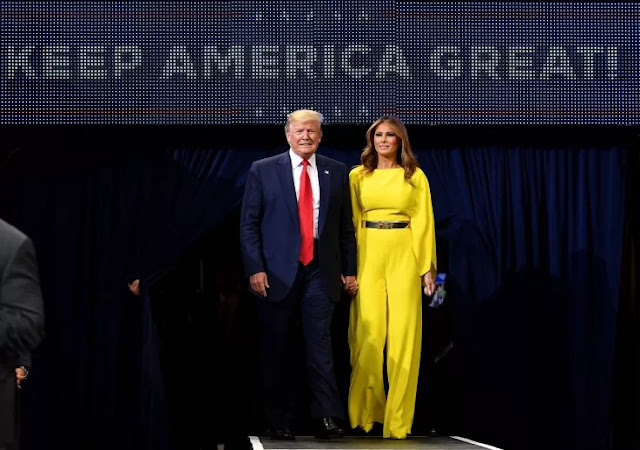 President Donald Trump and Melania Trump at the official launch of the Trump 2020 campaign at the Amway Center in Orlando, Florida. (Photo: MANDEL NGAN/GETTY)

Though President Donald Trump currently trails several leading Democratic candidates in early national polls, a research firm with a historically accurate model has him winning the 2020 election by a wide margin.

The Moody's model has predicted presidential elections with success since 1980 until its first miss in 2016. Like so many others, they predicted a Hillary Clinton win.

"In our post-mortem of the 2016 presidential election model, we determined that unexpected turnout patterns were one of the factors that contributed to the model's first incorrect election prediction," wrote Mark Zandi, Dan White and Bernard Yerbos of Moody's Analytics.

"The model did not account for the individual attributes of the candidates other than whether they belonged to the incumbent political party. In other words, it assumed Donald Trump and Hillary Clinton were generic candidates, which they were not," the research firm concluded.

Moody's uses three models to come up with its forecast; in each case, Trump gets at least 289 Electoral College votes.

The "pocketbook" measure focuses on three economic variables: the change in gas prices, the change in house prices, and changes in personal income. This is where Trump shines brightest, grabbing a whopping 351 electoral votes.

"If voters were to vote primarily on the basis of their pocketbooks, the president would steamroll the competition," the report said.

The "stock market" model relies on fewer economic variables than the pocketbook model and is the least favorable model for Trump, but it still currently predicts a victory for the president. Meanwhile, the "unemployment model" predicts a more comfortable win for Trump than the stock market model.

Moody's Analytics may have missed on the previous election but an economic analysis released in 2016 by the research firm forecasting Trump's presidency has largely come true.

The report also determined that Trump's plans would hit the middle class the hardest while high-income earners would benefit the most from his tax breaks, concluding with a simplified overview.

The authors of the report, however, warned that quantifying the real estate mogul's economic policies was "complicated by their lack of specificity."

"It could be that this election may be so out of bounds with history that the models just aren't going to work," said Zandi.

"It could turn out this thing runs on a dynamic you just can't model." 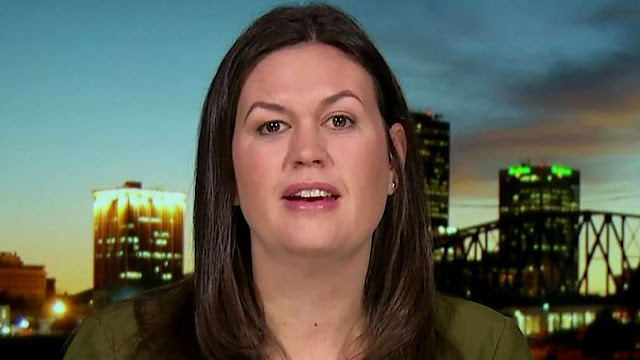 "The big loser... was Joe Biden," she said. "It was incredibly telling that all of the fire that was taken on stage was by Elizabeth Warren, and not Joe Biden -- indicating that even Democrats on that stage know that Biden is finished and that Warren is the new frontrunner."

Sanders claimed Warren's ascension is a net positive for Trump and said her new position as frontrunner will rebrand her as the face of the party, to the detriment of other Democrats.

"She is the new face of the Democrat party," Sanders said. "That is a great contrast for this president. And I think it sets him up very nicely for re-election in November."

IMPEACHMENT PUSH WILL UNIFY GOP AND PUSH TRUMP OVER THE TOP IN 2020, SAYS SARAH SANDERS

Sanders also said the questioning at Tuesday's primary debate was "pathetic" and slanted, in an effort to drag down Trump and exonerate Biden.

"CNN accused President Trump in their questions, yet gave Biden a complete free pass," she said. "They gave him one question -- a very basic follow-up and moved on. I couldn't believe that they glossed over the corruption that we've seen exposed over the last several weeks, so quickly as they did last night.

"Nobody else on stage even thought to call Biden out," Sanders added. "I think they have already decided to write him off and they're focusing their fire on Elizabeth Warren."

Nick Givas is a reporter with Fox News. You can find him on Twitter at @NGivasDC.

BY SCOTT WONG AND MIKE LILLIS | The Hill 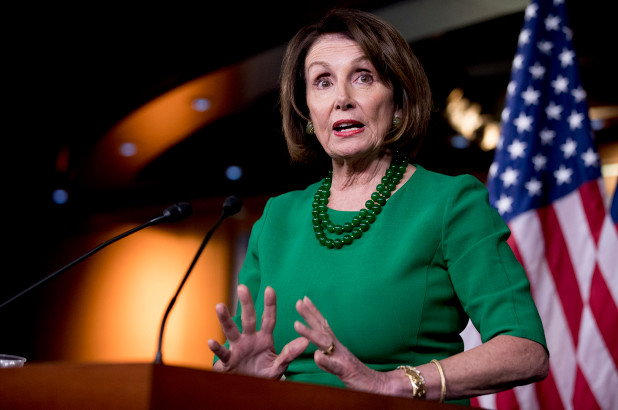 Speaker Nancy Pelosi (D-Calif.) said Tuesday she will not stage a vote on the House floor to officially launch an impeachment inquiry into President Trump.

The decision came after Democratic leaders, returning to Washington following a two-week recess, had reached out to members of their diverse caucus to gauge the party's support for such a vote.

After back-to-back meetings with party leaders and then the full caucus, Pelosi announced that no such vote would take place. Democratic aides emphasized, however, that the process remains fluid and that Pelosi may reverse course and stage such a vote at any point in the future.

"There's no requirement that we have a vote, and so at this time we will not be having a vote," Pelosi told reporters during a last-minute press briefing in the Capitol.

The decision arrives as Trump and his Republican allies are amping up the pressure on Pelosi to hold a formal vote to begin the investigation — a move they believe would grant the GOP more power and influence in the process, including the ability to call and subpoena their own witnesses.

"The minority has been shut out of the process," Rep. Michael McCaul (R-Texas), the ranking member on the Foreign Affairs Committee, told reporters Tuesday. "It is being done in a ... classified briefing room behind closed doors when it should be in front of the American people so that all can see in a very transparent way the testimony of these witnesses."

CLICK HERE TO READ THE REST OF THIS ARTICLE
Posted by Frances Rice at 12:19 PM