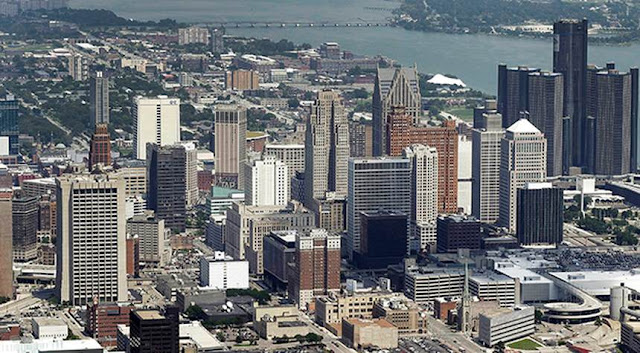 By a staggering 9-1 margin, residents say they would feel safer with more cops on the street, not fewer, and by a 3-1 margin reject the idea of “defunding the police.”

Detroit is a city that’s 79 percent black, which underscores the idea that the issue of public safety is not a racial issue. The importance of police reform in the black community may be oversold.

White Detroit residents were far more likely to name reforming police as a major issue, according to the poll. And there were differences in emphasis on reform between black men and women.

“You have some good cops and then you have some bad ones,” Derrick Wilson, 52, who also goes by the name D.J. Raw, said in a follow-up interview. At times, some of those surveyed said they had seen racial profiling in the approach police took toward them personally and toward their neighborhoods in general.

The Detroit poll was one in a series of USA Today surveys called Cityview, looking at attitudes toward police, crime, and police reform. A poll taken last month of Milwaukee residents found most were dissatisfied with the job their police department was doing.

But Detroit residents’ concerns are more basic, given the threat to ordinary people just leaving the house.

In Detroit, one in five residents (19%) cited public safety as the biggest issue facing the city, second only to education, named by 23%. On a list of eight concerns, police reform ranked last, at 4%.

The poll found a significant racial divide on the issue. Black residents ranked crime at the top of their list of concerns: 24% cited public safety, just 3% police reform.

But white residents were a bit more concerned about police reform than public safety, 12% compared with 10%. Education was by far the biggest issue on their minds, named by 31%.

“It’s scary sitting in the house, and when you go outside to the gas station or the store, it’s possible someone will be shooting right next to you,” Charlita Bell told USA Today.

The police reform/criminal justice reform movements believed they could radicalize black residents across the country by portraying police as the enemy. Instead, they have highlighted the need for police protection among the city’s most vulnerable residents.

And Democratic politicians, hoping to ride the wave of manufactured disgust over police misconduct, miscalculated badly.