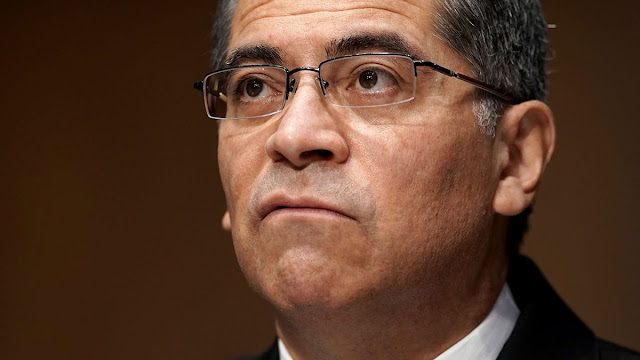 Health and Human Services Secretary Xavier Becerra said Thursday it was "absolutely the government's business" to know which Americans haven't been vaccinated yet against the coronavirus.

Responding to GOP criticisms of the Biden administration's planned "door-to-door" campaign to encourage unvaccinated Americans to inoculate themselves, Becerra told CNN the government has had to "spend trillions of dollars to try to keep Americans alive during this pandemic."

"So it is absolutely the government's business, it is taxpayers' business, if we have to continue to spend money to try to keep people from contracting COVID and helping reopen the economy," he said.

Becerra said people didn't have to answer the door but he hoped they would so officials could dispel rumors about the vaccine, which has proven to be highly effective in driving down cases, hospitalizations and deaths. According to the Centers for Disease Control and Prevention, nearly 56% of the adult population has been "fully vaccinated" and 67% has gotten at least one dose of a coronavirus vaccine.

States that tend to vote Republican have reported lower vaccination rates, and polls show Republican voters are far more likely than Democrats to say they will not, or likely will not, get the vaccine. The issue has become part of a larger debate over public health measures colliding with Americans' personal freedoms.

Citing concerns over the "Delta variant" of the virus, White House press secretary Jen Psaki said this week the door-to-door push is designed to inform people in less vaccinated pockets of the country about where to get the shot and address their concerns about the safety and efficacy of the vaccine, she said, adding that it's not up to the federal government to mandate vaccines.

Asked by anchor Brianna Keilar if the administration was considering more aggressive measures to get more people vaccinated, Becerra hedged, saying he wanted people to have "as much freedom and choice as possible."

"We want to give people the sense that they have the freedom to choose. But we hope they choose to live," Becerra said. "We hope people make the right choices. We want them to have the right information, but we are America. We try to give people as much freedom and choice as possible, but clearly when over 600,000 Americans have died, the best choice is to get vaccinated."

Becerra clarified his remarks later Thursday in a tweet, saying he had been taken out of context.

"Some comments I made today are being taken wildly out of context. To be clear: government has no database tracking who is vaccinated. We're encouraging people to step up to protect themselves, others by getting vaccinated. It's the best way to save lives and end this pandemic," he wrote.

A Reader: “They have been doing this since the beginning of the pandemic, using a public health crisis to grant themselves emergency powers, to order us to stay home, to order us to wear a mask, to stay apart from friends and family, to prohibit travel and close businesses, churches and schools - what more evidence is needed to see that the danger to the public from the virus is dwarfed by the danger from government overreach and control.”

A READER: “Becerra said: ‘We want to give people the sense that they have the freedom to choose.’ This sounds like he is just trying to give the illusion that we actually have freedom and rights, when he really does not think we do. I re-read 1984 during height of pandemic fear-mongering by the gov., and found it very similar to what the bureaucrats were trying to do: create the illusion of having a happy and free existence, courtesy of the government. There is no ‘freedom and choice as much as possible.’  Either you are FREE or you are not.  It is NOT government's responsibility to regulate our lives.” 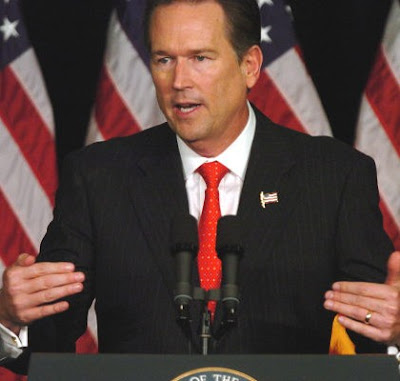 In the words of the late, great President Ronald Reagan, “The nine most terrifying words in the English language are: I’m from the government, and I’m here to help.”

Unsurprisingly, Biden’s Health and Human Services Secretary Xavier Becerra thinks differently. When asked about President Biden’s Orwellian new “door-to-door” vaccine push, Becerra said “it is absolutely the government’s business” to know if you have or have not been vaccinated against the coronavirus.

We don’t need the federal government, AKA the Biden administration, keeping a list of who has and who hasn’t been vaccinated. The last thing we want is Big Brother keeping tabs on our private health care decisions.

While of course it’s important to help keep each other safe, these kinds of decisions and conversations should be between you, your loved ones and your doctor.  Rest assured that I will oppose Biden’s chilling new proposal every step of the way as well as any attempts by Democrats to require Americans to obtain a so-called “vaccine passport.”