Texas Gov. Abbott: Democrats Who Fled to Block Voting Bill 'Will Be Arrested' 'Once They Step Back Into the State' 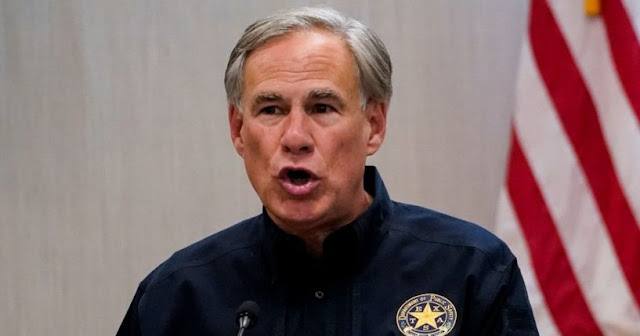 Texas Gov. Greg Abbott speaks during a briefing with state officials and law enforcement at the Weslaco Texas Department of Public Safety headquarters on June 30. (Jabin Botsford - The Washington Post / Pool via AP)

He who bolts and runs away will get arrested another day.

So said Republican Texas Gov. Greg Abbott about state House Democrats who fled the state rather than allow the Republican majority to pass an election bill Democrats have denounced as a danger to their constituencies.

In May, Democrats walked out of a state House session rather than allow Republicans to pass the bill. With no Democrats, the House does not have a quorum and cannot pass any bills.

The tactic was dusted off from the Democratic playbook of 2003, when Democrats fled the state in hopes of holding off a Republican-drafted redistricting plan. The end result of that political exodus was to delay passage of the plan for a few weeks.

On Monday, Abbott appeared on Fox News’ “The Ingraham Angle” and said lawmakers will be punished for playing games at the taxpayer’s expense.

“Once they step back into the state they will be arrested and brought back to the Capitol and we will be conducting business,” he said.

The governor said that he will keep calling special sessions until Democrats stop taking their toys and running away.

In an interview with KVUE-TV, Abbott doubled down on his statement that Democrats will pay a price.

“If they do not return to work, they are risking losing their jobs as state representatives for not showing up,” he said, adding, “What the House of Representatives can do, the speaker can do, is issue a call to have these members arrested.”

Abbott said he will keep calling special sessions until next year’s elections.

“And so if these people want to be hanging out wherever they’re hanging out on this taxpayer-paid junket, they’re going to have to be prepared to do it for well over a year,” the governor said. “As soon as they come back in the state of Texas, they will be arrested, they will be cabined inside the Texas Capitol until they get their job done.

“Everybody who has a job must show up to do that job, just like your viewers on watching right now. State representatives have that same responsibility.”

“Anyone who suggests this deprives anybody the right to vote is just simply flat-out wrong. This provides more hours to vote than ever before allowed under law in the state of Texas.”

One Democrat said his party will do whatever it takes to prevent the election integrity bill from passing.

“We are determined to kill this bill,” state Rep. Chris Turner said, according to Fox News.

In a statement on his website, Abbott said one-issue Democrats are abdicating their responsibility to the voters to solve a wide range of problems facing Texans.

“Texas Democrats’ decision to break a quorum of the Texas Legislature and abandon the Texas State Capitol inflicts harm on the very Texans who elected them to serve. As they fly across the country on cushy private planes, they leave undone issues that can help their districts and our state,” the governor said, citing issues that included tax relief, law enforcement funding and funding for children in foster care and retired teachers.

“The Democrats must put aside partisan political games and get back to the job they were elected to do,” he said. “Their constituents must not be denied these important resources simply because their elected representative refused to show up to work.”