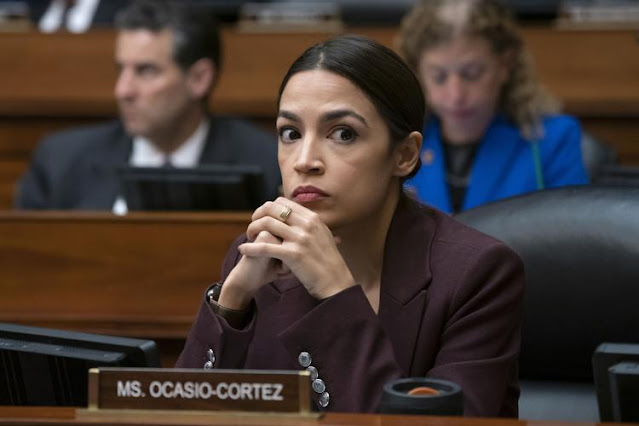 "Socialism didn't work. Socialism could never have worked because it is based on false premises about human psychology and society, and gross ignorance of human economy."

Socialism is strangely impervious to referendum in real-world experience. Over the past hundred years, there have been dozens of attempts to build socialist dynasties. The Soviet Union, Maoist China and Venezuela thought they were too big to fail. Yet die hard socialists will claim they failed because were "hybrid-socialist." None will admit they failed because socialism is a Ponzi scheme.

If socialism is a failed experiment, why do so many on the left, especially our youth, favor socialism over capitalism? Simply because politicians like AOC and Bernie Sanders tell them Scandinavian capitalism is socialism due to their abundant social welfare systems. The left has perpetrated this urban legend to justify building an elitist power base that is maintained with federal dependence.

Contrary to the Sanders narrative, the success of Nordic countries like Sweden, Denmark, Norway and others is antithetical to a model welfare state. Their standards of living, low poverty, generous education systems, and single-payer health care programs are all paid for by the people. They are not a gift from the government. Their average income tax rates are over twice of that in America.

"I repeat! Denmark is not a socialist country. It is driven by the free markets."

Scholars Assar Lindbeck and Nima Sanandaji conclude the success of the Nordic model roots in its culture and the free markets. The Scandinavian countries of Sweden, Norway and Denmark have a combined population equal to New York City. Their societies rely on high levels of social trust, a robust work ethic and considerable social cohesion; contrary to the principals of socialism.

Those who pontify the merits of socialism don't understand it; or they are the few elitists that will profit from it. It is a system of wishful ideas inconsistent with market and human reality. Socialists promise equality and security without investment, but deliver equal misery, insecurity and tyranny.

Since socialism is a pyramid scheme of collective ownership, once people conceive they are not getting their fair share, government sequesters all economic resources and rations them back to society. This continual demise of collectivism transforms socialism into irreversible totalitarianism.

This is recorded historic fact, not fiction. "The goal of socialism is communism."

When socialism's foundational pyramid collapses, it transmutes into Communism. Then citizens become subjects under Marxism. Their only reversal of fortune is to escape to capitalist nations.

America has a long history of rescuing those fleeing from oppression and liberticide. After WWII as socialism and Communism consumed Europe, the U.S. accepted more refugees than any other free nation. Over 100,000 Jews fled Germany and hundreds of thousands of Latvians, Lithuanians, Croats, Ukrainians and Estonians escaped Europe and came to America for freedom and liberty.

In 1959, when Castro seized control of Cuba, he confiscated all U.S. businesses. Fearing a U.S. invasion, Castro asked the USSR to send nuclear missiles to Cuba. It took two tense weeks for the USSR and JFK to agree to remove U.S. missiles from Turkey in trade for the Soviets removing their weapons from Cuba. When Cubans realized America could not liberate Cuba, they fled to America.

Anxious to escape socialism, they risked their lives in makeshift watercraft to make the dangerous, 90-mile journey to the shores of Florida. Although many perished, over a million made it to the U.S.

"Cuba is not communist nor socialist but a well planned nation of social justice."

This month, thousands of Cubans protested in the streets over the shortage of food and medicines and harsh restrictions on free speech. President Miguel Díaz-Canel blamed it on the 1962 U.S. "policy of economic suffocation" against Cuba. He said, "These protests are against the U.S. not Cuba."

He called the protesters hired mercenaries to destabilize the nation and restore Cuban capitalism. Diaz-Canel cried out, "The order to fight has been given, into the street, go Cuban revolutionaries!"

Many protests were broadcast on social media, showing marchers shouting slogans against the government and the president, calling for reforms. People overturned police cars and looted state-owned stores that overcharge Cubans for the most basic necessities, such as food and medicine.

After decades of providing a haven to Cubans fleeing Communism, Biden's Homeland Security's Alejandro Mayorkas told Cubans: "Let me be clear: If you take to the sea, you will not be welcome in the United States." A Black Lives Matter spokesman criticized the U.S: “The people of Cuba are being punished by the U.S. because the country has maintained its commitment to sovereignty."

Fidel Castro said, "I liberated Cuba from capitalism." Under Fidel Castro’s Communist regime, an economic crisis plagued the country since the 1959 Revolution. The economy was on life support from the USSR until it collapsed in 1989. By 1993, Cuba's GDP declined 35%. Their government health care fell into ruins. No new housing has been built since 1960. The peso continues to lose its value with inflation.

"I find capitalism repugnant. It is filthy, it is gross, it is alienating."

For years, Cubans made the impossible possible in homemade vessels fighting the swift currents of the Straits of Florida to escape Castro's Marxism. These refugees were seeking freedom from tyranny. They brought value to America in return for the opportunities in a free capitalist nation, unlike those who are crossing our borders today only to get a free ride from American taxpayers.

Real socialism is not an urban legend. It is thriving 90 miles south of Florida. We need not look any further than across the bay to see how people live in a real socialist state. We see what life is really like under a Marxist regime. Life for Cubans proves the socialist pipe dream the left used to capture the hearts of millennials is an urban legend about a fairyland that never existed and never will exist.

Socialism appeals to those that feel the world owes them a living simply because they exist. They expect equality without equal investment. They believe those that have more must give something to them because they have less.

"The reason this country continues its drift toward socialism and big nanny government is because too many people vote in the expectation of getting something for nothing, not because they have a concern for what is good for the country."