[VIDEO] Kamala Harris Comes Out of Hiding, Gives Interview, Reminds America Why She Shouldn't Give Interviews 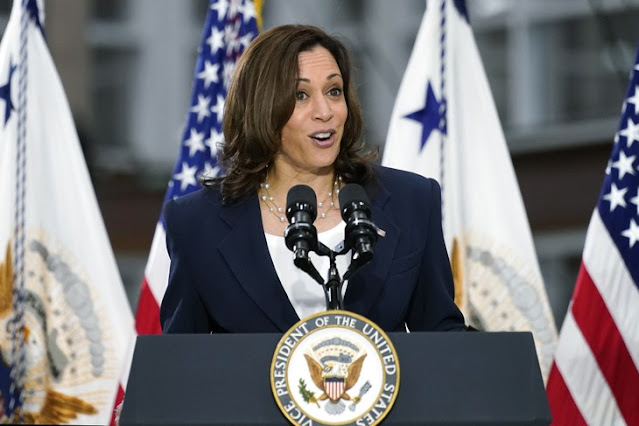 Add rural America to the list of places Kamala Harris hasn’t been, along with Europe and the parts of the border that are actually in crisis.

Harris sat with Soledad O’Brien for a softball interview and couldn’t even handle the slow pitch.

I’m not sure any amount of media training can fix this.

There are lots of bad arguments against voter ID, which enjoys the support of 4 out of every 5 Americans. Harris’s argument that people who live in rural areas find it “almost impossible” to photocopy their ID to prove who they are may just be the dumbest of all of them. It’s roughly 20 years behind the times and wildly out of touch.

But rural Americans (is that going to become a protected class now?) have access to these things called “smartphones,” which they can use to scan and send their IDs if they need to. They also have access to these things called “scanners,” “printers,” and these amazing devices that can scan, they can print, and they can even digitally transmit information through wires — and wirelessly. It’s like magic, really. Rural Americans also have this amazing communications tech called “email.” They also have various means of getting their information from where it is to where it needs to be — in physical form! There’s even a whole government service dedicated to moving physical pieces of paper and even packages from place to place called the “U.S. Postal Service.” We truly live in an age of miracle and wonder.

Harris should remember the postal service since its unionized government employees endorsed her and her half-witted boss.

But how would a San Francisco liberal know the first thing about what rural America is like? How would she have the first clue, since she’s had no contact with most of America and has no idea how most people live or think?

Be under no illusions about anything. The current administration is full of out-of-touch ideologues and demagogues such as Harris. They’re as self-assured as they are clueless. They make poor decisions that hurt people by the millions but as long as their intentions — in their own minds — are good, all is well. The woke, activist media won’t call them out on it and too many of our countrymen would rather live in a fictional world than look at the reality of this awful administration.

Don’t take 2022 for granted, in other words. Opposing voter ID signals a strong desire to cheat.