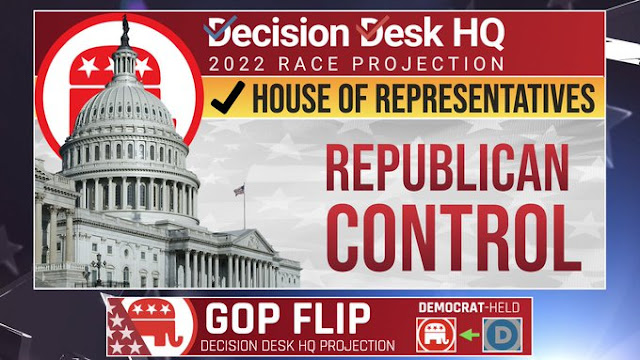 This had been projected Monday by many media outlets and pundits, but it’s now official: Republicans will assume control of the House of Representatives in January. Remarkably, it was a lot of Republican wins in blue New York and California that helped put the GOP over the top.

If promises are kept, we’re going to see some Democrats kicked off of committees so the real oversight can start.

Excellent news for America. This means:

Pelosi's Covid restrictions in the House is over.

January 6 nonsensical hearings are over.

Republicans can investigate anyone and anything.

Republicans now hold the power of the purse.