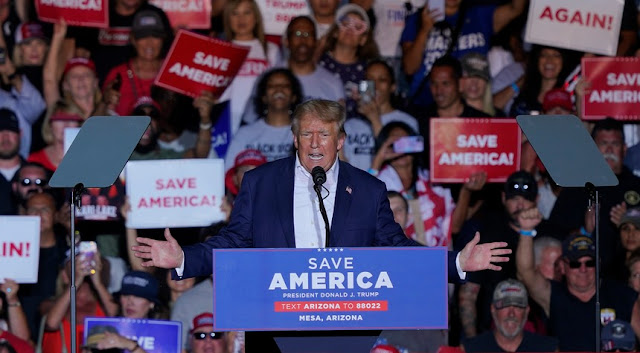 The Republicans had a pretty good midterm election despite what pundits are claiming. The GOP must win three of the remaining four Senate races to win control of the upper chamber — a goal well within reach as Republicans lead in Nevada and Wisconsin. And the party is within spitting distance of a House majority.

But no red wave. A combination of better-than-expected Democratic enthusiasm and underperforming Republican candidates squandered several opportunities to flip House seats and give the GOP a sizable House majority in January.

How did this happen? If you ask most of the media, the fault for the underperforming Republican Party rests with Donald Trump.

Former Obama campaign strategist David Plouffe said, “I think you have to say Donald Trump has now presided over two disastrous midterm elections.” That’s a matter of opinion. First, Trump did not “preside” over the 2022 midterms. Plouffe is getting his talking points mixed up with reality. Trump wasn’t on the ballot no matter how hard Democrats wished it were so.

Secondly, 2018 wasn’t much of a “disaster,” given that Republicans gained two Senate seats. They lost the House — just as Democrats will almost certainly lose the House in 2022.

“Given the history of presidents in power, Democrats controlling all of Washington, inflation, this should’ve been a much stronger night for Republicans,” Plouffe said. “A bunch of reasons for that. But at the top of them is Donald Trump. He’s deeply unpopular, he supported a bunch of horrible Senate candidates who may end up coughing up the football here.”

The fact that Trump is “unpopular” outside the Republican Party was pointed out by several pundits. This is “analysis”? Trump entered office in 2017 and his favorable numbers were almost immediately underwater. He’s never been “popular” in the media sense of the word and saying so is belaboring the obvious.

On CNN, conservative commentator Scott Jennings offered a rather blunt analysis of the night, juxtaposing the performance of Trump-backed candidates across the country with Florida Gov. Ron DeSantis, R., a potential 2024 contender who romped to a landslide re-election on Tuesday.

“There’s a potential narrative out of this night that if you’re a discerning Republican voter trying to figure out the future, direction of this party, we once again learn that Trump is not a national winner for the Republicans,” the GOP pundit told the panel. “But DeSantis may be the next evolution of someone who can marry what you like about Trump but also recover some people that went away from the party during Trump.”

When it comes to Donald Trump, most strong supporters have an “accept no substitutes” policy. DeSantis has already gotten into some trouble with MAGA world, and they would be unwilling to transfer their allegiance to anyone else while Donald Trump remained a viable candidate.

It’s true that some of the candidates Trump handpicked to run — Mehmet Oz in particular — did not meet expectations. Why that’s Trump’s fault is a mystery. No one is talking about Trump guessing right about J.D. Vance in Ohio, who won by 150,000 votes. It’s the old “Get Trump” game dressed up as serious political commentary.

There WOULD Have Been a Red Wave, but One Group Saved the Left From Being Completely Obliterated 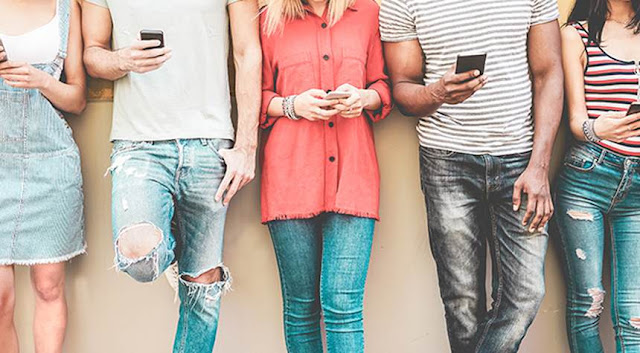 John Della Volpe, a hard-Left pollster and author of a deathless tome entitled FIGHT: How Gen Z is Channeling Their Fear & Passion to Save America, is claiming that his favorite age group saved the midterm elections for those who love skyrocketing inflation, open borders, rising crime, international ridicule and brinksmanship, and accelerating authoritarianism. Della Volpe tweeted, “One thing I know already. If not for voters under 30 … tonight WOULD have been a Red Wave. CNN National House Exit Poll R+ 13 65+ R+ 11 45-64 D +2 30-44 D +28 18-29 #GenZ did their job.” He added, “& young #millennials :)” If Della Volpe’s numbers are correct, and 64% of voters between the ages of 18 and 29 really voted for Democrats, then one thing is clear: the corruption and politicization of our educational system has worked.

What he is crowing about is the apparent fact that the voting group with the least life experience and the most recent subjection to the Leftist indoctrination that dominates America’s educational system ended up voting as it was brainwashed to do. Gee, that’s terrific, if you like evidence of the success of the relentless propagandizing of a vulnerable and impressionable captive audience, but neither John Della Volpe nor anyone else should be proud of it. What it shows is not that the Leftist case is compelling or persuasive; it shows that patriotic Americans have been far too complacent in allowing public schools to become centers of Leftist indoctrination and hatred of our own nation and heritage.

People have awakened to this in large numbers in recent years as the Left has, as always, overplayed its hand. Angry parents began showing up at school board meetings in large numbers to protest the imposition of race-hate propaganda, aka Critical Race Theory, in public schools, as well as the presence of outright and unmistakable pornography in the guise of “gender-affirming” literature. This got so embarrassing for the Left that Gestapo chief Merrick Garland, that indefatigable foe of “white supremacists” (as soon as he can find any), actually sicced the FBI on those parents as if they were a terrorist threat.

But this endeavor has been going on since long before Garland first put on his jackboots and resolved to destroy the republic. In the 1960s, Leftists began what Communist activist Rudi Dutschke indelibly dubbed “the Long March Through the Institutions.” In China, Communist leader Mao Zedong began the Long March in 1934 to evade nationalist forces; the term, however, came to be associated with his slow, steady, patient rise to power, culminating in the Communist takeover of mainland China in 1949. The Long March Through the Institutions was the same kind of slow, steady takeover, as Communists, leftists, and their allies gradually gained control of America’s colleges and universities, its primary and secondary educational systems, its popular culture, and above all its ever-growing federal bureaucracy.

This has created a situation in which those who oppose this multifarious and all-encompassing establishment are universally derided virtually everywhere one turns: in what are supposed to be objective and impartial news broadcasts; in lessons at every level of the educational system about the nation’s history, present condition, and future prospects; in movies, popular music, and more. All of the late-night comedians who host talk shows are part of this camp, and they hobnob with the political elites, and yet they still posture as if they were plucky outsiders going up against a stultified and stultifying entrenched orthodoxy.

In fact, the antiestablishment rebels of the 1960s have become the establishment all over the world, and are working hard now to consolidate their power and crush all dissent. Although they have been rising to power in all fields for decades, only in recent years — most notably as part of the fallout from the election of Donald Trump as president of the United States in 2016 — has the true extent of their hegemony, and the sweep of their future plans, become widely known. The 2022 election only confirmed how effective their efforts have been all these years.

Many, if not most, of the Gen Z-ers who voted overwhelmingly for the Left will, as they get older, come to realize how foolish and wrongheaded they were to support socialist internationalism and the managed decline of the United States. But others will never wake up, and will applaud that decline as retribution for centuries of alleged racism and colonialism. Even as their own cities and towns become ever more squalid, poor, dirty, and dangerous, they will continue to think of themselves as righteous for having chosen all that. That pride will be all they have left.