Oh my: Dems' "Defund the Police" only gets 17% support -- among black voters 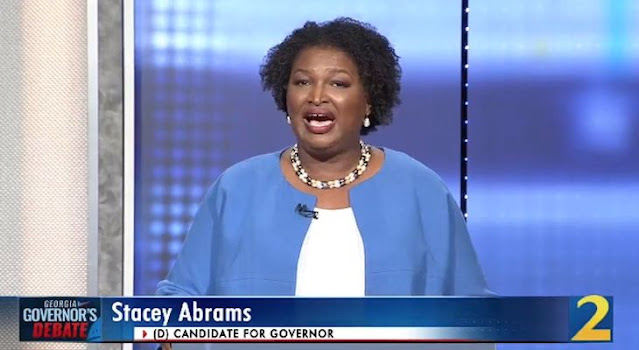 Most of us missed this when it first emerged last week at The Grio, but news of this survey result certainly picked up steam over the last 24 hours. A poll commissioned by that site and the Kaiser Family Foundation discovered that two years of “Defund the Police” activism by progressive Democrats has had a profound impact on the voter demographic this policy intended to motivate.

Only it wasn’t the impact that Democrats intended. Only 17% of black voters support the idea of defunding the police, with twice as many demanding more funding for law enforcement and another 48% wanting the status quo ante: 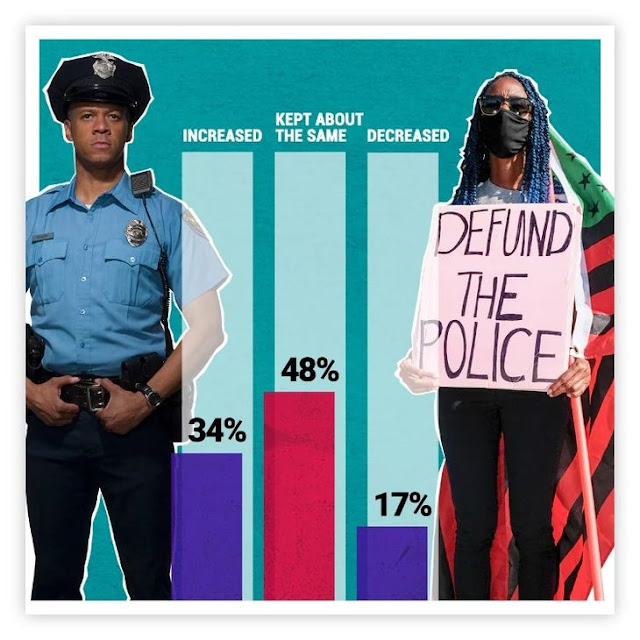 Oof. The Grio attempted to sell this as black voters aligning with Joe Biden on law enforcment:

This latest data shows that most Black voters, considered the core of the Democratic Party base, are aligned with President Biden’s consistent message and policy to fund policing. In his Safer America Plan released this past summer, Biden proposed tens of billions of dollars be invested in federal, state and local law enforcement agencies in a broader public safety agenda to keep communities safe.

The community policing and crime prevention plan includes funding an additional 100,000 police officers, focusing on recruiting and retaining officers who “demonstrate a commitment to honorably serving and protecting.” The Biden plan would also bolster the number of U.S. attorneys and U.S. deputy marshalls [sic] in an effort to “ramp up” prosecutions of those who commit shootings and other violent crimes.

That’s certainly one take, and it might matter … if Joe Biden was running for office this year. He’s not, however, but Democrats in Congress and in state offices around the country are. They embraced the Black Lives Matter-driven “Defund the Police” movement in cities and states, along with the “criminal justice reform” that has eliminated bail and turned arrests into momentary annoyances for violent criminals. Crime rates have exploded, and the greatest impact of those rising rates have fallen on urban areas where black and Hispanic voters are more centralized.

It’s one of the biggest backfires in American politics, and Democrats own it.

David Freddoso takes a clearer look at the data, and The Grio’s attempts to spin the reality of this backfire:

The fact that this poll was commissioned by such an ideologically blinded, left-wing, racialist news organization as TheGrio only makes it better. The poll is replete with embarrassing facts for the left-wing narrative about today’s situation in the country. For example, only 2% of these black respondents believe “racism” is the biggest concern facing them today. It’s as if none of them actually read TheGrio or watch conspiracy theorist Joy Reid on television. Who would have thought?

Meanwhile, we need a serious conversation about the fact that murder victims are not only disproportionately black but that the disproportion has been growing over time. It was only in 2011 that blacks became 50% of U.S. murder victims. As of last year, that number is north of 60%. And one reason is that, ever since the media turned career criminal Michael Brown into a hero for trying to take a gun off a cop, the police have been less aggressive about protecting black citizens in the neighborhoods where they live. This is not to say that there aren’t unresolved issues about how the police operate, but the answer is more and better, not less.

And even when the police do their jobs, violent career criminals are being let out of jail through the Democrats’ revolving door. The latest example is yet another graduate of the Philadelphia District Attorney Larry Krasner university of criminality. Jahmir Harris was convicted by a jury of murder over a drug-related dispute, but Philadelphia District Attorney Krasner got him released based on bogus concerns about the integrity of his conviction. Now, he is charged with killing another victim after his release. And guess what race his alleged victim is? Does his life matter?

Thank Krasner for that one, but also thank the Democrats’ U.S. Senate nominee in his state, John Fetterman, for supporting Krasner and advocating the release of nearly 2,000 convicted murderers. Like all violent criminals, they are likely to create more victims — and mostly black victims — after they get out.

Even with this data in hand, Democrats can’t quit the Defund movement. In a debate with Brian Kemp in Georgia’s gubernatorial contest, the Republican incumbent bragged about getting endorsements from 107 of the state’s sheriffs. Stacey Abrams scoffed at endorsements from law-enforcement officials “who want to be able to take black people off of the streets.”

Just who is Abrams pitching with this argument? The 17% of black voters who want less law enforcement? Or the Academia elites who keep insisting that crime is no real issue and that people just need to align themselves to violence and violations for the sake of “equity”? It could be either or both, but it’s certainly not the mainstream of voters in Georgia or anywhere else.

Democrats keep severing themselves from the culture they want to lead — on crime, on the economy, and on the trans agenda. They are about to reap the whirlwind they have been sowing, especially over the last two years.