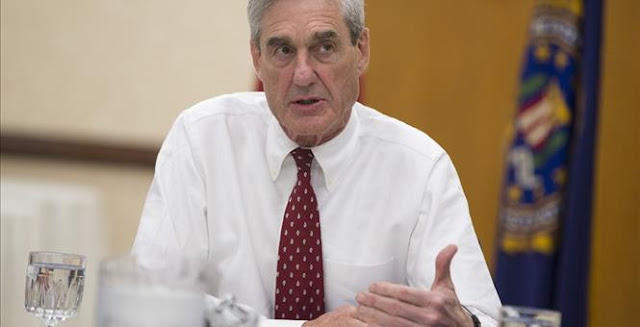 The FBI's investigation into possible collusion between the Trump campaign and Russian intelligence during the 2016 election has entered a new phase. Deputy Attorney General Rod. J. Rosenstein said former FBI Director Robert Mueller has been named special counsel to oversee the Trump-Russia probe. Mr. Mueller will have the power to empanel a grand jury (via NBC News):


Bowing to public and Congressional pressure, Deputy U.S. Attorney General Rod Rosenstein appointed former FBI Director Bob Mueller on Wednesday to be a special counsel overseeing the investigation into Russian interference in the 2016 campaign, Justice Department officials said.
Mueller will take command of the prosecutors and FBI agents who are working on the far reaching Russia investigation, which spans multiple FBI field offices on both coasts.


Mr. Rosenstein’s statement on the appointment via Politico:
Based upon the unique circumstances, the public interest requires me to place this investigation under the authority of a person who exercises a degree of independence from the normal chain of command. A special counsel is necessary in order for the American people to have full confidence in the outcome. Our nation is grounded on the rule of law, and the Public must be assured that government officials administer the law fairly." 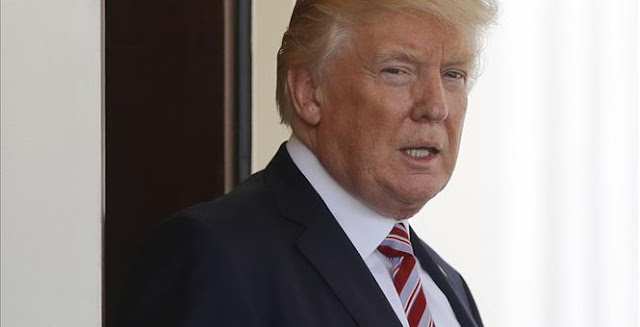 President Trump has issued a statement in response to the Department of Justice appointing former FBI Director Robert Mueller as special counselor to lead the investigation into Russian influence in the 2016 presidential election.


"As I have stated many times, a thorough investigation will confirm what we already know – there was no collusion between my campaign and any foreign entity.  I look forward to this matter concluding quickly.  In the meantime, I will never stop fighting for the people and the issues that matter most to the future of our country," Trump said Wednesday evening.
According to reports the White House was unaware a special counselor would be appointed and found out about the decision just moments before it was publicly announced.


Former FBI Director Robert Mueller is "a man of high integrity, a man of great courage" who will not "put up with any impediments" to his probe of alleged Russian ties to President Donald Trump's campaign, best-selling political author Ronald Kessler told Newsmax on Wednesday.
"You couldn't pick a better person to lead this investigation," Kessler, who has interviewed Mueller for three of his books on the FBI, told Newsmax in an exclusive interview.
Deputy Attorney General Rod Rosenstein named Mueller, who oversaw the FBI during the 9/11 attacks, as independent counsel amid growing calls by Republicans and Democrats in the wake of Trump's firing of FBI Director James Comey last week.
"All sides admire Mueller as a straight-shooter, as someone who has turned the FBI into a very powerful anti-terrorism force after 9/11," Kessler told Newsmax. "The reason why we haven't had a major successful terrorist attack is because of the changes that Mueller made in the FBI to protect us."
"It is a brilliant stroke" by Rosenstein to "diminish the criticism of what Trump has been receiving," he said.
"Neither side can legitimately criticize the Trump White House or the Trump Justice Department in the future because Mueller is in charge of the investigation."
Mueller, 72, took over the FBI one week to the day before the 9/11 attacks, stepping down in 2013. He was nominated by former President George W. Bush and had briefly served as a deputy attorney general.
A graduate of the University of Virginia Law School, Mueller served as a U.S. attorney under Presidents Ronald Reagan and Bill Clinton. He also was an assistant attorney general under President George H.W. Bush.
"He has tremendous grasp of the FBI and how it works," Kessler told Newsmax. "The FBI is so complex that it takes years for a new person to learn it."
Alluding to President Trump's reason for dismissing Comey, Kessler said of Mueller: "As a former Marine, he is not a showboat.
"He really hates publicity. When he testifies, you can't detect any real emotion in his testimony.
"I can't think of anyone better suited to lead this effort," he added. "The FBI will investigate it, and he will be overseeing any prosecutions."
Kessler was fully confident that Mueller would be independent in his inquiry and his findings.
"This removes any cloud over this entire Russia investigation," he said. "It will remove any potential ammunition by the Democrats.
"We will have an independent investigation that will bring out the facts — and that's it."
Kessler told Newsmax that in preparing for his 2011 book — "The Secrets of the FBI" — he learned Mueller had received a Bronze Star and a Purple Heart for his service in Vietnam.
Kessler had to obtain the specifics through a Freedom of Information Act request.
"He was so modest that he didn't want to talk about it," Kessler said.
Mueller served as an officer in the Marine Corps for three years, leading a rifle platoon in Vietnam. His other military honors included two Commendation Medals and the Vietnamese Cross of Gallantry.
Regarding the Moscow investigation, Kessler said Trump's order in April to unleash 59 Tomahawk cruise missiles on Syria — a response to President Bashar al-Assad's use of chemical weapons — was "against Russia's interests."
"The bottom line is that he is not in bed with the Russians," he said. "That should tell people that a lot of the hysteria about Russia is fiction."
_______________________


Kessler: Trump and FBI Probe Nothing Like Watergate
By Bill Hoffmann


A private chat President Donald Trump had with FBI director James Comey about ending an FBI probe is nothing at all like the Watergate scandal that sank Richard Nixon, veteran investigative reporter and bestselling political author Ronald Kessler tells Newsmax TV.
"When it comes to the Comey material, these comparisons to Watergate are a joke," Kessler said Wednesday on Newsmax's "America Talks Live" with Bill Tucker.
"Trump did not take any action to interrupt the investigation. He allegedly asked if it could be stopped, but that's quite different from actually obstructing justice, which is what happened in Watergate."
On Tuesday, The New York Times reported that before Trump fired Comey saying he was no longer trustworthy, he had asked the FBI chief to drop an investigation into national security adviser Mike Flynn.
"Richard Nixon, the president, made up some story about the CIA keeping secrets and therefore the FBI should not continue the Watergate investigation. That was obstruction of justice. Also, Nixon fired the Watergate special prosecutor. That was obstruction of justice," said Kessler, who worked at The Washington Post.
"I remember sitting near [Watergate reporter Bob] Woodward when he came over and told me that he found out that E. Howard Hunt, one of the Watergate plotters, had an office in the White House. He was absolutely astounded.
"That's the kind of real Watergate that these people have no idea what they're talking about when they compare it to Donald Trump."
Kessler, author of the book, "The First Family Detail: Secret Service Agents Reveal the HiddenLives of the Presidents," published by Crown Forum, also points out that Comey hadn't revealed his conversation with Trump earlier.
"That's the bottom line, the fact that he didn't report it indicates that he didn't feel it was obstruction of justice and it wasn't, by any definition," Kessler said.
Newsmax TV video of Kessler interview
Posted by Frances Rice at 11:35 PM