This Is A Coup Against Our Right To Govern Ourselves 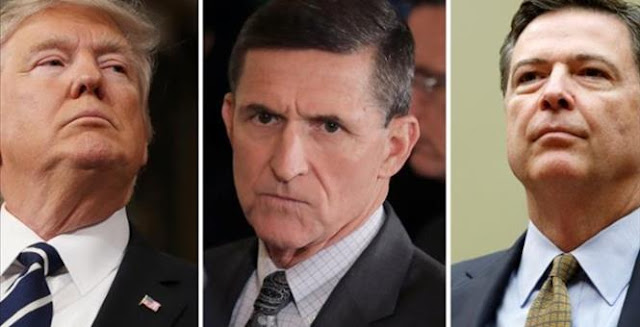 The blizzard of lies and distraction blowing through Washington is not just any routine stuffstorm, but a calculated attempt to bring down a president – our president, not the establishment’s president.
And more than that, it’s an attempt to ensure that we never again have the ability to disrupt the bipartisan D.C. cabal’s permanent supremacy by inserting a chief executive who refuses to kiss their collective Reid.
This is a coup against us. It’s a coordinated campaign by liberals and their allies in the bureaucracy and media to once and for all ensure their perpetual rule over us. We need to fight it, here and now, so we don’t have to fight it down at the bottom of this slippery slope.
It’s brazen. It’s bold. It’s insulting to our intelligence. They aren’t even trying to hide their lies anymore. Truth is irrelevant; this is a choreographed dance routine and everyone has his moves. Call it Breakin’ 2: Electric Leakaroo, except instead of trying to save the community center they’re trying to save their power and prestige.
To buy the media narrative on this latest Russian nonsense, you must believe:
1. That whatever was revealed was super-secret, though we don’t know exactly what it was. When in doubt, assume it’s on par with the nuclear codes!
2. That there was no good reason to share this info with Russia, like coordinating our fight against our joint enemy or to prevent another Russian airliner massacre. Because why would we want another power fighting ISIS or civilians not to be blown out of the sky?
3. That LTG McMaster, who literally wrote the book on soldiers standing up to misbehaving civilian leaders and displayed immense personal courage in battle, turned chicken and sat there silently as Trump monologued about this unknown mystery info of doomsday-level import.
4. That LTG McMaster lied on camera. Twice. And that Secretary of State Tillerson lied too.
5. That random anonymous sources in an intelligence community that hates Trump with a burning passion must be believed without question, though we don’t know their identities or their motives.
6. That these anonymous randos must be believed, even though they were not actually in the room to, you know, actually hear what happened. The traditional bar on hearsay is apparently now just a bourgeois conceit.
7. That when the Washington Post and the rest of the media publishes classified stuff (including intelligence provided by allies) leaked by anyone not named “Donald Trump,” it’s awesome.
8. That the Washington Post and the rest of the media, which has been wrong over and over again in their reporting, are not wrong again.
9. That the Washington Post and the rest of the media are objective and have no anti-Trump bias, even though they are literally cheering the hits on the president.
10. That there are unicorns.
The latest pseudo-scandal is that Trump doesn’t think Mike Flynn did anything wrong, and told James Comey so back in February.
So basically, Trump expressed the same view he had of the whole Flynn nonsense to Comey as he has expressed to every interviewer.
Comey did nothing, and said nothing (even when testifying to Congress) for nearly three months, because it was nothing. The Russian snipe hunt continued throughout unabated.
That off-hand comment was a pretty poor attempt at obstruction of justice since it didn’t obstruct anything – to the limited extent these Russian witch hunts can be confused with “justice” at all.
So the Menschian thinkers who usually scream “Treason!” are now screaming “Obstruction of Justice!” It’s adorable when they learn new terms and try to use them correctly; they’re so proud of themselves and their vocabulary building that you almost feel bad having to point out that they sound like idiots.
It is nice, though, to have liberals finally come out against the abuse of executive power, misuse of classified material, and Russians. Welcome to the party, except we know you’re full of Schumer.
It’s all lies, and they know it and we know it. Normal people just shake their heads and wonder why Washington is so consumed with political nonsense instead of solving problems. But then, Washington does not produce solutions. It produces only political nonsense.
This is a concentrated, coordinated effort by elite insiders to take down not this president – Trump’s not the point here – but to take down us, the normal American they seek to rule. Someone came to Washington who wasn’t part of the club, and that’s intolerable. So they are desperate to expel him, and by extension, us.
Every day will be a crisis, every action he takes will be the worst thing that has ever happened, and every step towards keeping his promises a crime.
Repeal Obamacare? TRUMP’S SENTENCING MILLIONS TO DEATH!


Talk to Russians? IT’S TREASON!
Telling Comey he wishes this nonsense would stop? OBSTRUTION OF JUSTICE EVEN THOUGH NOTHING WAS OBSTRUCTED!
Now, this campaign isn’t aimed at us. Normal people, people who don’t live in DC or NYC or LA, just tune it out. After all these years, and with the help of the web, we normals know the game. We’re woke, as the dorky leftists say.
The target of this constant barrage is the soft and the stupid, the smug and the sanctimonious, the wusses and the surrender flunkies.
That’s why you get the girlish-handed likes of David Brooks writing dainty columns that give Trump such a pinch!
That’s why David Frum starts using words like “courage” to impugn actual men who have done actual man-things, like LTG McMaster.
That’s why Kasich spews his bilious funk of sanctimony and submission, among other funks.
It’s all to appeal to the Fredocons, the soft-headed RINOs who are smart, not dumb like everyone says, who just want something for themselves – attention, approval, and media pats on their pointy little heads.
So these fussy ninnies, fresh from having some v-capped crone screeching at them that they will vote to take away her right to have taxpayers fork cash over to kill the baby no man will ever give her, wander outside into a wall of mics and cameras and pause. Then they talk, and when what they say trashes Trump sufficiently, the smiles from the press come, and the nods, and then the faux respect.
Now they are no longer mean old Rethuglicans but dauntless heroes, at least in Georgetown, because they are willing to dance and caper to the tune of the establishment.
This tsunami of baloney isn’t aimed at us. It’s aimed at them, the Republicans who are foolish enough to believe their new friends when they whisper words like “honor” and “patriotism.” Some of the marks are real patriots who fall prey to these liars when they couch their bogus narrative in national defense terms. But the majority of the marks are just morons.
When targeting the dummies, the goal is simple. Draw off enough weak, attention-addicted RINOs to make it impossible for the President to govern. Then, hopefully, us normals will shrug, and slink away, having relearned our place. After all, we’re deplorable.
And when the liberal establishment retakes power, and the mavericks and goody-goodies get tossed aside, the bureaucracy, media and the Democrats will conspire to ensure that no one can ever take their power from them again. But they haven’t considered the consequences. We’ll object.
So we have to fight against this cable network coup. Because, if we don’t fight now, we all may end up fighting later.