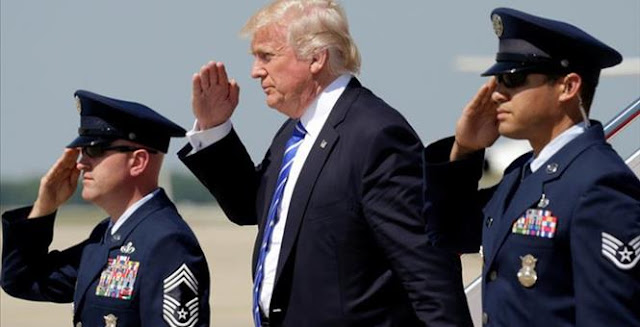 President Donald Trump is officially on his way to the Middle East as he kicks off his first foreign trip.