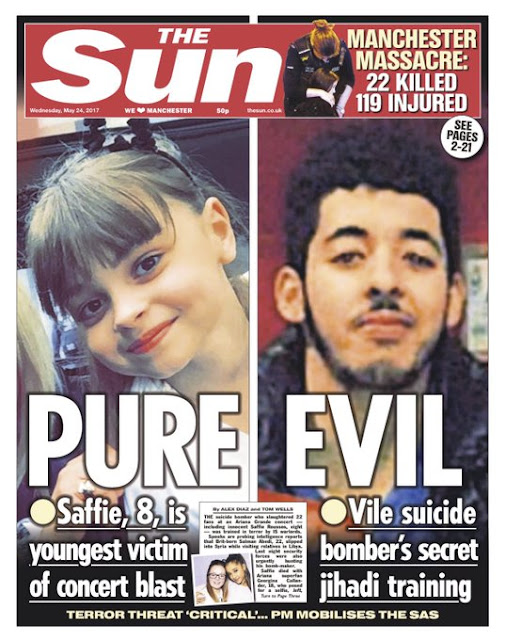 Brit-born Manchester bomber Salman Abedi, 22, is pictured for the first time – as Theresa May raises terror threat to ‘critical’


THIS is the Brit-born suicide bomber who killed 22 innocent people and maimed 59 others in the Manchester Arena nail bomb blast.
Sick terrorist Salman Abedi, 22, was unmasked as Theresa May raised the UK threat level to critical and said she would deploy British soldiers on the streets as another attack may be “imminent”.
The Sun can reveal Abedi had secret jihadi training during family trips to Syria and spooks fear he was not acting alone.
Read more of this article: https://www.thesun.co.uk/news/3624815/manchester-bombing-suspect-salman-abedi-pictured-terror-threat-level/
Posted by Frances Rice at 6:45 PM