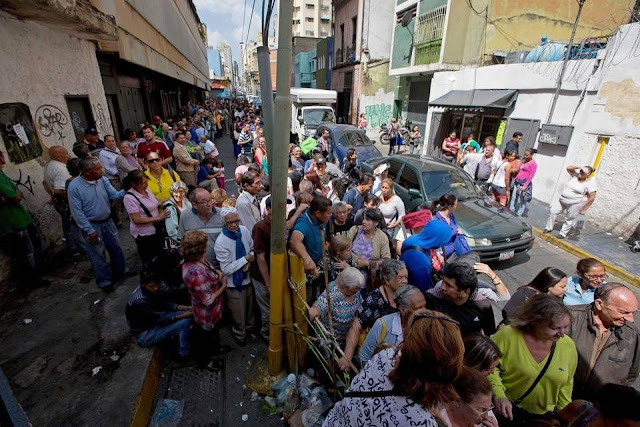 
By Kathryn Blackhurst
Out of approximately 50,000 total evening news stories on ABC, CBS and NBC combined in the last four years, just 25 have covered the ongoing crisis in socialist Venezuela, according to a Media Research Center study published Tuesday.
After Venezuela’s former socialist president, Hugo Chávez, passed away in March 2013, the country has spiraled into economic disaster and civil chaos. So far in 2017, more than 50 Venezuelans have been killed during protests against current Venezuelan President Nicolás Maduro and his socialist policies. 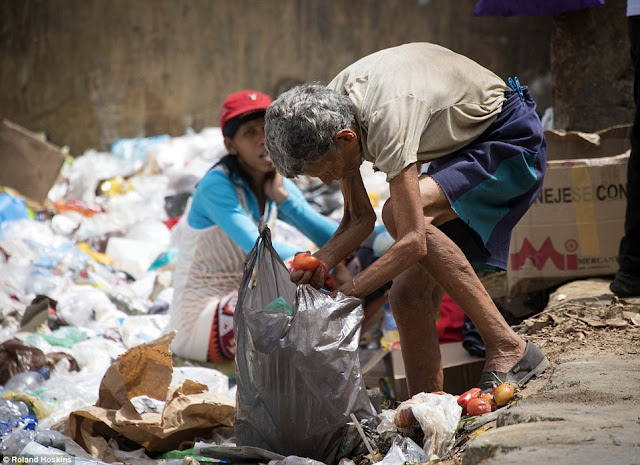 Many Venezuelans are starving due to shortages of food and other essentials. The country’s inflation rate is set to surpass 700 percent and 25 percent of Venezuelans will be unemployed.
“Yet the Big Three evening newscasts have tried to pretend this crisis does not exist, offering virtually no coverage as the situation has deteriorated over the past four years,” MRC Research Analyst Mike Ciandella wrote.
“The networks have also been reluctant to attach the ‘socialist’ label to Venezuela’s government, and have utterly failed to criticize liberal politicians and celebrities who have praised the Chávez and Maduro regimes,” Ciandella added.
Indeed, out of the 50,000 total evening news stories on the three networks, just 25 covered Venezuela, and only seven mentioned “socialism.” In addition, NBC Nightly News only broadcast 13 stories spanning 16 minutes and 54 seconds, ABC’s World News only covered 8 minutes and 34 seconds over seven stories, and CBS Evening News only offered 3 minutes and 11 seconds over five stories.
“The network evening news programs seem allergic to reporting on the ongoing crisis in Venezuela,” Ciandella told LifeZette in an email. “Even worse, the few times they have managed to cover the widespread poverty, starvation and government oppression in that country, they somehow find ways to do that without mentioning the word ‘socialism.'”
Ciandella noted that the three networks aired no stories when Maduro took advantage of a countrywide power outage to stamp out as much opposition as he could in September 2013. When Maduro used the powers he gave himself to rule the country in a state of “emergency” that superseded the National Assembly’s voice, the media networks were silent.
After the anti-socialists elected a majority to the National Assembly in December 2015 and Maduro’s loyalist Supreme Court decided to strip the Assembly of its power on May 18, the media yawned.
On occasion, one of the three major news networks will drop a rare mention of the word “socialism” in connection with the Venezuela crisis in its coverage. As MRC noted, one of those exceptions was correspondent Jacob Rascon on April 20’s NBC Nightly News.
“The Venezuelan economy has been in freefall for years … protesters blamed President Nicolas Maduro and his socialist government,” Rascon said.
CBS Evening News anchor Scott Pelley offered another exception on May 4, when he said, “Running battles continue in Venezuela’s capital. They broke out a month ago when the socialist president tried to grab more power. At least 37 have been killed.”
But all too often, the media turn a blind eye to the atrocities and tragedies that fester in Venezuela, along with the root causes underlying them.
"In fact, ABC's 'World News Tonight' hasn't mentioned the words 'socialism' or 'socialist' in connection with Venezuela even once since Chávez's death in 2013," Ciandella told LifeZette. "This is completely inexcusable. The networks seem intent on distancing the socialism of the Chávez and Maduro regimes with the idealistic socialism of Bernie Sanders and liberal academia." 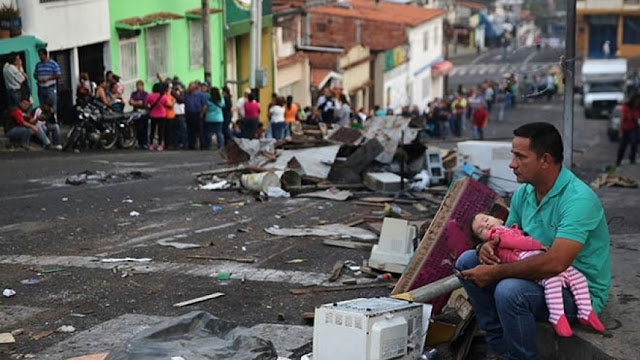 The socialism that Vermont Sen. Bernie Sanders (I-Vt.) and many Hollywood celebrities champion appeals — in theory — to many U.S. college students and struggling young adults.


"I often say only half-jokingly to students on college campuses who are all in with Bernie Sanders that if they think socialism is such a wonderful economic model: How about a one-way ticket to Caracas?" Stephen Moore, an economic policy analyst and Distinguished Visiting Fellow at The Heritage Foundation, wrote of Venezuela's capitol in a Washington Times op-ed published May 21.
"You'd be a fool to go there today. Venezuela is a human-rights crisis of epic proportions, with mass hunger, mass poverty, despair, ghetto upon ghetto, and a mass exodus of private businesses and anyone with money," Moore added.
"The burgeoning resistance throws Molotov cocktails, rocks, and even human feces at the security forces during the nonstop rioting. 'I don't fear death because this life is crap,' one protester told the WSJ," Moore added. "It turns out that 'share the wealth' eventually means there is no wealth, and the egalitarian dream means everyone becomes equally poor. Venezuela is on its way to becoming the next North Korea."