The Best Budget Since Reagan 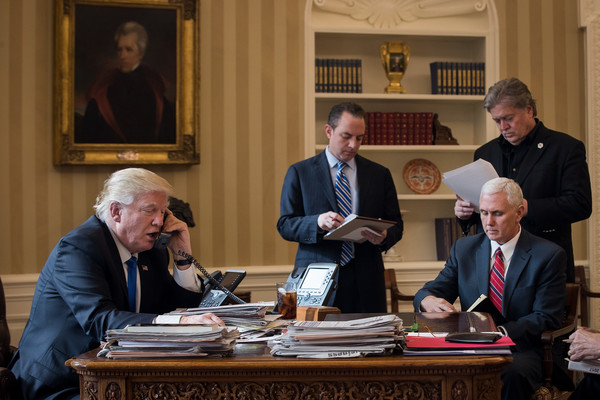 Obamanomics is being reversed
By Stephen Moore


I was honored to work in the Office of Management and Budget under President Ronald Reagan. I’ve been waiting for 30 years to say this, but finally we have a federal budget proposal that would make the Gipper proud. This is the best budget since Reagan undoubtedly.
One way to know that’s true is to listen to the wailing and grinding of teeth on the left. When Hillary Clinton calls the budget “cruel” and “immoral,” you know you’re getting somewhere.
This is a fiscal plan that stresses the need for economic growth and advocates the tax and regulatory policies that would get us there.
It stresses federalism and allowing the states to play their constitutional role as laboratories of democracy. Let the states do it. The feds have struck out. Call it the new, New Federalism.
It puts government on a real diet. And it calls out liberal big government failures. Everything from broken education programs, to the National Endowment for the Arts, has been put on the chopping block.
Best of all is the call to overhaul the corrupt and corrupting welfare state — a $1 trillion a year system that pays people not to work.
How can we go forward with 42 million people on food stamps and 70 million on Medicaid? Can it be true that one in eight families needs the government and taxpayers to put food on the table?
Budget Director Mick Mulvaney said it so well: “If you are on food stamps and are able-bodied, we need you to work.”
Even better was his statement that “we will measure success based on how many people we take off of welfare, not how many sign up.” Obama measured economic success the opposite way: he spent hundreds of millions of tax dollars to encourage people to get food stamps and unemployment benefits.
There is dignity and self-worth in work and earning a paycheck, not being sent a welfare check. There are now many hundreds of communities where as many as half the citizens are on some form of government assistance. This is wrong and creates a culture of dependency that is difficult to break.
The White House’s big gamble here is that the Trump tax cuts will generate 3 to 4 percent growth. With 3 percent growth, over the next 20 years the debt as a share of GDP falls to about 50 percent of GDP. Conversely, as the Trump plan demonstrates, the 1.8 growth path Obama left Trump will cause a debt crisis over the next decade or two. With 3 to 4 percent growth millions of new jobs will be created and the need for welfare will start to disappear. The best way to help the poor is with a good paying job.
So why is this cruel?
‎This budget, in sum, reverses Obamanomics. Well done. Obama’s gave us the worst debt record ($9 trillion added in eight years) of any president by a country mile. The economy barely recovered from recession. Americans voted for a change in direction and this budget lays it all out.
Somewhere Reagan is smiling.