The halls of Congress were bursting with unsubstantiated allegations, anonymously sourced stories, and unverified rumors.

But the lingering constant that hasn’t changed - politicians of all stripes were forced to admit there is no evidence of collusion between Russia and the Trump campaign.


See below for a roundup of clips of politicians from both sides of the aisle admitting there is no evidence of collusion.
Sen. Feinstein Was Pressed Twice By CNN’s Wolf Blitzer And Stated She Has Still Seen No Evidence Of Collusion Between The Trump Campaign And Russia: 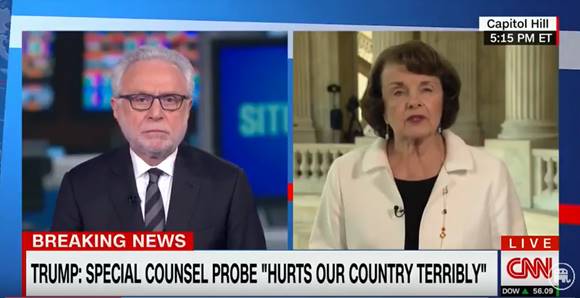 Click To Watch
CNN’S WOLF BLITZER: “The last time we spoke, Senator, I asked you if you had actually seen evidence of collusion between the Trump campaign and the Russians, and you said to me -- and I am quoting you now -- you said, ‘not at this time.’ Has anything changed since we spoke last?”


SEN. FEINSTEIN: “Well, no -- no, it hasn't. …”
BLITZER: “But, I just want to be precise, Senator.  In all of the -- you have had access from the Intelligence Committee, from the Judiciary Committee, all of the access you have had to very sensitive information, so far you have not seen any evidence of collusion, is that right?”
SEN. FEINSTEIN: “Well, evidence that would establish that there's collusion. There are all kinds of rumors around, there are newspaper stories, but that's not necessarily evidence.”
Sen. Graham: No Evidence Of Collusion Between Trump Campaign And Russia: 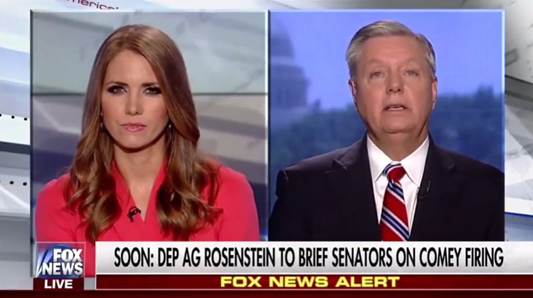 Click To Watch
SENATOR GRAHAM: “There is no evidence of collusion between the Trump campaign and the Russians as of this date. I do not believe the president is a target or subject of any criminal investigation as of right now. So that's what I know right now, and where this goes, I don't know. Follow the facts where they lead.”


After A Rambling Diatribe Of Various Allegations, Rep. Maxine Waters Admits There Is No “Actual Evidence” Of Collusion Between Trump And Russia: 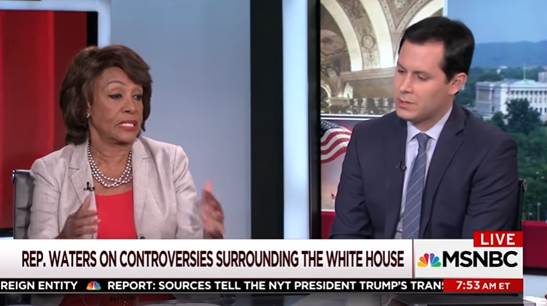 Click To Watch
SAM STEIN, HUFFINGTON POST: "But just to be clear, there has been no actual evidence yet."


REUTERS JOINS THE WITCH HUNT
Buried In The 6th Paragraph Of A Reuters Story About Alleged Previously Undisclosed Contacts Between Russia And The Trump Campaign, The Writers Disclose That Investigators Have “Seen No Evidence Of Wrongdoing Or Collusion” From The Newly Unearthed Records:


“The People Who Described The Contacts To Reuters Said They Had Seen No Evidence Of Wrongdoing Or Collusion Between The Campaign And Russia In The Communications Reviewed So Far.”


Compiled By The Republican National Committee
Posted by Frances Rice at 10:11 PM