Gentry liberals own the Democratic Party 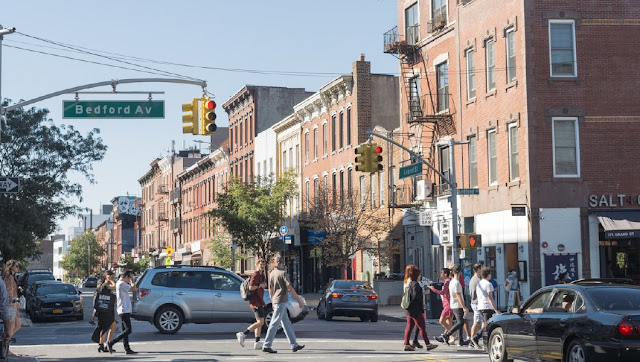 Gentry liberals have the microphone and the money to dominate the Democratic Party. Whether they can overcome their snobbish disdain and bitter contempt for those beyond their comfortable enclaves, and come up with a winning national strategy, is unclear. (iStock by Getty Images)

Amid the brouhaha about the Nunes memo and the DACA controversy, an item from Greg Hinz of Crain’s Chicago Business caught my eye.

That’s consistent with election results. Gentry liberals—the phrase is urban analyst Joel Kotkin’s—are the political base of each of those cities’ mayors, Bill de Blasio, Eric Garcetti, and Rahm Emanuel.

In time they faced challenges from candidates with non-white political bases—blacks, Puerto Ricans and Dominicans in New York, Mexicans in Los Angeles, blacks and Hispanics in Chicago. Now gentry liberals are on top.

This reflects demographic change. Blacks have been moving from central cities to suburbs and to the South.

Mexican immigrant inflow largely shut down circa 2008. [The era of President Barack Obama.]

The trend is visible elsewhere—not only in San Francisco, Seattle, Portland, but also in Washington, Philadelphia, Pittsburgh, even in Cleveland and Detroit. It’s widespread and strategic enough to be changing the face of the Democratic Party.

There’s irony in this.

Gentry liberals have produced the highest-income-inequality metropolitan areas in the nation.

They decry gentrification, and the accompanying movement of low-income blacks and Hispanics out of their neighborhoods, even as they cause it.

They sing hymns to diversity even as they revel in the pleasures of communities where almost everybody believes and consumes exactly the same things—and votes uniformly Democratic.

Gentrification thus inevitably reshapes the Democratic Party, which from its beginnings in 1832 has been a series of coalitions of people regarded as somehow unusual Americans but who, taken together, are a national majority.

Consider Democrats’ priorities during the presidency of Barack Obama, who has lived all his adult life in gentrified neighborhoods.

Increased taxes on high earners, which gentry liberals are happy to pay (if they weren’t they would have joined other affluent folk moving to Florida and Texas).

An infrastructure bill that was, as American Enterprise Institute’s Christina Hoff Sommers documented in the Weekly Standard, titled and tailored at the behest of feminists to invoke higher pay for teachers and nurses rather than new jobs for “burly men."

But even with supermajorities, she and other Democratic leaders didn’t bring forward immigration legislation, not even relief for the DACA Dreamers whose cause they recently insisted was worth shutting the government down.

This year New York’s Andrew Cuomo and California’s Jerry Brown have been bellowing against the Republican tax bill for eliminating most of the deduction for state and local taxes. This has virtually no impact except on people with incomes over $100,000 in high tax states. I.e., gentry liberals. First constituencies first.

And who are Democrats eyeing as possible 2020 presidential nominees?

Identity politics, a favorite talking point of gentry liberals, has them focusing mainly on women and minorities. Like Kirsten Gillibrand, who met her husband while working in Manhattan, and Elizabeth Warren of Cambridge, Massachusetts. Or Cory Booker, raised in Harrington Park, New Jersey, and Kamala Harris, from San Francisco.

Not often mentioned is Sen. Sherrod Brown, who has won 11 elections in the classic swing state of Ohio. Brown has been a consistent critic of trade agreements, an issue that strikes gentry liberals as vulgar. Similar repugnance may explain the lack of interest in Sens. Mark Warner (early victories won by appealing to rural Virginians) and Michael Bennet (record as Denver school superintendent not in lockstep with teacher unions).

Gentry liberals may seek to appease other party constituencies, including blacks and Hispanics, but they insist on their own priorities.
Dominating the party is one thing; producing candidates and issues with appeal to the broader national electorate is another.

Gentry liberals have the microphone and the money to dominate the Democratic Party.

Whether they can overcome their snobbish disdain and bitter contempt for those beyond their comfortable enclaves, and come up with a winning national strategy, is unclear.