By JOHN HINDERAKER  I POWERLINE 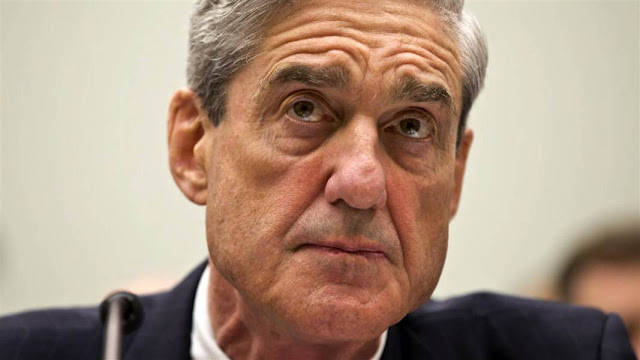 I wrote here about Robert Mueller’s indictment of 13 Russian citizens and three Russian companies. The indictment is an odd one, as I pointed out:

Its very first paragraph recites that it is against the law for foreign nationals to spend money to influence US elections, or for agents of foreign countries to engage in political activities without registering. But no one is charged with these crimes. Instead, the indictment is devoted mostly to charging a “conspiracy to defraud the United States.” Normally, that would refer to defrauding the U.S. out of, say, $10,000 in Medicare benefits. Its application to the 2016 election seems dubious. Beyond that, the indictment charges relatively minor offenses: bank fraud (opening accounts in false names) and identity theft.

I have continued to puzzle over why Mueller chose not to indict the Russians for their most obvious offenses. I think the answer lies in this column by Robert Barnes, titled “Does Mueller Indictment Mean Clinton Campaign Can Be Indicted for Chris Steele?”

Barnes’s column is off the mark, I think, because it is written as though Mueller did indict the Russians for improper meddling in a U.S. election:

Special Counsel Robert Mueller indicted foreign citizens for trying to influence the American public about an election because those citizens did not register as a foreign agent nor record their financial expenditures to the Federal Elections Commission. By that theory, when will Mueller indict Christopher Steele, FusionGPS, PerkinsCoie, the DNC and the Clinton Campaign?

Actually, Mueller indicted the Russians only for violating 18 U.S.C. §371 (conspiracy to defraud the United States), §§ 1343 and 1344 (wire fraud and bank fraud), and §1082(A) (identity theft). He did not indict them for violating 52 U.S.C. §30121 (contributions and donations by foreign nationals). The question is, why not? Here, I think Barnes supplies the answer, although again I do not think his explanation is technically accurate.

This is the relevant language of 52 U.S.C. §30121, which covers “meddling” in U.S. elections by foreign nationals:

(a) Prohibition: It shall be unlawful for—

(1) a foreign national, directly or indirectly, to make—

(B) a contribution or donation to a committee of a political party; or

(C) an expenditure, independent expenditure, or disbursement for an electioneering communication (within the meaning of section 30104(f)(3) of this title); or

(2) a person to solicit, accept, or receive a contribution or donation described in subparagraph (A) or (B) of paragraph (1) from a foreign national.

The Russians obviously violated this statute; they spent millions of dollars to promote the candidacies of Bernie Sanders, Donald Trump and Jill Stein, and to oppose the candidacies of Hillary Clinton, Ted Cruz and Marco Rubio. So why weren’t they charged with the most pertinent crime they committed? Because Christopher Steele arguably violated the same law. He is a foreign national, and he contributed a “thing of value” to the Hillary Clinton campaign, namely the fake dossier.

Note, too, Section (2): it is a crime to “solicit, accept, or receive” such a contribution from a foreign national. Isn’t that what the Perkins, Coie law firm, the Clinton campaign, the DNC, and probably Hillary herself, did?

I don’t doubt that election lawyers could come up with defenses for Christopher Steele, were he to be charged with violating §30121. But that is a can of worms that Mueller didn’t want to open.

Too many people know the facts behind the Steele dossier, and if he had charged the Russians with meddling in the presidential election under §30121, he soon would have faced questions about why he didn’t indict Steele–and Glenn Simpson, Perkins, Coie, Clinton campaign officials, and perhaps Clinton–for the same offense.

It was in order to avoid that pitfall, I suspect, that Mueller overlooked the most relevant federal offense that the Russians committed, and instead charged them with a vague “conspiracy to defraud,” along with wire fraud, bank fraud and identity theft. The first charge is entirely discretionary on Mueller’s part, and Steele didn’t commit wire fraud, bank fraud or identity theft.

I think that is why Mueller chose not to indict the Russians for meddling in a U.S. presidential election.