What Do We Do about the Biased and Incompetent FBI? 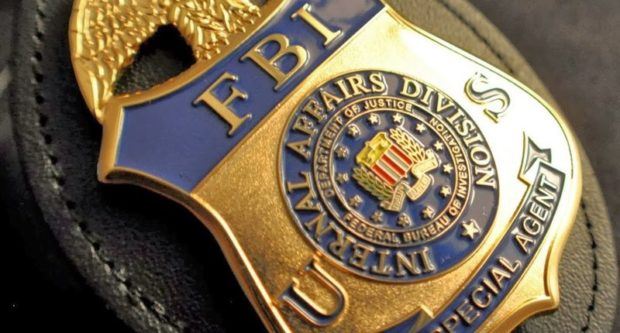 It's bad enough for a law enforcement agency to be biased. It's even worse for it to be biased and incompetent.

But the latter seems to be an apt characterization of our Federal Bureau of Investigation in the wake of the killings in Parkland, Florida, where, by their own admission, the organization overlooked warnings about the killer that could have saved seventeen students and teachers from mass murder.

This is no mere bureaucratic slip-up and the demand by Governor Scott for the resignation of FBI Director Wray is understandable considering the number of dead children in his state.

The incompetence, moreover, is not just restricted to Parkland. It pervades an institution that—frequently blinded by the most rote political correctness—interviewed and then released terrorists who ultimately perpetrated horrific attacks from the Boston Marathon to the Orlando nightclub massacre. (There are several more.)

Those, to be kind, oversights demonstrate aspects of bias mixed with incompetence, but that lethal combination became yet more apparent throughout the Russian collusion investigation.

For the last few weeks we have been digesting the nauseating probability that the FBI used a dossier paid for by the Clinton campaign and ginned up by an assembly of creepy political hatchet men and women (Blumenthal, Shearer, Steele, two Ohrs, etc.) with input from various "friends of the Kremlin" in order to spy on an American citizen and, undoubtedly, Donald Trump, before and after he became president.

In other words, the FBI displayed the behavior of a Banana Republic in its bias (well, it's a lot more than that, sadly ) at the same time it demonstrated its incompetence by doing so in a manner that would so easily—despite their myriad redactions—finally be uncovered.

Many have stated they felt they could do this—play fast and loose—because Clinton's victory was assured, but even that was no guarantee. Documents exist. Did they think Tom Fitton and Judicial Watch would stop their FOIA requests? Eventually, the truth gets known. Whether anyone does anything about it is another matter.

This  "biased incompetence" has not gone away.

It showed up again Friday in the supposedly momentous announcement by Deputy Attorney General Rod Rosenstein that 13 Russian nationals and three Russian companies have been indicted for monkeying with our 2016 election via social media. Two of them even came to the U.S. to do it.

Aiming to wreak havoc with our system, they are alleged to have done everything from exploiting minority groups (in the grand Soviet tradition)  to instigating pro and con Donald Trump demonstrations on the same day.

Disinformation, as most intelligence officials know, or should, has been a hallmark of Russian intelligence since the czars. (Remember The Protocols of the Elders of Zion?) These particular Russkies began their disinformation campaign back in 2014, two years before the election.

Where was the FBI? Why did it take them so long to unmask a fairly paltry one million dollar Internet campaign using the most old-style Soviet front groups, although throwing them up online this time?

Could it be because this all got started under Obama and he was the one who famously excoriated Mitt Romney during the 2012 presidential debates for daring to point out that Russia was still a serious threat?

Obama (busy cozying up to and ultimately enriching Iran) accused Mitt of being back in the eighties. The Cold War had been over for twenty years. No wonder the FBI wasn't paying much attention to Putin & Co.

Evidently it took the Trump-Russia gambit to get them off their duffs to discover this giant espionage ring—this even though Rosenstein admitted during his press conference it had no impact on the election and did not involve a single willing U.S. citizen.

At certain levels, it seemed almost like a practical joke.

It's worth remembering that the FBI has a history of missing out on Russian threats.

Back in 1940, Whittaker Chambers also famously came forward to warn them about the Ware Group of Soviet spies, including Alger Hiss, that had infiltrated the highest levels of the U.S. government—something far more serious than we have today—but his warnings were dismissed by the feds. Chambers was right, of course.

At least the excuse at that point was that the FBI was more worried about the Nazis than the communists.

Nowadays, the excuse seems to be Donald Trump.

No, our FBI is not the stuff of legend, if it ever was, although, obviously, good, hard-working people work there.

But it doesn't seem to be doing its job.

In fact, it seems to be doing the wrong job.

The bias and incompetence have infected each other to a degree that is indeed lethal.

They are a bureaucratic organization gone rotten.

The solution isn't that complicated but it's painful.

Since the fish rots from the top, cut it off.  All of it.

Roger L. Simon is an award-winning novelist, Academy Award-nominated screenwriter and co-founder of PJ Media.  His latest book is I Know Best:  How Moral Narcissism Is Destroying Our Republic, If  It Hasn't Already.