The Ruling Class Hates You 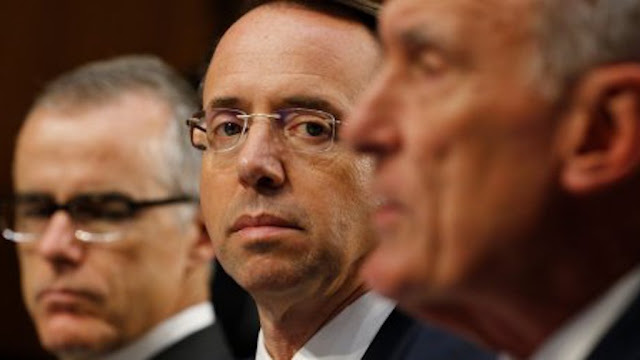 I thought love trumps hate. That’s what I’ve been led to believe by an effusion of t-shirts, bumper stickers, and social media postings from the self-styled anti-Trump Resistance™. As my friend Roger Kimball likes to say, there really is nothing like the intoxication of moral superiority.

The syrupy slogans promulgated by the ruling class, ruling class wannabes, and fellow travelers on the Left aren’t fooling anyone, not even, I would guess, the people who say, wear, and post them. Truth is, they really don’t like the rest of us. No problem, we have our own lives and families. But it’s only not a problem until such disdain is combined with a sense of political entitlement and the coercive power of government.

Which brings us to the political and cultural union of the Democratic Party and the permanent political class called the deep state, that forms the unelected, unaccountable fourth branch of government that wields so much power up to and including the police power of the FBI.

In private texts recently made public, FBI “super-agent” Peter Strozk and his mistress, FBI lawyer Lisa Page, were quite candid. Their open disdain for a wide variety for groups including Italians, Russians, Romanians, gypsies, Virginians, Texans, and pro-lifers should surprise no one. The leaders of their party have been saying the same thing in public for years.

Here is one telling exchange between the star-crossed lovers:

“They ALL are,” Page responded.

“Funny to watch and think of [redacted]. No wonder he’s a brusque as he is…and those Romanians aren’t even the gypsies…” Strzok shot back.

“Seriously, I kind of hate them. (I’m sure [redacted] fine). But they have the crookedness of the Russians with the entitledness of the Italians. Yuck,” Page answered.

In a separate exchange, Page goes after Russians—all of them—again:

“…hate them. l think they’re probably the worst. Very little I find redeeming about this. Even in history. Couple of good writers and artists I guess.”

Even worse than those entitled Italians and sleazy Romanians? I guess that means no Tchaikovsky or Rimsky-Korsakov on her playlist.

But it’s not just foreigners. It turns out, they’re not terribly fond of Americans either. Virginians and Texans come in for particular scorn because, well, you know, it’s always open season on rural America and the South. Virginia and Texas must seem like a twofer.

When Jill McCabe (D-Va.), wife of former Deputy Director of the FBI Andrew McCabe, lost a race for the Virginia state senate after taking nearly $700,000 from the Clintons and their allies, Strzok let loose on his neighbors and countrymen.

“Disappointing, but look at the district map,” he texted.“Loudon is being gentrified, but it’s still largely ignorant hillbillys (sic). Good for her for running, but curious if she’s energized or never again.”

I’d guess that the “ignorant” voters of Loudon County probably realize that the slur he was reaching for is spelled “hillbillies” and not “hillbillys.” Strzok can remember it in the future because it’s the same construction used in other words, like “adulteries” and “felonies.”

He had a few words for the Lone Star State too. “And while i (sic) hate Trump, part of me thought (redacted) would not/may not get into (redacted) because they’re white and not from buttf*ck Texas…”

How about the hundreds of thousands of people from all parts of the country and all walks of life attending the annual March for Life?

Page isn’t a fan of them either: “I truly hate these people. No support for the woman who actually has to spend the rest of her life rearing this child, but we are about ‘life.’ Assholes.”

In Page’s world, “life” comes with scare quotes and consists of adultery with a co-worker, leaking classified information to the press, using federal police power to rig presidential elections, and spewing venom at virtually everyone outside of her social and professional circle. What a life.

Maybe Page and Strzok are outliers. Maybe they were just venting private frustrations with a lover. Maybe. But the public statements of the leaders of their own party, the people they admire, who Page called the “very impressive” (the Obamas) and the woman who deserves to win “100,000,000-0” (Clinton) are even worse.

The Strzoks and Pages, the Clintons and Obamas have all made it abundantly clear that they don’t like the America they see around them.

They don’t like where it came from or the people who live here.

The ruling class makes no secret of it: they hate you.

“You go into some of these small towns in Pennsylvania, and like a lot of small towns in the Midwest, the jobs have been gone now for 25 years and nothing’s replaced them. And they fell through the Clinton Administration, and the Bush Administration, and each successive administration has said that somehow these communities are gonna regenerate and they have not. And it’s not surprising then they get bitter, they cling to guns or religion or antipathy to people who aren’t like them or anti-immigrant sentiment or anti-trade sentiment as a way to explain their frustrations.”

“There needs to be a Catholic Spring, in which Catholics themselves demand the end of a middle ages dictatorship and the beginning of a little democracy and respect for gender equality in the Catholic church.”

And, of course, there was Hillary’s open contempt for the Deplorables.

“You know, to just be grossly generalistic, you could put half of Trump’s supporters into what I call the basket of deplorables. Right?” Clinton said. “The racist, sexist, homophobic, xenophobic, Islamaphobic—you name it. And unfortunately, there are people like that. And he has lifted them up.”

If that’s not enough, compare the slogans of the Left to their candid public and private statements.

The sense of entitlement and open disdain of this country’s counterfeit elites is dangerous.

Early in the Obama Administration, it led to weaponizing the IRS against political rivals.

That manifest wrong was never punished and it emboldened ruling class Democrats in the FBI to lie to the FISA court so they could spy on the Trump campaign for the benefit of Hillary Clinton.

The unfolding political corruption is just the public manifestation of a deeper social and political crisis that strikes at the heart of our ability to maintain a system of constitutional self-government.

George Washington addressed his countrymen as “friends and citizens” in his Farewell Address.

The ruling class doesn’t want that.