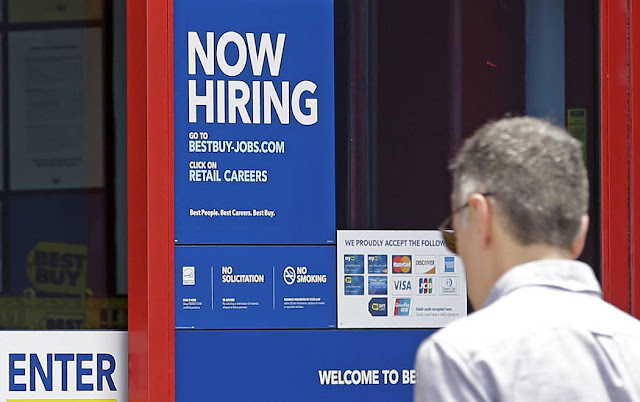 U.S. hiring picked up in January and wages rose at the fastest annual pace since the recession ended, as the economy’s steady move toward full employment extended into 2018.

Nonfarm payrolls rose 200,000 -- compared with the median estimate of economists for a 180,000 increase -- after an upwardly revised 160,000 advance, Labor Department figures showed Friday.

The jobless rate held at 4.1 percent, matching the lowest since 2000, while average hourly earnings rose a more-than-expected 2.9 percent from a year earlier, the most since June 2009.

CLICK HERE TO READ THE REST OF THIS ARTICLE
Posted by Frances Rice at 11:27 AM