Comey to Trump: The Russians Didn’t Influence the Election 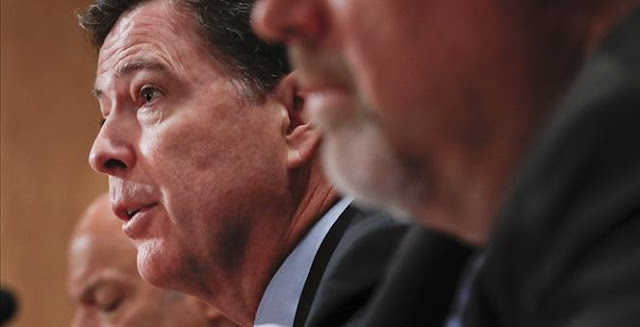 In telephone conversations with Donald Trump, FBI Director James Comey assured the president-elect there was no credible evidence that Russia influenced the outcome of the recent U.S. presidential election by hacking the Democratic National Committee and the e-mails of John Podesta, the chairman of Hillary Clinton’s presidential campaign.
What’s more, Comey told Trump that James Clapper, the director of National Intelligence, agreed with this FBI assessment.
The only member of the U.S. intelligence community who was ready to assert that the Russians sanctioned the hacking was John Brennan, the director of the CIA, according to sources who were briefed on Comey’s conversations with Trump.
“And Brennan takes his marching orders from President Obama,” the sources quoted Comey as saying.
In Comey’s view, the leaks to the New York Times and the Washington Post alleging that the Russians tried—and perhaps even succeeded—in tilting the election to Trump were a Democratic Party effort to delegitimize Trump’s victory.
During their phone conversations, Comey informed Trump that the FBI had been alert for the past year to the danger that the Russians would try to cause mischief during the U.S. presidential election.
However, whether the Russians did so remains an open question, Comey said, adding that it was just as likely that the hacking was done by people who had no direct connection to the Russian government.
“It’s also unclear,” the sources pointed out, “why Putin would have preferred dealing with Donald Trump, who has promised a major military buildup, over Hillary Clinton, who would have continued Barack Obama’s cautious policies toward the Kremlin.”