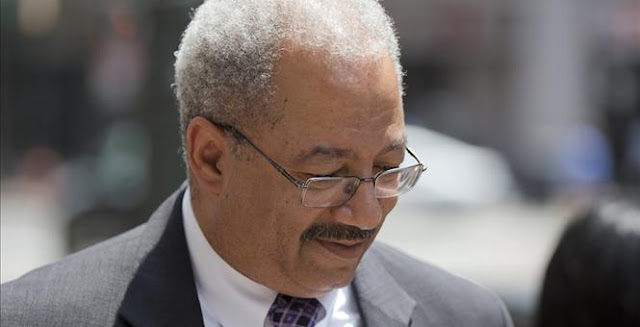 Chaka Fattah [a Democrat], who served as a Pennsylvania representative since 1995 until his resignation in June, has been sentenced to prison for 10 years for using government grants and charity money for personal gain.


In just a few instances of his long list of illegal activities, Fattah reportedly used good chunks of nonprofit funds to resolve a family issue, boost a friend's chances for a political appointment, and go on vacation.
For example, Fattah used $23,000 in nonprofit funds to repay his son’s college loans and took an $18,000 bribe to try to help a friend become an ambassador. He even lobbied President Barack Obama on the friend’s behalf, to no avail. Fattah and his wife used the $18,000 for a down payment on a Poconos vacation home. They told authorities the money covered the friend’s purchase of a Porsche owned by Fattah’s wife, but the Porsche never left their garage.
Fattah is expected to report to prison on Jan. 25, 2017.