What African-Americans Have to Gain From a Trump Presidency 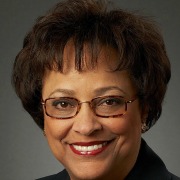 
A lot of strong words were thrown about in this year’s presidential campaign, but few packed as powerful a punch as a single question that Donald Trump asked black voters in August.


The pundits didn’t seem to understand, but many of us knew exactly what he meant.
While the black community has much to celebrate, including its rich culture, spirit of strength, accomplishments, and progress in some areas, many African-Americans are suffering.


It wasn’t always this way. In the mid-1900s, for example, poverty in the black community dropped by nearly 50 percent, and skilled tradesmen saw their income more than double relative to whites.


Today, unemployment and poverty rates among African-Americans are nearly twice the national average, and 12 million blacks—including 4 million of our children—live in poverty.


Things are bad on the education front as well. Today, fewer than half of all black students in many large U.S. cities graduate from high school. Just as shocking, the math achievement gap between black and white students has not changed in decades and has actually widened in reading.


And consider what’s happened to our families. As hard as it may be to believe, the marriage rate among blacks used to be higher than it was among whites.


As recently as 1960, more than 7 of every 10 black kids were being raised by both their mother and father. Today, fewer than half of them are.  In fact, nearly 5 million black children today live in homes without one or both of their parents.


Now, I realize a lot of professional politicians choose to ignore these facts, but, within the black community, we don’t. Because we can’t.


That’s why many of us understood what Trump was asking.


I truly believe that there is broad agreement on the need for change. Republicans and Democrats alike want to see our education system fixed so all children can achieve their full potential.


That said, Republicans and Democrats have some very different ideas about how to make those things happen.


Ever since President Lyndon Johnson waged his “War on Poverty” over half a century ago, the Democrats’ approach has been to spend trillions of dollars on nearly 100 government programs. Fifty years later, we’re now worse off in many respects than we were before the War on Poverty began.


And so Trump appealed to the black community to try a different approach.


It won’t be easy, of course. Some will disparage Trump’s message and intent right out of the gate because they’ve been told they can only trust Democrats. Others will accuse Trump and his agenda of being “racist” or “bigoted” just because they know those words have an incendiary effect.


But I find it striking that no one disagrees that America’s course must be changed. Because, nasty politics and fiery rhetoric aside, even Trump’s most panicked critics know deep down what most Americans have been consistently telling pollsters: Our nation has been on the wrong track.


As the old saying goes, insanity means doing the same thing over and over again, each time expecting different results. Well, we’ve tried one government program after another and we’ve thrown piles of money and mountains of regulations at the problems plaguing our community. But the problems just keep getting worse.


Fortunately, a lot of new talent is coming to Washington, D.C. People with deep compassion, vast experience, and a willingness to put their lives on hold while they help America get back on track. I’ve met many of these people, and each time I do, I feel a renewed sense of optimism about our country’s future.


Like me, they are driven by a desire to eliminate poverty, create jobs, fix broken schools, improve our health, and heal our families. Their focus isn’t solely on the black community, but every policy that is good for all Americans has the potential to be especially positive for African-Americans because of how far we’ve fallen.


The stage has been set with new players and bold ideas. Their sleeves are rolled up and their purpose is clear.


Now it’s up to us. We can criticize and attack, as some are already doing even before Trump takes the oath of office. We can hurl ugly insults and take to the streets, as many have been doing. Or we can keep our hearts and minds open, lend a hand whenever needed, give good people time to do the good we need done, and join hands and forces to realize something Dr. Martin Luther King said long ago: “We have an opportunity to make America a better nation,” he told us, “to make America what it ought to be.”


King was right.  We do have that opportunity—right now. And understanding both what we have to lose as well as all that we have to gain is a great place to start.
Kay Coles James, a trustee of The Heritage Foundation, formerly served as director of the U.S. Office of Personnel Management and as Virginia's secretary of health and human resources. She is currently serving on President-elect Donald Trump's transition team as the co-chair of the Management and Budget teams.


http://dailysignal.com/2016/12/08/what-african-americans-have-to-gain-from-a-trump-presidency/?utm_source=TDS_Email&utm_medium=email&utm_campaign=MorningBell&mkt_tok=eyJpIjoiTURFd1pUTTBPVFk1TkdOaSIsInQiOiJSRjFaQ1BxTGh6UWNjdkFWQjJWSzVLVEwrN0FWdWV6RXozUFZDZ0dRSFEwUkJETjNxdVNhdWJiTmtMQlNTeEhkd1RLSUJUVVFST3dYbVFNZDBVRzRnWW5cL1AybU5uUmZobkpKK0hlb3dEQjA9In0%3D
Posted by Frances Rice at 10:53 AM