Hillary Is Runner Up Again...in TIME's Person of the Year Contest 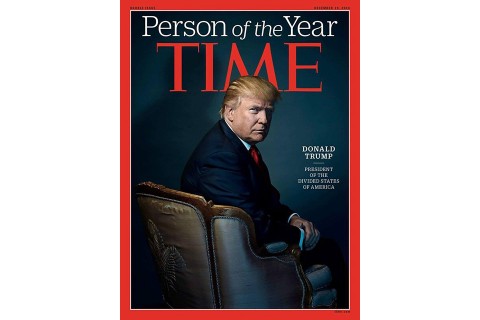 Donald Trump can add another magazine cover to the impressive stack he has on his desk at Trump Tower.  In what was probably the editors' easiest decision ever, TIME Magazine has named the president-elect as their 2016 Person of the Year.


Who else could it have been? After beating out 16 competitors (most of whom had political experience), Trump shocked the world by becoming the 45th president of the United States. His campaign was unprecedented - some call it a revolution. He defied all the campaign protocols, routinely speaking off the cuff and not being afraid to call out the media (sometimes personally.) Because of his uncouth behavior, many predicted a Hillary Clinton landslide. Yet, as they had been all year, the pundits were wrong once again come Election Day.
Clinton came in second yet again to Trump in the Person of the Year running, according to TIME's managing editor Nancy Gibbs.
Congrats, Mr. President-elect.