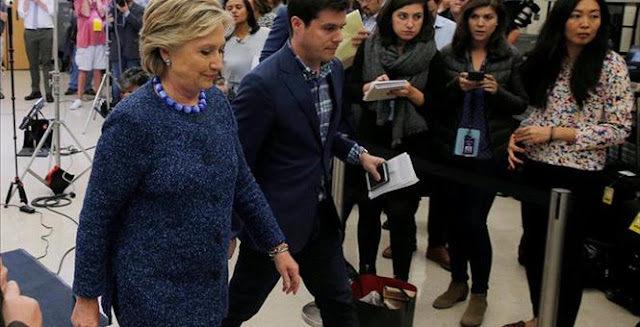 Christine wrote about the Obama administration delivering punitive sanctions against Russia for their role in trying to interfere with the 2016 election. As a result, Russia is mulling retaliatory measures as well. Today, the FBI and the Department of Homeland Security released a 13-page report showing how Russia hacked Democratic Party organizations. That is not the same as hacking the election, which some outlets have claimed (via The Hill):
The FBI and the Department of Homeland Security (DHS) on Thursday released a joint report detailing how federal investigators linked the Russian government to hacks of Democratic Party organizations.
[…]
The report, known as a “Joint Analysis Report” or JAR, refers to the Russian hacking campaign as “Grizzly Steppe.”
It comes as part of a slate of retaliatory measures against Russia issued Thursday by the Obama administration in response to the hacks, and expands on a joint statement issued by the two agencies in October, formally attributing the attacks to Russia.
In the October statement, officials described the hacks and subsequent publication of stolen emails on WikiLeaks as an attempt to “interfere” with the U.S. election that is “consistent with the Russian-directed efforts,” but provided no evidence to support their assessment.
[…]
The FSB is thought to be behind the hacking group known as APT29. A more traditional, long-range intelligence agency, the FSB lurked on the DNC systems for over a year.
The GRU, Russia’s military intelligence service, is thought to be behind the second group that infiltrated the DNC, known as APT28. APT28 is also believed to have breached Podesta’s emails.
[…]
APT28 is thought to be the group responsible for “doxxing” the DNC and Podesta by allegedly providing the stolen missives to WikiLeaks to publish.
Wikileaks’ Julian Assange had said that their source is not Russian, though he could say with the same certainty regarding documents leaked by hacker Guccifer 2.0. Regardless, we’re talking about the DNC hack, not the election. The Obama administration said that the election results reflected the will of the people, while DHS noted that there was no spike in suspicious cyber activity that would have suggested an attack on election night.
So, the election was not hacked, or at least not in the way that some liberal are hoping for to discredit the legitimacy of President-elect Donald Trump’s win. Trump won. Period.
At the same time, I’m not against Congress looking into Russian cyber activity within the U.S. After all, hacking occurs all the time in the U.S. and it’s not solely from Russia. It’s just another every day aspect of the 21st century geopolitical world. That doesn’t mean we shouldn’t try and guard against it.
UPDATE: In the wake of the report’s release and the sanctions, President-elect Trump said he would meet with the intelligence community to get “updated on the facts.”
“It's time for our country to move on to bigger and better things,” he said in a statement. “Nevertheless, in the interest of our country and its great people, I will meet with leaders of the intelligence community next week in order to be updated on the facts of this situation.”
Trump’s statement follows the White House’s announcement of sanctions against Russia, which included the closure of two Russian compounds and the expulsion of 35 Russian intelligence operatives.
Trump’s transition team had signaled that the president-elect would support a congressional probe into Russia’s alleged cyberattacks if the intelligence community provided clear evidence that the Kremlin meddled in the presidential election.