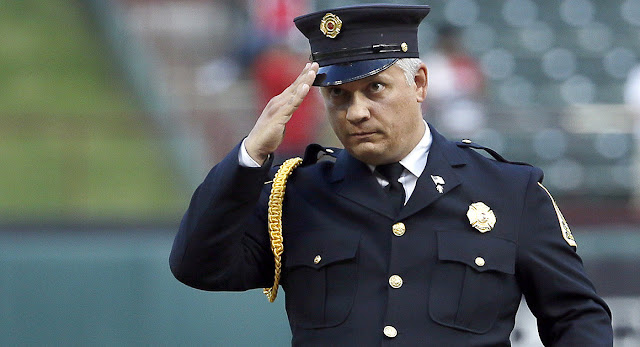 ﻿
Chris Suprun is the only Republican in a coalition of 10 electors who have launched a desperate, long-shot effort to convince GOP electors to reject Trump. | AP Photo

Members of the Electoral College votes have been inundated by harassing phone calls and hate mail. Many report receiving death threats.


In two days, members of the Electoral College will cast their historic votes for the next president of the United States. In the meantime, they are under siege.
The nation’s 538 presidential electors have been thrust into the political foreground like never before in American history. In the aftermath of a uniquely polarizing presidential contest, the once-anonymous electors are squarely in the spotlight, targeted by death threats, harassing phone calls and reams of hate mail. One Texas Republican elector said he’s been bombarded with more than 200,000 emails.
“I never can imagine harassing people like this. It’s just f----- up,” said Jim Rhoades, a Republican elector from Michigan who runs a home inspection service. “I’ve lost a bunch of business.” 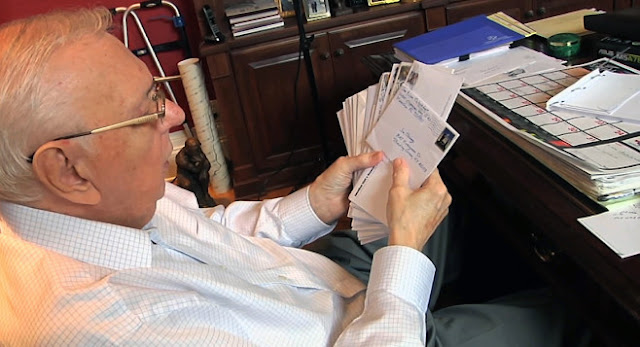 In this image from video, Electoral College voter Jim Skaggs looks through his mail from people writing him about being an elector in Bowling Green, Ky., on Dec. 13. Although pestered to a fare-thee-well to abandon Donald Trump, Republican electors appear to be in no mood for an insurrection in the presidential campaign’s last voting ritual. "I hope he is far better than I think he is,”" Skaggs said. "Even so, “I fully intend to vote for Donald Trump," he said. “"I think it’s a duty." | AP Photo
In recent decades, the Electoral College had become such a reliable rubber stamp of Election Day results that it was viewed as an afterthought.
But with many Democrats desperate to block the all-but-certain ascension of Donald Trump to the White House, this long-neglected body has been gripped by turmoil, and its members have been subjected to pleas to upend centuries of tradition by casting their votes for someone other than the president-elect.
There have been ad campaigns targeting electors and op-eds assailing their role. One Democratic member of Congress has called to delay the vote for president while an investigation of Russian involvement in the election is underway. Two others have pleaded with electors to consider Russia’s role when deciding how to vote. Progressive groups are preparing protests across the country at sites where electors will meet to cast their ballots. Personal contact information for many electors has been posted publicly — and it’s been used to bury them with massive email campaigns.
Last week saw the release of a video of celebrities like Martin Sheen pleading with Republican electors to vote for someone other than Trump. On Saturday, Unite for America — the group behind the video — began sending personalized versions to electors in which Sheen and more than a dozen others call them out by name.
The body’s 306 Republicans have faced the most acute pressure of all. Several, like Rhoades, told POLITICO they receive thousands of emails a day from anti-Trump advocates, much of it auto-generated from forms available online. Others say they’re receiving pressure from national Republicans and the Trump campaign to make sure they remain loyal.
“The Trump campaign is calling. The Republican Party of Texas is calling. They’re trying to lock down the votes,” said Texas GOP elector Alexander Kim, who estimated he has received at least 30 such calls. One RNC insider, he said, called him three times in one hour to get a response.
There’s a reason electors like Kim make Republicans nervous. While he insists he’s voting for Trump when the body meets on Monday and that nothing can shake him from that position, there is a caveat: “unless Trump does something to violate the compact that he created with American citizens.”
Just that eyelash of doubt, Kim suspects, has led to his barrage of calls from the party.
The tumultuous 2016 primary campaign is in part responsible for the manic lobbying efforts. Dozens of electors have some degree of hostility to Trump and Democratic nominee Hillary Clinton, both of whom won their party nominations after contentious primaries. Most of the Republican electors have since vowed to support Trump, but their presence has fueled the Democratic resistance and given it hope. 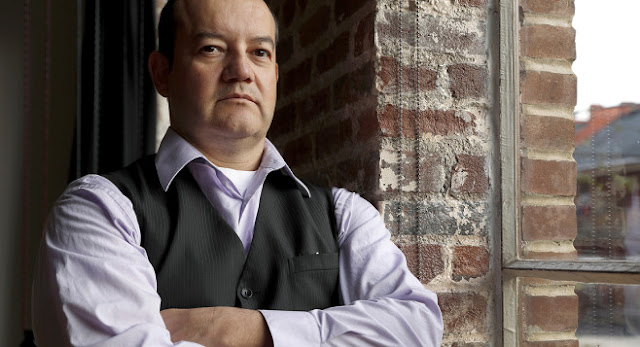 In this Dec. 12 photo, Hector Maldonado poses for a photo in St. Louis. Although pestered to a fare-thee-well to abandon Donald Trump, Republican electors appear to be in no mood for an insurrection in the presidential campaign’s last voting ritual. Maldonado backed Ted Cruz in the primaries but will cast his vote for Trump with conviction. “I took an oath once to become a U.S. citizen,” he said, “and on Aug. 14, 1995, that was the first oath that I've taken to support the U.S. Constitution. A year later I took the oath again, to support the duties of being an officer in the U.S. Army. This was the third oath that I've taken to execute what I promised to do." | AP Photo
Chris Suprun of Texas, the only GOP elector to publicly oppose Trump, has been especially battered by criticism — mainly from fellow Republicans, including party leaders who have questioned his integrity.
Suprun announced his intention to vote for someone other than Trump in a New York Times op-ed, recalling his service on Sept. 11, 2001, as a first responder to the attack on the Pentagon. On Friday, a Texas television station ran a story accusing Suprun of inventing his 9/11 role, the story that Suprun built his career around. The charge, based on a discrepancy with Suprun’s LinkedIn page, featured an anonymous former colleague accusing Suprun of “stolen valor.”
Suprun has vehemently denied the story.
Suprun is the only Republican in a coalition of 10 electors who have launched a desperate, long-shot effort to convince GOP electors to reject Trump. They need at least 36 more to join them in order to prevent Trump from earning enough support to be officially elected president. If they were to succeed, the election would be thrown to the GOP-controlled House of Representatives for a final vote.
Suprun is also the only Republican who joined 79 Democratic electors in calling for an intelligence briefing on Russia’s role in the election ahead of Monday’s vote. The effort, spearheaded by California Democratic elector Christine Pelosi — daughter of House Minority Leader Nancy Pelosi — was rebuffed Friday by Director of National Intelligence James Clapper.
"Recently, the Office of the Director of National Intelligence has received requests from Members of Congress, several electors of the Electoral College and the general public for additional information on Russian interference in the 2016 presidential election," Clapper’s office said in a statement, noting that Obama has called for a full review of Russian interference amid reports that President Vladimir Putin directed a hacking campaign aimed at Democrats in order to aid Trump’s election. "Once the review is complete in the coming weeks, the intelligence community stands ready to brief Congress and will make those findings available to the public consistent with protecting intelligence sources and methods.”
http://www.politico.com/story/2016/12/electors-under-siege-232774
Posted by Frances Rice at 11:56 PM