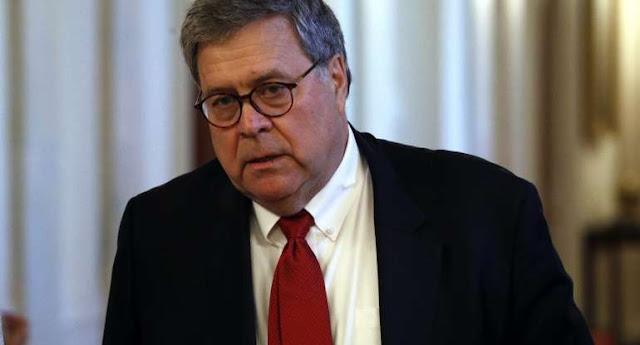 Attorney General William Barr arrives for a ceremony in the East Room of the White House, Monday, Sept. 16, 2019, in Washington. (AP Photo/Patrick Semansky)

The Department of Justice Inspector General’s (IG) report into the FBI lying to the FISA Court to get warrants to spy on the Trump campaign is 433 pages. It took AG Bill Barr one paragraph to translate what all of it means in the real world. Oh, and don’t pick it up because you might burn yourself.

The Inspector General’s report now makes clear that the FBI launched an intrusive investigation of a U.S. presidential campaign on the thinnest of suspicions that, in my view, were insufficient to justify the steps taken.

It is also clear that, from its inception, the evidence produced by the investigation was consistently exculpatory.

Nevertheless, the investigation and surveillance was pushed forward for the duration of the campaign and deep into President Trump’s administration.

In the rush to obtain and maintain FISA surveillance of Trump campaign associates, FBI officials misled the FISA court, omitted critical exculpatory facts from their filings, and suppressed or ignored information negating the reliability of their principal source. …[T]he malfeasance and misfeasance detailed in the Inspector General’s report reflects a clear abuse of the FISA process.

Because the IG has no right to subpoena and can’t lock anyone up, he can only refer people for prosecution. Currently, most of the people who conducted the abuse have been fired and were out of the purview of the IG.

The IG report, however, found that officials lied and omitted helpful information to Trump campaign officials who were being spied on, but couldn’t determine if the malfeasance was politically motivated.

U.S. Attorney John Durham is looking into why the Trump spying case was hatched by people clearly pulling for Hillary Clinton to win the election. 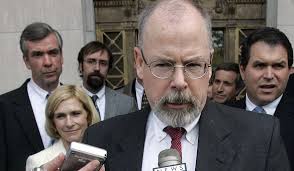 Based on the evidence collected to date, and while our investigation is ongoing, last month we advised the Inspector General that we do not agree with some of the report’s conclusions as to predication and how the FBI case was opened.

The Durham investigation may be the final word on the Obama administration spying scandal into the campaign of a political rival.

The Durham investigation and IG report releases are the chief reasons why the Democrats have rushed the impeachment hearings to get ahead of the damning news of Democrat political chicanery and potential lawbreaking in the 2016 election.