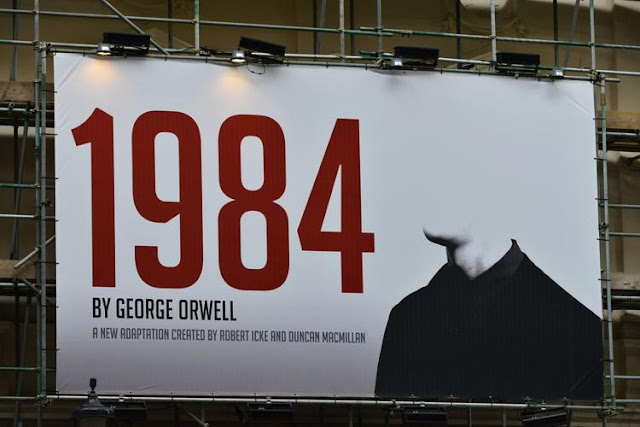 “What is needed is the right to print what one believes to be true, without having to fear bullying or blackmail from any side.”

The most definitively germane novel of the 20th century is so trendy it is deluded as contemporary. It birthed the words in our language "Big Brother" and "doublethink." It turned 70 years young this year. Translated into 65 languages, "Nineteen Eighty-Four" has sold so many copies worldwide, it has guaranteed George Orwell a dubious and unique place in the archives of world literature. If there is any doubt about the tenacious power of classic literature and its influence on modernized culture, we need to “doublethink”: Since the election of Barack Obama and his progressive far left, and the rise of U.S. Socialism, 1984 heads the Amazon “Movers & Shakers” list.

It is uncanny how much of the monolithic State of Oceania resonates within today’s America. From the malevolent Big Brother monitoring everything we do, the history-erasing Ministry of Truth, to the omnipresent telescreens of the thought police, we’ve accepted these daemons in disguise. What was a cautionary tale and eerie prophecy of systematic violation of power has become rooted in our nation. However, unlike the classic lexicon where the pernicious Big Brother had a cryptic hold on his total society and its institutions, a committee of traditional media and federalist progressives controls the content of our thoughts, speech, curriculum and catechisms all in the name of political correctness.

While Orwell’s fears were precipitate at the time, his ghoulish clairvoyance was not. Since Orwell’s allegorical federation was reliant on the power of total control, his analogy that Big Brother had to restrict, regulate, ration and superintend all forms of communications is the centerpiece of his work. To do this, he created a bureaucracy of innocently named apocalyptic agencies and enforcers that would execute and police the written and spoken language of every single subject. This encompassed all information exchanged in his society from the past, the present and future. He knew that he “who controls the past controls the future. Who controls the present controls the past.” 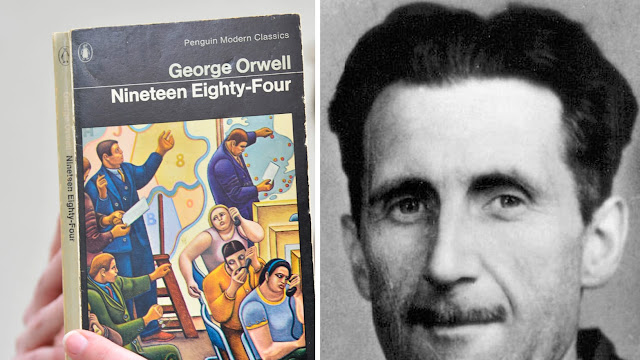 Orwell’s purpose was to define the aberrant characteristics of modern tyranny. Orwell’s Ministry of Truth was a protagonist that was charged with constantly censoring information and rewriting the key events of history to suit present circumstances and shifting alliances. He and his fellow workers formed a mass collective of an all-seeing and all-knowing presence to shape and fashion every bit of information that was exchanged in Oceania. Today, progressives feed information to their allies in the media. Media repeats everything they are told. The press is now America’s Ministry of Truth.

Big Brother used telescreens, much like today’s TV and computer monitors, to spy on everyone in the state. Today, social media is the telescreen that spies on our gestures, purchases, consumer’s choices and online comments that make the user the commodity. Their preferences are marketed to politicians and the governments to enable them to gain favor using identity politics. Orwell knew oppressive regimes needed enemies and revealed how propaganda enables them to accomplish it. Today, progressives utilize identity politics to divide and conquer the masses and maximize power.

“Power is in tearing human minds to pieces and putting them together again.”
– George Orwell

To overcome resistance, Orwell showed the effectiveness of mob violence. By placing agitators in dissident crowds, he depicted the power of hate. In order to bring order to opposing disputants, his infiltrators encouraged mob violence. When a crowd felt the electric current of hate, they rioted and were remanded to submission. Once they fell into rank and file with others in their collusion, it was easy for Big Brother to force unwelcomed divergence on them. Socialists and leftist organizations continually utilize this tactic to garner media and public acceptance for self-serving political causes.

Orwell’s writing is rooted within the struggles between each “ism” that disfigured the 20th Century. He fought against Fascism in the Spanish Civil War and believed pacifism was a luxury paid for by cowards. And he experienced the horrors of Communism as well as the threat of Socialism to its true believers. Today, there is another set of “isms,” nationalism which promotes national solidarity and encourages pride in national achievements and unites it in patriotism. This was Orwell’s ideal type of “ism.”

“One defeats the fanatic precisely by not being a fanatic oneself.”
– George Orwell

Orwell viewed Socialism as the monster of all the “isms” since it was the most deceptive. Since it operates by mobilizing under-classes and appealing to their feelings of resentment for capitalism, Socialism is the most dangerous “ism” of all. As Orwell predicted, America’s leftist socialists make sympathetic promises of rewards to hoards of self-persecuting under-classes at the expense of achievers. This garners support for their power base in American government. It enables them to become Big Brother to willing subjects, in return for relinquishing freedom and liberty to the party.

The greatest horror in Orwell’s dystopia was controlling the language. By eradicating words and the ideas they embody, Big Brother made comprehending true realism impossible. He replaced words with phantoms and lies. Anyone caught using “oldspeach instead of newspeach” was put to death. In Oceania, every clock struck 13, and 2 plus 2 equaled 5. Nobody dared to question it. If you were caught writing oldspeach in a letter or in a diary, The Word Police would prosecute you for treason.

Although 1984 is a fictional account of how a tyrant eradicates the truth so the people lose their ability to recognize the real world, Orwell had seen this throughout Europe. His object was to alert people of the importance of free speech. This classic was part of every school’s curriculum until the advent of Common Core. It is no longer required reading in many American schools. By limiting what books that the left fears are a threat to socialism, it permits them to control language that influences future ideas. This is how the liberal media rewrites history and enhances the ideology of leftist Socialism.

Orwell told us, “We know that no one ever seizes power with the intention of relinquishing it.” Big Brother is no longer a mysterious distopian mythical character in a 70-year-old classic; but he is alive and well waiting in the wings of the democratic socialist party. Schools and the media have been instructed to preach the doctrine of political correctness by progressive allies in government and this has dealt a deadly blow to America’s ability to defend and protect liberty from Socialism.

“Don’t you see that the whole aim of Newspeak is to narrow the range of thought?”
– George Orwell

When Orwell wrote 1984, he was responding to the horrific events of a World War. He penned his classic during the rise of Socialism and Communism in countries that just defended their freedom. Orwell never imagined the cyber age and politicians using technology to advance Socialism. But he did imagine governments censoring free speech in the name of political correctness to gain power.

“Threats to freedom of speech, writing and action, though often trivial in isolation, are cumulative in their effect, and unless checked, lead to a disrespect for the rights of citizens.”
– George Orwell