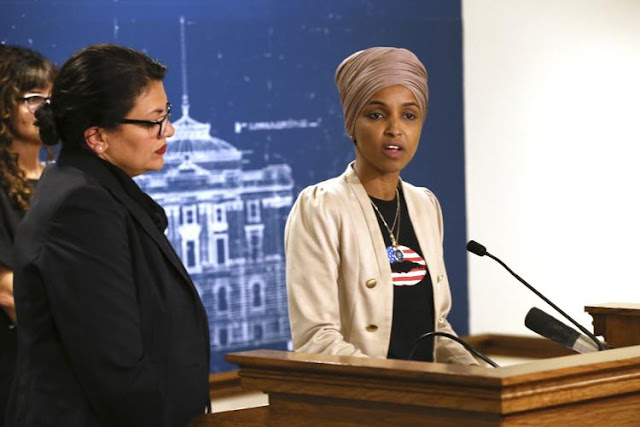 “Our lives begin to end the day we become silent about things that matter.”
– Dr. Martin Luther King

Today, the term social justice is freely bandied about by far left Democrats to court identity groups. They preach this ostentatiously pious gospel to our youth and the under classes; “if you don’t like a law you can break it in the name of social justice. If you don’t want to work, pay for your education, buy health insurance or food, support your family, enter America legally, or do anything responsible people do in a democratic society, it is OK. The government will provide it for you.” These heretics are clueless about what true "social justice" means. And much worse, they are insulting those of us that do.

For generations, concerned citizens became organizers and activists to improve American society for everyone. They joined with writers, thinkers, artists, musicians, judges and politicians who saw flaws in our laws and social mores and led reform movements to instigate changes in our legal and social system. They brought meaningful improvements to the lives of every American.

The radical ideas of one generation became common sense of the next because they were not orchestrated in the name of identity politics for political gain. They postulated naturally to address social evolution.

America was founded to obtain social justice. We’d not be a nation today if political activist, author and enlightenment thinker Thomas Paine had not engaged the colonies to revolt with his inspiring pamphlets, "The American Crisis" and "Common Sense." He read passages to the patriots during the Revolution to encourage disenchanted soldiers to keep fighting. John Locke was a physician and a thinker who cultivated our political philosophy. Jefferson used Locke’s Treatises on Government when he fashioned our own Declaration of Independence: “life liberty and the pursuit of happiness.”

On Election Day in 1920, millions of U.S. women voted for the first time, thanks to the endeavors of Susan B. Anthony. She believed all men and women had the right to vote. After the Civil War, she refused to support any Constitution suffrage amendments that did not grant full voting rights to all Americans. The Civil War might not have taken place if Frederick Douglass had a national forum to educate our nation about every man’s natural right to unbiased social and legal justice. A brilliant orator, writer and constitutional academic, he blazed the legal and moral path for abolition.

Harper Lee's 1960 novel "To Kill a Mockingbird" about an innocent black man convicted unjustly shed light on injustice in the cloistered and subjugated parts of America. Historians claim her epic classic fanned the flames for Americans to engage in national social reform campaigns. It opened doors for Civil Rights leaders Rosa Parks, Dr. Marin Luther King, Leslie Dunbar, the 13 Freedom Riders, and countless others who helped pass of the Civil and Voting Rights Acts. Lee brought awareness to America that led to the ADA, the EOA and countless other modern legal and social reformations.

A hundred years ago, any soapbox orator who called for women’s suffrage, an end to segregation, equal opportunity in the workplace, outlawing discrimination against the aged and disabled, more government transparency, sunshine laws, voting rights protections, a citizens’ ballot initiative and other social and judicial reforms was considered a threat to republicanism. Now these are part of our legal system and vital protections for us because of the arduous efforts of our past dedicated social justice seekers.

“The harder the conflict, the more glorious the triumph.”
– Thomas Paine

Unlike past heroes who stepped forward in the name of social justice, new age socialists working to force their brand of social justice on us are hypocrites! They disgrace the words "social justice" and dishonor the real American heroes and reformers who confronted unjust sociopolitical issues that needed correcting for all Americans in our nation. As nations age, so does the need to address new challenges that develop with its growing pains.

Contrarily, today’s socialists rely on identity politics to survive. They must continually invent non-problems to solve under the banner of “social justice.”

Plato wrote, “The humble are confident and productive; braggarts insecure and lacking.” Our past activists and reformers did not have a label. Society recognized them for the work they did. Today’s self-anointed leftist justice seekers claim every traditional American institution has failed and they have concocted an apocryphal way to remake America into a neo-socialist Promised Land. This will be a place where nobody has to plant anything to reap the harvest of this land’s many benefits.

“Yes, a lot of people when they hear the word 'socialist,' get very, very nervous.”
– Bernie Sanders

The greatest tragedy of the left’s social justice group is, none have any knowledge of constitutional law, politics, economic theory, capitalism or American history. They have concocted hybrid Marxist-Leninist revisionist theories to justify their bogus dogmas. They’re convinced they’ve been elected to deliver us from the countless evils of America's republican institutions, constitutional order of law, and concepts of our founding. They condemn America as an imperfect union that is not the envy of any country in the world. To the new left, capitalism is oppressive and socialism is complete freedom.

This motley crew of would-be lawmakers focuses on engineering oppressive reversals of fortune to define social justice. In an ABC TV interview, U.S. Rep. Rashida Tlaib, D-Michigan, who had vowed to take her oath on Thomas Jefferson’s translation of the Qur’an, used her own instead. She retorted, “Why uplift Thomas Jefferson in our era of social justice.” She claimed, “My main goal is to stigmatize all talks to legitimize the state of Israel.”

Rep Alexandria Ocasio-Cortez, D-New York, claims eliminating the use of fossil fuels will establish “economic, social and racial justice.” She insists her plan will create jobs and equalize our wealth. But economists say her proposal would cause massive unemployment.

Since President Donald Trump took office, the number of Americans living below the poverty line declined to 50 percent fewer than a decade ago. The greatest economic improvement came in black and Hispanic communities.

That is how we got a house full of Leninist ”wanna-bes” whose heroes are Marx, Lenin and Fidel Castro. Social change does not start in Congress; it starts in the homes, streets and schools of America. If people desire help with a social or a political enigma, they’ll contact Congress if they can’t resolve it.

Today's "social justice" seekers are not a solution; they’re a problem and a threat to our freedom. Their socialist motives are dividing and conquering in the name of justice. We were asleep at the wheel last election and look what we got. It’s our republic; if we choose to keep it.

“Nothing is more wonderful than the art of being free, but nothing is harder to learn how to use than freedom.”
– Alexis de Tocqueville