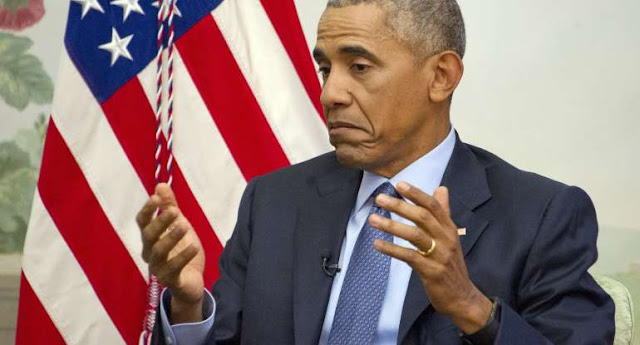 Listening to Democrats make their “case” for impeaching Trump is like watching a child make excuses for why they should be able to stay up late or not have to eat their vegetables. It’s an endless evolving list of explanations and excuses. We’ve seen them allege a quid pro quo, bribery, extortion… basically whatever polled well on a given week. One fairly new angle they’ve been pushing is that the mere pushback against subpoenas is tantamount to obstruction of justice—an impeachable offense.

Professor Jonathan Turley destroyed this argument during his testimony this week before the House Judiciary Committee. “He’s allowed to do that; we have three branches, not two. If you impeach a president, if you make a high crime and misdemeanor out of going to the courts, it is an abuse of power. It’s your abuse of power,” Turley said, referring Congress. “You are doing precisely what you’re criticizing the president for doing.”

Turley also noted, "President Obama withheld evidence from Congress in Fast and Furious, an investigation — or rather moronic program — that led to the death of a federal agent. President Obama gave a sweeping argument that he was not only not going to give evidence to this body but that a court had absolutely no role in determining whether he could withhold the evidence."

Fast and Furious is certainly the most well-known example, but there are many other examples of Obama doing what Democrats now claim to be an impeachable offense.

If Democrats like Nancy Pelosi were being honest that this isn’t about politics but the rule of law and holding presidents accountable and such, they should have impeached Obama… and it’s not like they didn’t have multiple opportunities either. Here are just five instances (of many more) where Obama obstructed justice and Democrats didn’t care enough about abuse of power to impeach him. So really, they should stop pretending they give a hoot about the rule of law or our democracy or the Constitution.

If not allowing administration officials to testify or fighting subpoenas in the courts is obstruction of justice and therefore an impeachable offense, then Barack Obama should have been impeached very early in his presidency for just that. When the Obama Justice Department decided to dismiss voter intimidation charges against the New Black Panther Party after the government had effectively already won the case, it raised many questions about the motivations behind that decision. The Obama administration vigorously fought subpoenas and instructed officials not to testify.

Nancy Pelosi was still Speaker of the House and didn’t accuse Obama of abuse of power for letting an allied group off the hook for voter intimidation for racial reasons.

When the Obama administration got into hot water over green energy loans for companies that donated to Obama’s campaign after several of those companies, like Solyndra, ultimately went bankrupt, House Republicans launched an investigation and issued subpoenas. Did the Obama administration “respect” the authority of Congress to issue subpoenas and comply automatically? Nope.

The Obama White House would have none of it, and claimed that complying with the subpoenas would put an "unreasonable burden on the president's ability to meet his constitutional duties." House Republicans accused the Obama White House of hiding information, and they responded with accusations of a partisan investigation.

3. Not allowing Ben Rhodes to testify on the Iran nuclear deal

Remember how treaties are supposed to be ratified by the U.S. Senate, but the Iran nuclear deal was so bad that Obama didn’t bother informing Congress about the details, let alone ask them to do their constitutional duty of ratification? Well, when Congress wanted answers, the White House refused to let the architect of the deal, Ben Rhodes, testify.

Rhodes was the failed novelist who became the architect of the Iran deal. They cited “separation of powers” and all that. White House counsel Neil Eggleston said at the time, “The appearance of a senior presidential adviser before Congress threatens the independence and autonomy of the president, as well as his ability to receive candid advice and counsel in the discharge of his constitutional duties.”

The Obama administration was so secretive about their corrupt dealings with Iran, that when they made a shady $400 million payment to Iran in foreign currency under the cover of night in exchange for hostages, they didn’t tell Congress about the money, or the hostage exchange.

After the story broke, the Obama administration denied there was any link between the shady money drop and the release of the hostage. However, when Congress wanted answers, they weren’t exactly forthcoming with information. The State Department ignored requests for documents and Attorney General Loretta Lynch refused to answer questions from Congress.

If we’re going to be honest about Obama and how he handled his administration, then it needs to be pointed out that it wasn’t just a few select investigations that were obstructed, it was dozens.

Obstruction of justice was in their nature because it was happening all the time, so much in fact that halfway through his second term, 47 of the nation’s 73 inspectors general wrote a letter to Congress accusing the Obama administration of systemic obstruction of justice. This was unprecedented—nothing even close to this had ever happened before in our nation’s history.

Was there a special counsel appointed to investigate? Nope? Was Nancy Pelosi calling for impeachment? Nope. Was there any accountability at all? Nope.

Forget Trump, Here Are Five Reasons Why Obama Should Have Been Impeached
_____