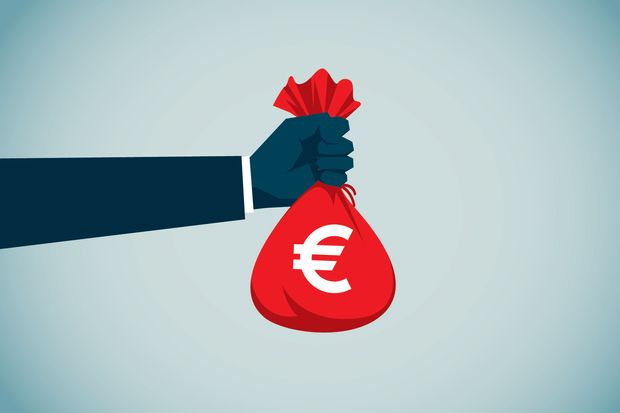 Most European nations have larger welfare and entitlement states than the U.S., though they spend less on defense. According to the Organization for Economic Cooperation and Development, government spending as a share of GDP ranges from about 56% in France to 44% in Germany and 41% in Britain.

The U.S. share of about 40% is financed largely by income taxes on the affluent and the payroll tax that funds Social Security and Medicare, plus state and local taxes and borrowing. Europe has learned the hard way that the rich aren’t rich enough to pay for their entitlements, so the Continent duns the middle class.

Start with the income tax. Most European governments tax most household income more heavily than Washington does because they impose their highest marginal rates on lower levels of income. Germany’s second-highest marginal income-tax rate of 42% kicks in for married households earning around €112,000 ($124,000). An American couple with that income pays a marginal rate of only 22% and would need to earn $612,350 before paying the top marginal rate of 37%.

The income tax isn’t enough to finance Europe’s vast welfare states, so governments also impose payroll taxes they describe as “social insurance contributions.” For a single American earning the average wage, the employer and employee payroll taxes for Social Security and Medicare average 16% of gross labor costs, according to the OECD.

In Britain the share for similar social-benefit payroll taxes is a little over 20%, and in Sweden and Germany about 40%. Such middle-class payroll taxes account for 35% of government revenue in Spain, 30% in Italy, and 37% in France and Germany, and without them Europe’s welfare systems would be bankrupt.

Elizabeth Warren has figured this out. Her Medicare for All plan includes an expanded payroll tax for employers that she says isn’t a tax on the middle class, but Europeans know better. Employer payroll taxes for social insurance account for as much as 25% of revenue in France or 20% in Belgium. This is a hidden tax on the middle class because it reduces the cash employers can offer in salaries.

Europe also imposes a value-added tax (VAT) with a flat rate averaging 21% on almost all consumption. These taxes account for up to a quarter of total government revenue in many countries. They’re regressive since lower-income households devote a larger share of income to consumption taxed by a VAT.

There are other middle-class revenue grabs. Excise taxation, including on fuel, accounts for 3% of total revenue in the U.S., but above 7% in Britain and 6.4% in Italy. As last year’s yellow-vest protests showed in France (where fuel and other excise taxes account for nearly 6% of annual revenue), this burden is more onerous for middle-class suburbanites and tradesmen than on the Ferrari-driving 0.1%.

Britain also soaks its middle class with a stamp tax on property purchases, amounting to about 1% of the price for the median home nationwide, and up to 3% for the median home in London. This discourages property transactions, making it harder for older middle-class households to cash out of their home equity while raising a barrier for the younger middle class to climb onto the property ladder.

Calculating how all this affects different income groups combines analysis of tax rates with consumption patterns and the like. Where economists have crunched the numbers, the result is grim for the middle class.

Researchers at the DIW think tank in Berlin looked at Germany’s tax system in 2017 and found that median earners pay roughly the same proportion of income in taxes as the highest earners do—43%. Germans in the 60th and 70th percentiles of income pay a higher proportion of earnings in taxes than anyone else, approaching 52%. The wealthiest paid more tax on income and investment, but consumption and payroll taxes walloped the middle class. This is how Berlin balances its budget.

American voters, beware. Politicians promising that Medicare for All and a Green New Deal can be financed by the rich are lying to you. The middle class will pay because that’s where the real money is.