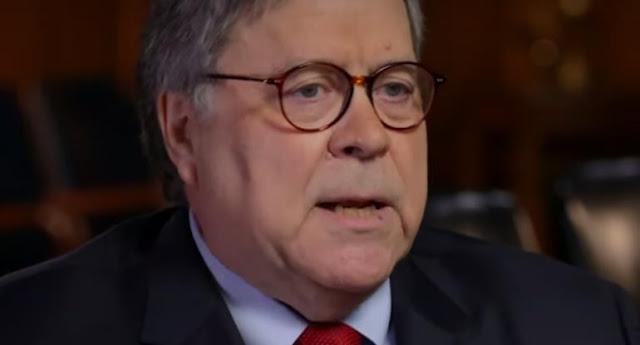 Attorney General Bill Barr gave NBC News an exclusive interview on Tuesday after the release of the Inspector General’s (IG) report on misconduct and lying by the FBI in its spying case against Donald Trump.

In his calm and fastidious fashion, Barr answered NBC News reporter Pete Williams’s questions about the IG Report with all the ease of a pat of butter in a warm frying pan.

Here are the big takeaways from Barr’s exclusive to NBC News:

Barr sometimes showed signs of exasperation and incredulity, especially about the conduct of FBI officers involved in spying on the Trump campaign. Take a breath because you might get lightheaded from all this straight talk from the nation’s top cop:

"I think the big picture is this. From day one… of this investigation on July 31st, 2016, and all the way to its end in September 2017, there was not one bit of incriminatory evidence to come in. It was all exculpatory … So what happens?

"The FBI ignores it and presses ahead. Withholds… critical exculpatory information from the [FISA] Court while it gets an electronic surveillance warrant. It withholds from the Court clear-cut evidence that the dossier that they ultimately relied on to get the FISA warrant, was a complete sham.

"They hid information about the lack of reliability even the first time they went for a warrant but in January after the election, the entire case collapsed after the principal source says 'I never told Steele this stuff.'

"... At that point, when their entire case collapsed, what do they do? They kept on investigating the president well into his administration… But here to me is the damning thing. They not only didn’t tell the court that what they were relying on was completely rubbish, they actually started putting in things to bolster the Steele report by saying, "Well, we talked to the sources and they appear to be truthful. But don’t inform the court that what they’re truthful about is that the dossier is false."

And now comes the investigation by U.S. Attorney John Durham and Barr says the Connecticut lawman has a completely different job than did the Inspector General.

Williams asked if he still agreed that the Trump campaign had been spied on:

“Oh, it was clearly spied upon. I mean, that’s what electronic surveillance is. I think wiring people up to go in and talk to people and make recordings of their conversations is spying. I think going through people's emails, which they did as a result of the FISA warrant is spying."

Plus he shared a nugget about former FBI Director Comey’s refusal to sign back up “for his security clearance [so he] couldn’t be questioned about classified matters."

Barr said that the “irregularities, these misstatements, these omissions” by the FBI in its investigation “leaves open the possibility to infer bad faith.”
Watch the interview for yourself here: