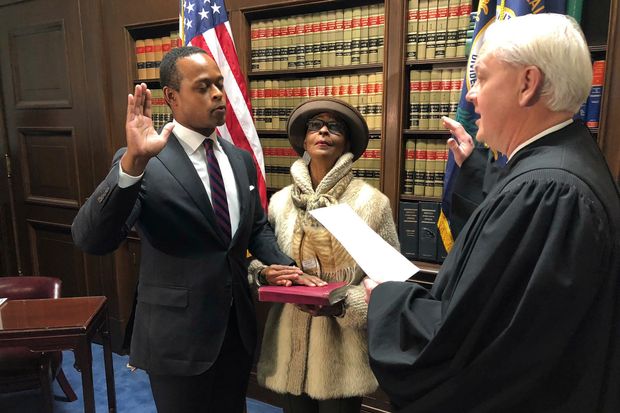 Daniel Cameron made history. In November he defeated Democrat Greg Stumbo to become Kentucky’s attorney general-elect—the first time in 70 years that Bluegrass State voters have tapped a Republican to serve as the commonwealth’s top prosecutor and the first time an African-American has won statewide office independently here.

But despite making history, Mr. Cameron’s victory earned barely a mention in the national political press. Coverage instead focused on Democrat Andy Beshear’s win over Republican Gov. Matt Bevin and the possible implications of that narrow victory for the 2020 presidential contest. Pundits speculated wildly that Donald Trump could lose the deeply conservative state next year. Some even fantasized that Senate Majority Leader Mitch McConnell could go down as well.

Most analysts missed three important points. First, Mr. Bevin lost because of his off-putting personal style, not because he was a Republican. Second, Mr. Cameron, 34, won because he’s charismatic and holds conservative core values that are attractive to Kentucky voters. And finally, the Republican Attorneys General Association spent heavily to get Mr. Cameron, a political newcomer, across the finish line. He needed the help. His opponent, Mr. Stumbo, is a former speaker of the Kentucky House who also served as attorney general from 2004-08.

It was a hard-fought campaign. Mr. Cameron endured racist attacks, including from the Lexington Herald Leader, which ran an editorial cartoon depicting a smiling Mr. Cameron carrying the coattails of a white Ku Klux Klan robe worn by President Trump.

“As a black Republican you sort of find yourself in unique territory. There’s not a lot of black Republicans that are willing to openly identify,” Mr. Cameron told me. “I will say that the Herald Leader cartoon was certainly interesting. It demonstrated, in my judgment, some intolerance to the idea of folks that look like me who happen to be Republican.”

The editorial cartoon, he said, exposed an ugly strain of Democratic politics in the state. Its a “dynamic” he’s familiar with. “People have said all sorts of things just because I’ve identified as a Republican,” he said flatly.

Mr. Cameron is pro-life and a strong supporter of the Second Amendment. He also stresses the importance of the president’s push for a wall at the southern border: “One of the things that we have to be candid and honest about is: How do we confront the challenge of meth coming from the porous nature of our border that encourages these drug cartels to bring the poison into our country?”

Drug addiction has reached epidemic levels in Kentucky, which has the fourth-highest rate of overdose deaths in the country, according to the Centers for Disease Control and Prevention. Last year authorities made more than 32,000 fentanyl-related arrests, 25,000 methamphetamine-related arrests and 21,000 arrests related to opiates like heroin, according to the Kentucky State Police.

Mr. Cameron has pledged to be a “good partner” with federal law-enforcement agencies working to stanch the flow of illegal drugs into Kentucky. “Part of that,” he added, involves “confronting the immigration challenges and issues that we have.” He said he recognizes that the feds have “primary jurisdiction over those issues” but that he envisions a role for his office in “assisting in a way that helps them or ICE officials do their job responsibly.”

As for the inevitable “token black Republican” jabs he will face on the campaign trail as a likely surrogate in 2020, Mr. Cameron said his conservatism runs deep. “My parents voted conservative for as long as I could remember, so it was an easy decision when I registered at 18 to register as a Republican,” he said. “In fact, I’ve often told people I was under the impression that everybody voted Republican.”

Mr. Cameron is now the leader of the GOP in Kentucky, and his future seems bright. He is one of the most charismatic and down-to-earth politicians in the game, and is certain to be offered a prime-time speaking slot at the August 2020 Republican National Convention in Charlotte, N.C. But he isn’t interested in speculating on what the next election cycle holds.

“My ultimate responsibility is to the folks that elected me here in the commonwealth, so I am acutely aware of that obligation and commitment,” he said. “I can’t see into the crystal ball of what will happen in this coming year, but I do want to just be as helpful as I can be to the people here in Kentucky. We’ll see what other opportunities arise.”

Ms. Zito is a columnist, CNN contributor and co-author of “The Great Revolt: Inside the Populist Coalition Reshaping American Politics.”

https://www.wsj.com/articles/daniel-cameron-overcame-racism-to-make-history-in-kentucky-11576880248?mod=opinion_lead_pos6
Posted by Frances Rice at 11:25 AM