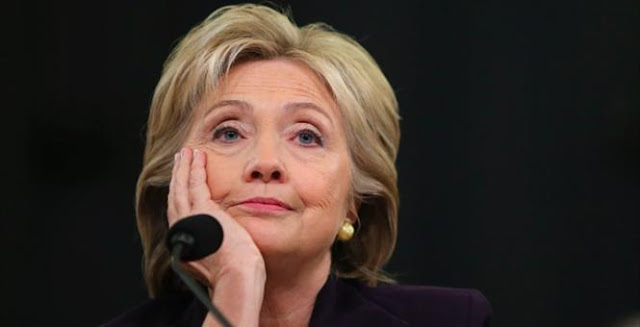 CLINTON, INC: A dozen companies that lobbied Hillary Clinton’s State Department not only showered millions on the Clinton Foundation, they employed lobbyists who were fundraisers for Clinton’s campaigns.
USA Today reports:
The nexus among private companies, Hillary Clinton’s State Department and the Clinton family foundations is closer and more complex than even Donald Trump has claimed so far.
While it is widely known that some companies and foreign governments gave money to the foundations, perhaps in an effort to gain favor, one of the key parts of the puzzle hasn’t been reported: At least a dozen of those same companies lobbied the State Department, using lobbyists who doubled as major Clinton campaign fundraisers.
Those companies gave as much as $16 million to the Clinton charities.
At least four of the lobbyists they hired are “Hillblazers,” the Clinton campaign’s name for supporters who have raised $100,000 or more for her current White House race.
Two of the four also raised funds for Clinton’s unsuccessful 2008 presidential bid.
If elected, Clinton would be the first U.S. president to have had previous involvement with a foundation that raised millions of dollars tied to foreign interests and other donors, said Douglas Brinkley, a history professor at Rice University.


ICYMI: FBI documents allege that a top State Department official with close ties to Hillary Clinton offered agents a “quid pro quo” in order to hide the true extent of her exposure of classified information.
Politico reports:
A top State Department official allegedly “pressured” the FBI to downgrade the classification of one of Hillary Clinton’s emails as part of a “quid pro quo,” according to documents released by the bureau on Monday.
The accusation of such an arrangement came from an interview the FBI conducted with an official in its records management division.
Notes from the interview were released as part of the FBI’s public posting of documents related to its now-closed investigation into Clinton’s use of a private email server.
In the interview, the unnamed official says that Patrick Kennedy, undersecretary of state for management, tried in late June or early July of last year to get the FBI to change a classified email to unclassified, in exchange for the State Department allowing the FBI to place agents in more countries.

The Hill reports:
Republican National Committee (RNC) Chairman Reince Priebus on Monday accused the Obama administration of deliberately keeping Hillary Clinton from being held accountable for her handling of classified information while secretary of State.
“It is deeply troubling that a top State Department official close to Hillary Clinton offered the FBI a ‘quid pro quo’ to hide the full extent to which she mishandled classified information,” Priebus said in a statement.
Reports emerged earlier Monday that a State Department official pressured the FBI to change the top secret classification of an email from Clinton's private server because it “caused problems.”


FBI agents are growing frustrated with Director Comey’s leadership following the bureau’s decision not to recommend criminal charges against Hillary Clinton or any of her top aides.
The Daily Caller reports:
FBI agents say the bureau is alarmed over Director James Comey’s decision to not suggest that the Justice Department prosecute Hillary Clinton over her mishandling of classified information.
According to an interview transcript given to The Daily Caller, provided by an intermediary who spoke to two federal agents with the bureau last Friday, agents are frustrated by Comey’s leadership.
“This is a textbook case where a grand jury should have been convened, but was not. That is appalling,” an FBI special agent who has worked public corruption and criminal cases said of the decision. “We talk about it in the office and don’t know how Comey can keep going.”