Hillary F. Clinton Curses Those Who Keep Her Safe 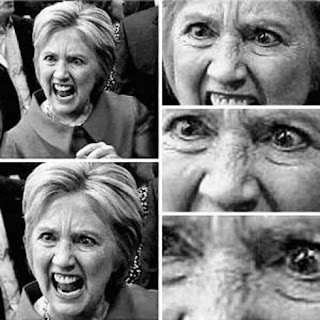 Hillary routinely bullied her bodyguards — and with the worst language possible.
By Deroy Murdock

Hillary Clinton's "treatment of DS [Department of State] agents on her protective detail was so contemptuous that many of them sought reassignment or employment elsewhere," according to a just-released summary of an FBI interview with a former State Department official. "Prior to CLINTON's tenure, being an agent on the Secretary of State's protective detail was seen as an honor and privilege reserved for senior agents. However, by the end of CLINTON's tenure, it was staffed largely with new agents because it was difficult to find senior agents willing to work for her."

Clinton's State Department agents are hardly the first to complain about her bullying.

"She derives pleasure from lording over other people who cannot do anything about it and who are less powerful than she is," author Ronald Kessler told Newsmax TV's J. D. Hayworth.

In fact, Clinton's well-documented history of profane, unhinged outbursts against those who work for her spans decades.

While Clinton's vulgarity is presented here in relatively family-friendly form, fill in the blanks and imagine the pain that this woman inflicted when she uttered these words.

"It's because she actually talked to me once. Almost a sentence," wrote the Air Force K-9 handler. "I got to do a few details involving Distinguished Visitors."

"One of my last details was for Hillary when she was Secretary of State," Bonner continued. "I helped with sweeps of her DV quarters and staff vehicles. Her words to me?"

According to Bonner, Clinton told him, "Get that f***ing dog away from me."

"Then she turns to her security detail and berates them up and down about why that animal was in her quarters," Bonner added. "For the next 20 minutes, while I sit there waiting to be released, she lays into her detail, slamming the door in their faces when she's done. The Detail lead walks over, apologizes, and releases me. I apologize to him for getting him in trouble. His words, 'Happens every day, Brother.'"

"Hillary doesn't care about anyone but Hillary."

"Stay the f*** back, stay the f*** away from me!" the then-–First Lady screamed at her Secret Service agents. "Don't come within ten yards of me, or else! Just f***ing do as I say, okay!!?" Clinton demanded, according to former FBI agent Gary Aldrich's Unlimited Access, page 139.

"If you want to remain on this detail, get your f***ing ass over here and grab those bags!" Hillary yelled at a Secret Service agent, as Joyce Milton reported in The First Partner, page 259. The officer explained in vain that he preferred to keep his hands free, in case a threat arose.

"F*** off!" she replied, as Ronald Kessler documented in First Family Detail, page 16.

"Put this back on the ground!" Hillary Clinton screamed at the pilot of presidential helicopter Marine One. "I left my sunglasses in the limo. I need my sunglasses! We need to go back!" Clinton so abused the chopper's crew that they christened it Broomstick One.

Also in Dereliction of Duty, its author — Air Force Lieutenant Colonel Robert "Buzz" Patterson (Ret.), who carried the "nuclear football" — recalled hearing "volleys of expletives" erupting from Hillary's mouth. He also lamented "the Nazi-like edge that emerged when she was around."

"Good morning," an Arkansas state trooper said to Clinton, according to American Evita, by Christopher Andersen, a former contributing editor with Time magazine.

"F*** off!" Hillary told him and his fellow bodyguards. "It's enough I have to see you s***-kickers every day! I'm not going to talk to you, too! Just do your goddam job and keep your mouth shut."

If this is how Hillary Clinton handles those who have stood ready to take bullets for her, how would she treat 325 million everyday Americans?

— Deroy Murdock is a Manhattan-based Fox News contributor and a contributing editor with National Review Online.