Hillary Clinton has some gall calling Donald Trump and his supporters racists! 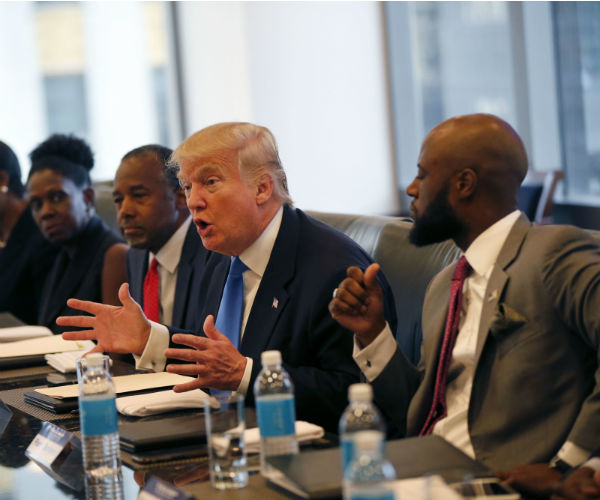 Hillary Clinton and her black and white supporters are the worst kind of racial hypocrites.

But, you can bet that their friends in the major media will do their best to hide their hypocrisy.


For example, during Monday’s debate, Clinton accused Trump of perpetrating a “racist birther lie” against Obama. Yet, I have not seen any media reports of how Clinton, her husband and her campaign dealt card after card against Obama from the deck of racism when she ran against him in 2008 including:
She and husband Bill were not alone in making racist comments about Obama. A few high profile so-called liberal Democrats were also in the anti-Obama racism club.
When Senate Minority Leader Harry Reid, D-Nev., recently called Trump a racist, I did not see the major media point out his own racist comments in 2008 when he said Obama was a “light-skinned” African American “with no Negro dialect, unless he wanted to have one.”
In all of the reporting of Democrats calling Trump racist, there were few reminders of Vice President Joe Biden’s comment on Obama saying: “I mean you’ve got the first sort of mainstream African-American who is articulate and bright and clean and nice-looking guy.”
And how could we forget or ignore, as the “drive by media” apparently has, former President Jimmy Carter’s reference to Obama as “this black boy?”
These racists comments by Clinton and her liberal colleagues have been forgotten and buried by her friends in the media and the black political elite as they sing “Trump is a racist” in unison and on cue.
I guess it all depends on which team the purveyor of racist rhetoric is playing on.
Calling Trump a racist is not the only hypocrisy Clinton is guilty of. While rioters were burning, looting, and attacking police and innocents in Charlotte, N.C., all she could say was that the problems in inner cities were due to systematic racism expressing no empathy with or sympathy for innocent law abiding black residents.
As to the shootings and slaughter of blacks in Chicago and other cities, neither Clinton, nor her buddies Obama and the attorney general, found the time to strongly condemn such mayhem. Although she goes out of her way to sympathize — not with the families of the slain in those cities — but with the Black Lives Movement treating the slayings of blacks by police as typical and ordinary.
The more she, Obama and black and white Democrats are silent over lawlessness and the epidemic of murders in many urban cities, the more they turn off law abiding black residents who feel she and Democrats care more about those pulling the triggers and killing their children than they do them.

Whether they know it or not, the more Hillary and her black and white supporters cry racism and express more empathy with rioters and looters than with law abiding black inner city residents, the more they will drive white Independents, borderline Democrats — and more blacks than they can imagine — into the Trump camp!
History just may repeat itself. In 1968, the riots and racial division helped to elect Richard Nixon. It could do the same for Trump in 2016.