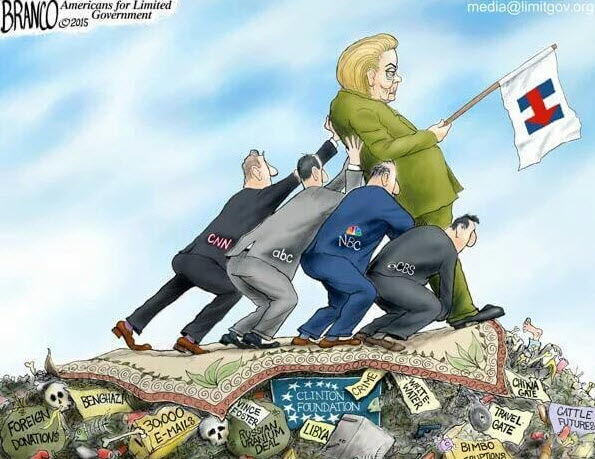 If this year’s presidential election has a silver lining, it is the final demise of “mainstream media.” Which is not to say that liberal media are going away; they aren’t, of course. But liberal media’s claim to being mainstream–reliable, objective, fair, unlike fringe or partisan news sources–is gone forever. That is a good thing.


No one could follow this year’s campaign without understanding that the media formerly known as mainstream (sorry, Prince) have jettisoned any pretense of neutrality, or even of journalistic integrity, in their desperation to preserve the status quo by electing Hillary Clinton president. Fair enough. We know where they stand.


One of the last vestiges of liberal media’s pretense to authority is its legion of “fact checkers.” “Fact checkers” like PolitiFact, the Washington Post’s Glenn Kessler and others purport to rule judiciously on claims made by candidates of both parties. In fact, as those who pay attention have long known, “fact checking,” in pretty much all cases, is just liberal activism under another name.


All of which is preface to this: Rasmussen Reports finds that voters are no longer fooled, if they ever were, by newspapers’ fact checkers:


It stands to reason that a slim majority of Democrats trust media fact-checkers. Why not trust those who are in the business of agreeing with you? What could be more objective than that?


A college friend of mine once said, “Objective is what I think. Subjective is what you think.” That sums up the fact-checker mentality very well, and after all these years, no one–not even the Democrats who purport to trust the fact-checkers–is fooled.
Breitbart.com is a sort-of-conservative news source, while the New York Times is a massively liberal news source. Neither is impartial or has any inherent authority. Which one is more reliable is a case-by-case, day-by-day evaluation that is left up to the reader, and as to which there will be nothing like consensus.


If just about everyone now understands this, it is a good thing.


http://www.powerlineblog.com/archives/2016/09/witnessing-the-final-demise-of-mainstream-media.php
Posted by Frances Rice at 9:42 AM