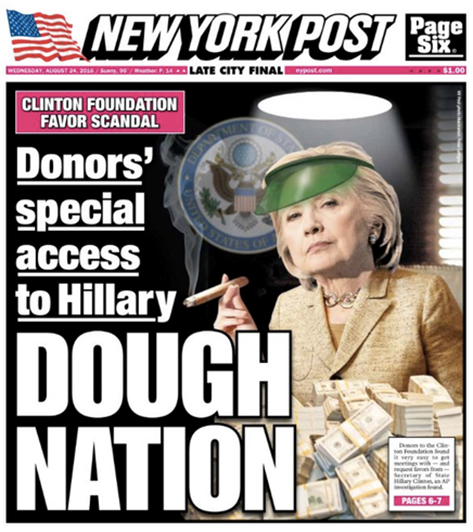 
How Teneo Hit Up John Podesta On Behalf Of A Client, Foundation Donor, And Paid Speaking Sponsor
In February 2014, Senior Managing Director Of The Teneo Group, Orson Porter, Attempted To Set Up A Meeting Between BHP Billiton CEO Andrew Mackenzie And Then- White House Counselor John Podesta.


Newly released emails from WikiLeaks show that while John Podesta served as White House Counselor, a senior Teneo executive was negotiating tens of millions for Bill Clinton and padding his own bottom line, while seeking to curry Clinton favor by getting a meeting for the CEO of one of its anchor clients, saying he’d “really appreciate if you could see Andrew [Mackenzie, the CEO of BHP Billiton].” Just as a simple favor.


BHP, one of the world’s largest companies, had never sent anyone to attend CGI nor has any relationship with the Foundation.  A client of Teneo’s since early 2011, Teneo partners encouraged them to send a senior person to CGI in 2011 to begin building a stronger relationship between BHP and the Foundation/President Clinton.”
Complied by the RNC.
Posted by Frances Rice at 2:26 PM